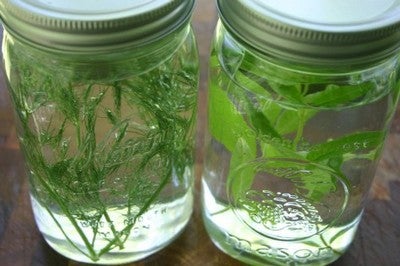 A weekly look at what we’re reading, cooking, and clicking now.

• It’s a culinary axiom: Everything tastes better on a stick! MattBites believes in it so deeply that he wrote an entire cookbook celebrating the perfection of wood-mounted foods. MattBites

• This visual guide to the taxonomy of pasta helps you tell your fusilli lunghi from your fedelini. Charming Italy

• Grapevines are being planted on royal property in the UK, with plans to produce a royal sparkling wine. UK Telegraph

• Roger Ebert writes, frankly and eloquently, about his life eating through a G-tube, a plastic feeding tube semi-permanently attached to his stomach. Sun-Times

• Beloved Chez Panisse chef David Tanis (author of A Platter of Figs, a favorite cookbook of certain Saveur.com editors) is leaving the restaurant; his next gig is a regular column for the New York Times. SF Gate