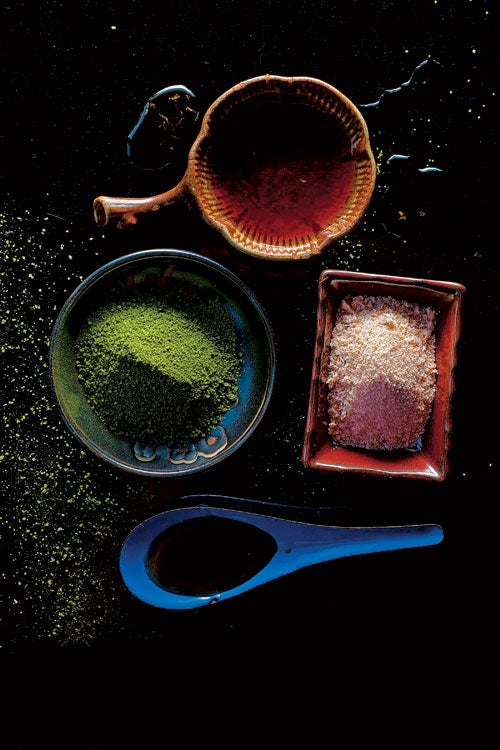 For centuries, crisp-fried tempura has been a mainstay of Japanese tables. But according to sources like Shizuo Tsuji’s Japanese Cooking: A Simple Art (Kondasha America, Inc., 1980), this iconic food was actually introduced in the 16th-century by Portuguese and Spanish missionaries, who were accustomed to batter-frying their fish. Other fried Japanese foods, like the breaded pork cutlet tonkatsu, also originated in this period.

Adapting the European technique to their own tastes, Japanese cooks lightened the batter and created a dipping sauce intended specifically for the dish: a dashi, or stock made from dried fish and seaweed, which was enhanced with grated daikon. The umami-rich sauce, versions of which are served in tempura-ya, the tempura restaurants found all over Japan, boosts the delicate flavor of the deep-fried specialty.

When we invited the New York-based chef Tadashi Ono into the Saveur test kitchen to show us how he prepares his ethereal shrimp and vegetable tempura (see Light as a Feather), we asked him for his recipe of this traditional condiment. Ono’s pungent dip consisted of dashi, soy sauce, and sweet rice cooking wine and was punctuated with refreshing grated daikon, as well as fresh ginger, whose spiciness contrasted with the nutty flavors of the tempura batter.

Almost as common as the sauce are seasoned dipping salts; these add mouthwatering salinity to a food that is otherwise cooked without any seasoning. Ono showed us how to make two such salts. The first combined sea salt with matcha green tea powder. Made from finely ground tea leaves, matcha lends the dipping salt a brilliant vegetal edge.

The final recipe was the most ingenious; for this condiment, Ono made use of the reserved shells he had peeled from the shrimp, roasting them until pink and crisp, and then pulverizing them in a spice grinder before mixing them with sea salt. The shells brought a toasty, briny depth to the seasoning that contrasted with the natural sweetness of the crustacean, adding to the complexity of an inherently simple food.