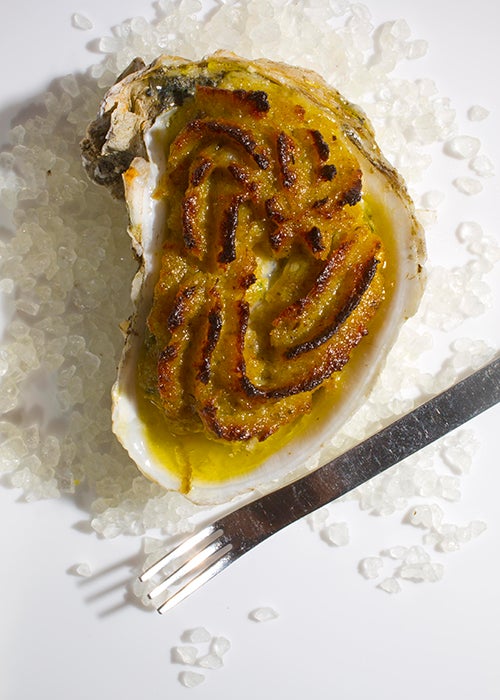 This oyster dish gets its robust flavors from bacon, ham, and sherry. Todd Coleman
SHARE