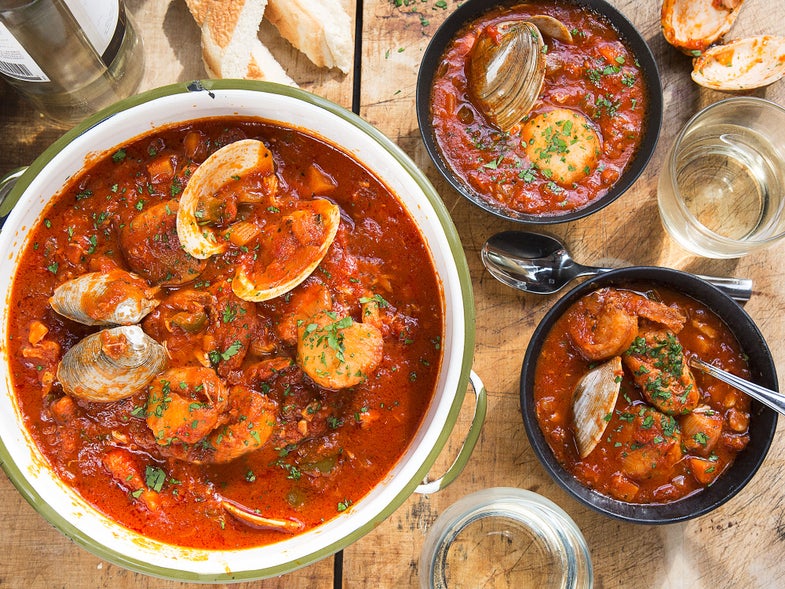 This Cioppino recipe is undeniably a San Francisco original, made famous in the 1850s by Genoese immigrant Giuseppe Bazzuro at his eponymous restaurant. Derived from the traditional ciuppin—which means “little soup” in the Genoese dialect—the dish was originally a puree of cooked vegetables and leftover fish scraps. Over the years, Bay area chefs transformed it into a luxurious stew using local delicacies such as dungeness crab, as in this version from the city’s legendary Tadich Grill.