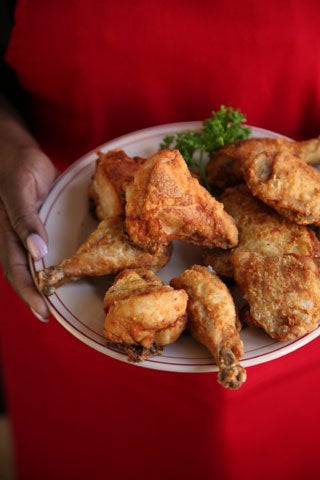 An irresistible Southern favorite, and easier than you might think. Pairs well with cold beer and hot baked beans. Andr&eacute Baranowski
SHARE

When preparing a chicken for frying, cook Tom Sheron of the Hollyhock Hill restaurant in Indianapolis halves the breast crosswise instead of lengthwise, leaving the wishbone intact. “It’s the way fried chicken used to be cut,” he says.