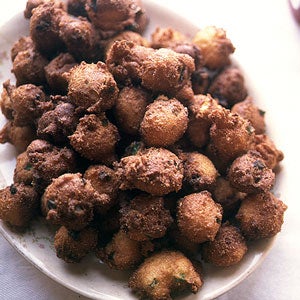 Hush puppies are delectable little balls of fried, seasoned cornbread, and a favorite accompaniment to Fried Catfish . You can fry them right alongside the catfish, in the same hot oil, in the same skillet, if you like.