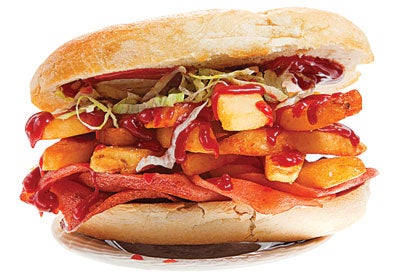 In South Africa, french fries, bologna, and achar was dubbed The Gatsby after the 1974 film The Great Gatsby, which played there at the time of the sandwich's invention. See the recipe for The Gatsby ». Todd Coleman
SHARE