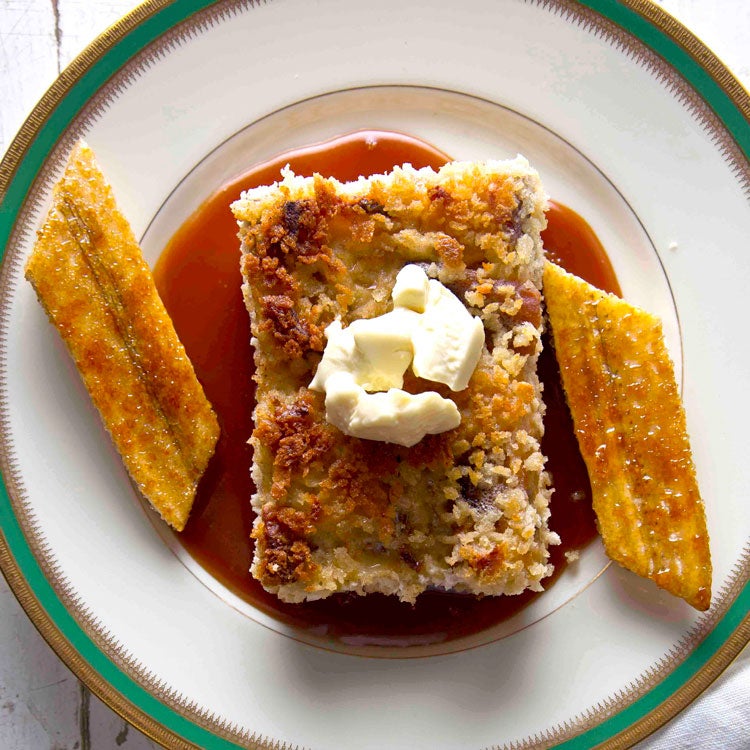 This decadent take on an iconic New Orleans dessert, from Mat & Naddie’s Restaurant in New Orleans, Louisiana, gilds the lily, pan-frying white chocolate-enriched bread pudding, and plating it with satiny caramel and bruleed bananas. This recipe first appeared in our December 2012 issue along with Ben Mims’s story Beyond the Pale.

For the White Chocolate Bread Pudding

For the Rum Sauce and Bananas