Hummus with Hen of the Woods Mushrooms 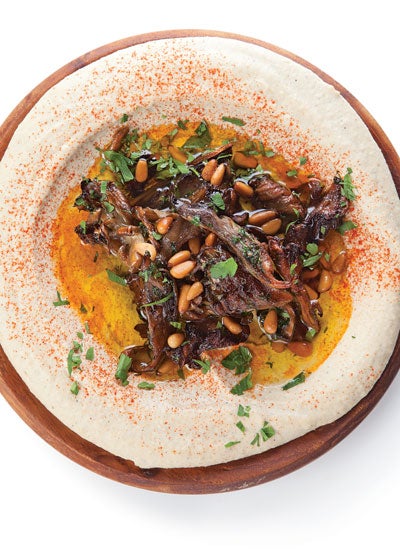 A tangle of fried mushrooms provides textural contrast and a savory boost to this silky hummus. Todd Coleman
SHARE

Chef Michael Solomonov gave us the recipe for this silky, cumin-laced chickpea spread, which gets contrasting texture and a savory boost from a tangle of mushrooms. It’s served at Solomonov’s restaurant Zahav in Philadelphia. This recipe first appeared in the 2012 SAVEUR 100, with the article Zahav.