5 Places to Eat in Portland, Maine 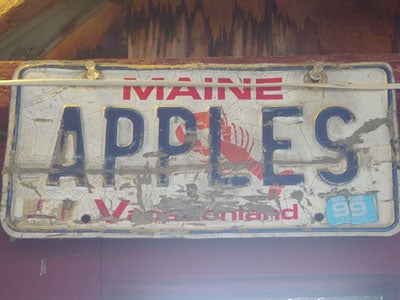 It’s no longer a secret that Portland, Maine, is an eating town.

Abandon hope that you can fit a meal at all its worthy establishments into a long weekend. I know: I’ve tried. Portland has become a city where food treasure hunts unfold over seasons, not just short stays.

But if you aren’t lucky enough to call Portland home, a visit of any length will afford you untold opportunities to tickle your taste buds. Following are my five Portland “mind pops”— greatest hits of decadent indulgences. While some of these items can be sampled only during a visit, I’ve included a few whose online retail options will bring you a taste of Maine no matter where you live.

I love bacon. I eat it next to pancakes, in pies, and over salads. Imagine my delight when I learned that Nosh Kitchen Bar was swaddling thick strips of bacon in tempura batter, deep-frying them, and then serving them in a puddle of chestnut honey and crushed toasted hazelnuts. It tastes as good as it sounds.

It’s really saying something that I, a confirmed chocoholic, am recommending a vanilla milk shake. But this isn’t any old milk shake. Duckfat, known for its Belgian fries, has turned to Tahitian vanilla beans to transform standard fare into the spectacular. Creamy, singing with flavor, and thick enough that you may abandon the straw for a spoon, this drink is a dessert and a dream rolled into one.

Micucci Grocery Store (known locally as just “Micucci’s”) is an Italian deli and market with a hidden gem of a bakery in the back. Baker and cookbook author Stephen Lanzalotta produces a masterful Sicilian half-moon Luna Bread that’s as soft as a pillow and as addictive as laughter. Customers rave about his pizza, which I can attest is also otherworldly, but there’s an elegant simplicity in how four ingredients can be combined to form a masterpiece.

It’s no easy task to take the memorable tickle on your nose from a filled champagne flute and distill it into the center of a chocolate truffle. Amazingly, Dean’s Sweets has done just that. The result, with a hint of fizz and that flavor of indulgence, is the mark of a creative chocolatier. Not in Maine? Not to worry: you can order your favorite flavors in various quantities from the shop’s website.

**”My Husband’s Favorite” from JulChris Cookies
**
Aim to arrive at Deborah Perry Integlia’s JulChris Cookies just after she opens her shop for the day. The cookies will still be warm and she’ll allow you to sample them before you purchase. I’ve tried seven types of cookie at JulChris (she rotates batches each day), and while they’re all memorable, I cannot get “My Husband’s Favorite” out of my mind; its blend of shredded coconut, chocolate chips, and walnuts is outstanding. Buy at least two so you don’t have to share. JulChris Cookies are also available by mail order at the website below.