How to Make a Whiskey Sour with Marmalade 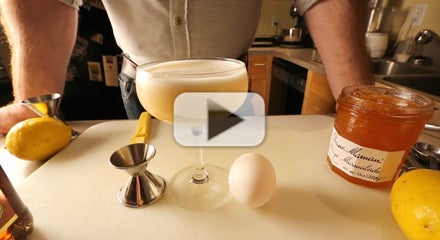 The usual whiskey sour gets its citrus notes from lemon juice, but in the version from Jeffrey Morgenthaler, bar manager at Clyde Common Hotel in Portland, Oregon, the summery fruit flavor is intensified with the addition of orange marmalade. In this video Morgenthaler demonstrates his spin on this classic cocktail, amplifying sweetness and texture with Bonne Maman preserves, and a dash of egg whites to ensure a smooth-as-silk finish.

See the recipe for Whiskey Sour with Marmalade »