The murky origins of one of the most popular drinks of the 1970s reveals a tale of surfers, marketing, and a mysterious bartender 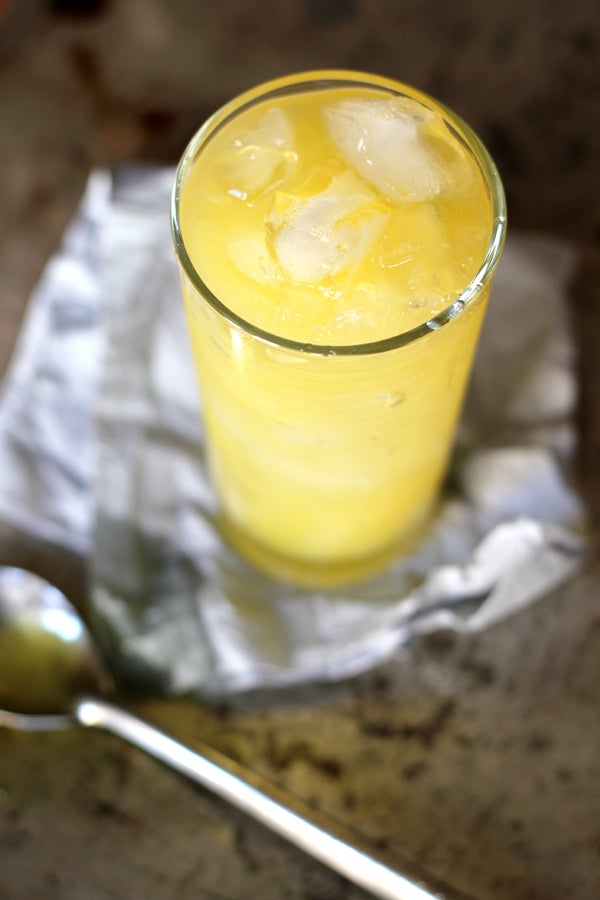 The Harvey Wallbanger has one of the most memorable names in cocktail history—and one of the worst reputations. A mix of vodka, orange juice and Galliano, it was one of the preeminent drinks of the 1970s, a decade recognized by drink historians as the Death Valley of cocktail eras: a time of sloppy, foolish drinks made with sour mix and other risible shortcuts to flavor, christened with silly monikers like Mudslide and Freddie Fudpucker.

Not that Harvey Wallbanger is necessarily one of those. It’s actually got one of the best—and most unforgettable—handles in the annals of mixed drinks. This may be why it’s survived long enough to be reappraised: Shortly after Galliano returned to its original recipe a couple years ago (after spending a few decades as a sweeter, slightly watered-down version of itself), mixologists began to sneak the drink back on respectable lists.

This is all good news for Donato “Duke” Antone, the largely forgotten bartender who, according to longstanding legend, is the creator of the Wallbanger, as well as a number other two-ingredient wonders of the time, like the Rusty Nail and White Russian. Antone, the oft-repeated story goes, ran Duke’s “Blackwatch” Bar on Sunset Boulevard in Hollywood in the 1950s. At the time of his death at the age of 75 in 1992, he was the retired headmaster of the Bartending School of Mixology, according to an obit in the Hartford Courant.

So, did he invent the Wallbanger? As much as we hate to doubt a WWII vet and “the recipient of two silver stars, two bronze stars, two Purple Hearts and a Croix de Guerre” (the Courant again), the bartending profession has a long history of credit-grabbing. The provenance of almost every famous cocktail is clouded by the claims and counterclaims of various barmen. Certainly, all the drinks associated with Donato display the same, ham-fisted modus operandi. Take a potent, straightforward base spirit (vodka, whiskey), throw in a taste-profile-dominating liqueur (Galliano, Drambuie, Amaretto, Kahlua), maybe some juice or cream, and hey presto: New drink! But few figures in bartending history can lay claim to quite so many famous drinks as Donato does, so one doubts the man himself invented all of them.

According to folklore, Donato invented the Harvey Wallbanger in 1952. It’s said he named it after a Manhattan Beach surfer and bar regular named Tom Harvey—a man about whom we can find nothing recorded. But the cocktail didn’t become popular until the early 1970s. This sudden reversal of fortunes coincides, unsurprisingly, with a boost from George Bednar, who in 1966 became marketing director of McKesson Imports Co., an importing company that handled Galliano. Bednar somehow found the Wallbanger and hoisted it up the barroom flagpole—round about late 1969, a rather pained-looking, sandal-wearing surfer mascot named Harvey Wallbanger appeared. His line: “Harvey Wallbanger is the name and I can be made!”

And, boy, did the world make him! Soon, reports were cropping up of bowls of Wallbangers being consumed at Hamptons parties and on Amtrak trains. Harvey Wallbanger cakes were sold. A Puli named after the drink won dog shows. By 1976, Holland House was putting out a Wallbanger dry mix and pre-blended bottles of the cocktail were sold. Riding this wave, Galliano became the number one most imported liqueur during the Me Decade, exporting 500,000 cases a year to the U.S.

Antone and his Blackwatch bar, however, are difficult to find in the story of this heyday. He’s not quoted or mentioned in articles or advertisements before or during. Given that the drink rose to fame with the arrival of Bednar, one can’t help but suspect that good old Harvey was the invention of the Galliano marketing department, and that Antone had nothing to do with it. But the flaw in that theory lies in that Courant obit, which indicates that Antone himself never denied creating the drink. So what came first, the Blackwatch or Bednar?

I dug up a number of answers in the back pages of the Courant, which printed a few stories on Antone over the years. It even ran a photo or two, provided pictorial evidence that a short, balding man with thick, black-framed glasses named Donato “Duke” Antone did indeed breathe air. A 1966 article about Antone’s bartending school, located on Farmington Avenue, tells us that he was born in Brooklyn in a Italian-Jewish neighborhood, ran liquor for bootleggers as a youngster, had his first legal bartending job at a place called Diamond Jim Brady’s, and was he was “a likable, fast-talking Runyoneseque character.”

Further digging in the Courant reveals that there’s a good reason you can’t find evidence of Antone and the Blackwatch Bar in Los Angeles during the 1950s and ’60s—it’s because the man was living in Hartford that entire time. The 1966 article says he founded his bartending school in 1949 “after he found, when working in Las Vegas, that it was difficult to find good bartenders,” and that it “took him 14 years to perfect the school’s curriculum.” Those would be the years when he was supposedly mixing up Wallbangers for beach bums.

The 1966 story identifies Antone as the author of some new drinks—including the Italian Fascination, which “has won prizes” and “contains Galliano, Kahlua, triple sec and sweet cream”—but the Wallbanger is not mentioned as one of them. However, in a subsequent 1970 story, Antone gets full credit for the Wallbanger. By that time, the drink was gaining fame and popularity. So what happened between those two datelines?

This sentence in a 1977 Courant piece, in which Antone is identified as “retired,” might hold the key: “Antone…has not limited himself to mixing drinks. Rather, he has been active in all aspects of the liquor industry ranging from restaurant design to marketing.”

“Marketing”! Okay, theory time: Could it be that Bednar, newly hired at McKesson in 1966, read about Antone’s Galliano-heavy Italian Fascination cocktail, and then traveled up to Hartford to see if the bartender, for a fee, could come up a few more cocktails featuring the liqueur? (Around this time, Antone also invented the Freddie Fudpucker, basically a Harvey Wallbanger with tequila.) The tale of the Blackwatch Bar, phantom surfer Tom Harvey, and the sudden appearance of the Wallbanger cartoon figure—those could all be examples of Bednar and Antone’s marketing acumen.

Noted cocktail historian David Wondrich—who, as it turns out, has been doing his own digging in the Wallbanger—pointed out the the Harvey surfer character had been designed by a commercial artist named Bill Young, at Galliano and McKesson’s behest. The cartoon figure hit the U.S. like a lava flow in late 1969, “pop art posters, bumper stickers, buttons, crew shirts, mugs and the whole bit,” according to a San Antonio Light article uncovered by Wondrich from October 30, 1969. “With Young’s Harvey to blaze the way,” said Wondrich, “Antone’s simple—even dopey—drink would go on to be the first drink created by a consultant to actually take the nation by storm.”

By 1981, Duke had opened a new academy, Antone’s School of Mixology, and was full-on boasting that he was the genesis of “the Harvey Wallbanger, the Rusty Nail, the White Russian and the Kamakazi, as well as the Freddie Fudpucker.” The reporter of that account seemed disinclined to believe him.

Do I believe him? Well, I never had much faith in the story of the Harvey Wallbanger’s creation. (A surfer at Manhattan beach going all the way to Sunset Boulevard for a drink? A Italian-American who gives his bar a Scottish name?) But I do believe Antone had something to do with creating the cocktail. To paraphrase the cartoon Harvey: “Cocktail history is the game, and I can be made up.”

See the recipe for the Harvey Wallbanger »