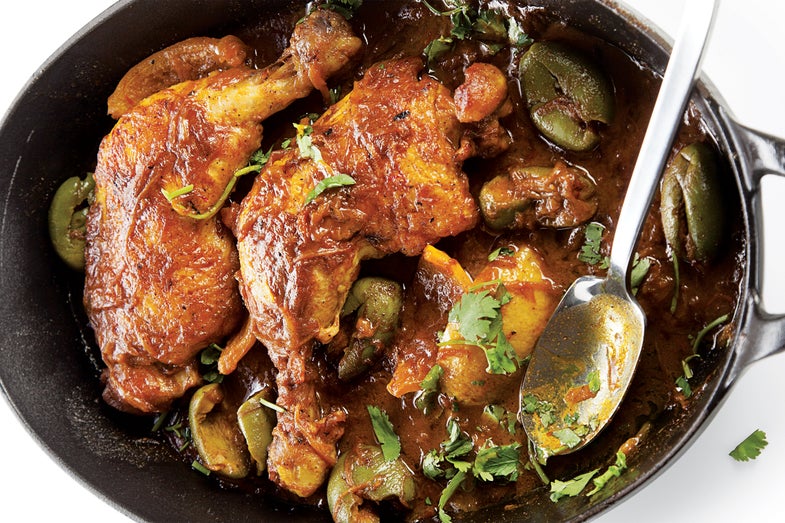 Tagine, the Moroccan stew, shares its name with the terra-cotta pot it's traditionally cooked in, whose neat conical lid promotes convection and even cooking. There are many versions; maybe the most classic is braised chicken, green olives, and lemons in a sauce fragrant with ginger and coriander. Get the recipe for Chicken, Olive, and Lemon Tagine (Djaj Mqualli) ». Todd Coleman
SHARE

From a savory Moroccan tagine to sweet, gooey Nutella breakfast rolls, the most popular recipes of December 2012—as determined by you, via our Pinterest, Twitter, Facebook, and on-site traffic—are an eclectic bunch. But they do all have one thing in common: that essential, soul-warming quality that makes for the very best cold-weather cooking, eating, and sharing.

See December’s 10 most popular recipes in the gallery »