We get dozens of cookbooks each week at SAVEUR, and every month we share our favorite new releases—books that, through one avenue of greatness or another, have earned a place on our over-stuffed shelves. Our picks for December cover a diverse array of subjects, from recipe-driven books filled with nourishing breakfasts to the history of food in American art. 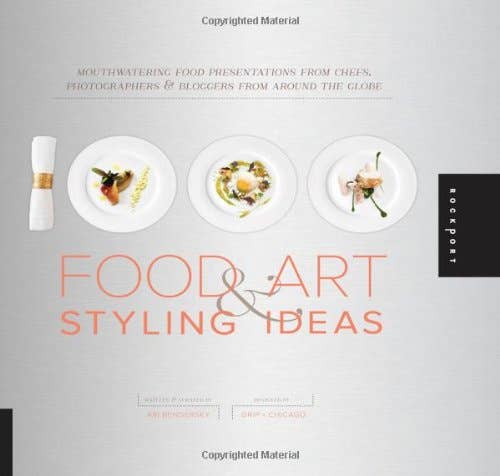 There's a distinct pleasure in visually capturing a subject that communicates primarily through smell and taste—and I'm certainly not the only one whose search for perfect ingredients is matched by a pursuit for the perfect angle. I was a wannabe photographer before I ever knew how to cook, and taking pictures in the kitchen has been an important means of honing both my culinary and artistic skills. However, it sometimes happens that I go to photograph a plate and come up with nothing worth sharing. For those times, I'm happy to be able to turn to 1,000 Food Art and Styling Ideas, an exhaustive resource of visual inspiration for the amateur and professional photographer alike. It contains no text save a brief introduction, so the focus, page after page, is on the unique presentation of a thousand colorful, gorgeous dishes. If I'm ever looking for ideas on how to plate and capture seafood, I'll flip to the book's "Sea" chapter; for visual storytelling, I'll turn to "Narrative"; and for the perfect way to style a big batch of cookies I'll leaf through "Multiples." One thing's certain: My Instagram account is about to get a serious upgrade. _—Zoe Schaeffer 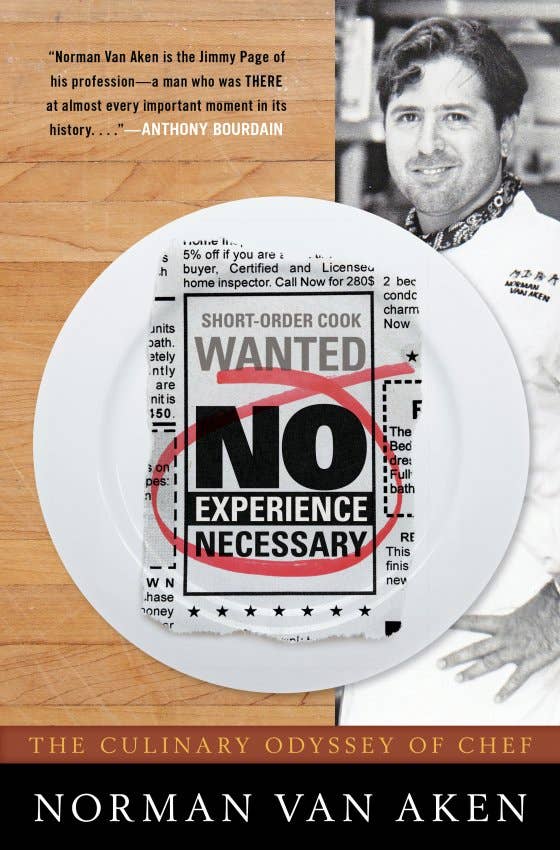 “Cooking is a very noble profession. Please keep in mind that this is the only art practiced under the pressure of time to regale the taster a pleasure as fleeting for his palate as it is lasting on his or her memory.” These are wise words from a Colombian stranger that chef Norman Van Aken met in a small, Key West dive while searching for inspiration. And it’s with those words that I’m struck for this cook’s passion to be fed. This culinary memoir includes a smattering of recipes mostly derived from kitchens of Van Aken's colorful past, like a gin and tamarind tea cocktail he once served to Tennessee Williams so delicious it will now become a summer staple in my home. But the book’s main focus is on the sacred friendships Van Aken formed with the late Charlie Trotter (whom Van Aken took from busboy to the kitchen) and Emeril Lagasse. He also pays tribute to other mentors and friends that have since passed; had this book gone to print just a few months later, his devoted friend Charlie—who died this past November—would have been included on that list. _—Anne Roderique-Jones 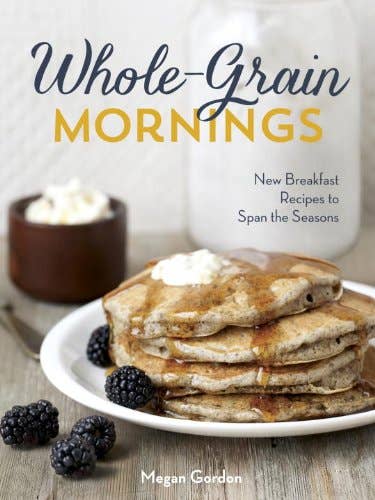 On winter mornings, when my hardwood floor is startlingly cold and my radiator starts its weak hiss, this Alabama native struggles to emerge from a warm quilt to face the New York day. But Megan Gordon's Whole-Grain Mornings has made starting each day a bit easier. The seasonally-organized, breakfast-centric cookbook features sunny twists on whole grains, like baked pumpkin risotto and savory barley with mushrooms and parmesan, that are both unexpected and healthy. Subtly sweet and deliciously nutty, Gordon's hazelnut cacao nib granola is ideal for when I've made my mornings a little more hurried by refusing to get out of bed. Even better, I've already dog-eared Sunday's breakfast: kale, poached eggs, and wheat berries, slow simmered in a bright, tomato stew. It will be the weekend, so I'll enjoy it, of course, after a few guilt-free extra minutes buried beneath my covers. _—Elizabeth Childers 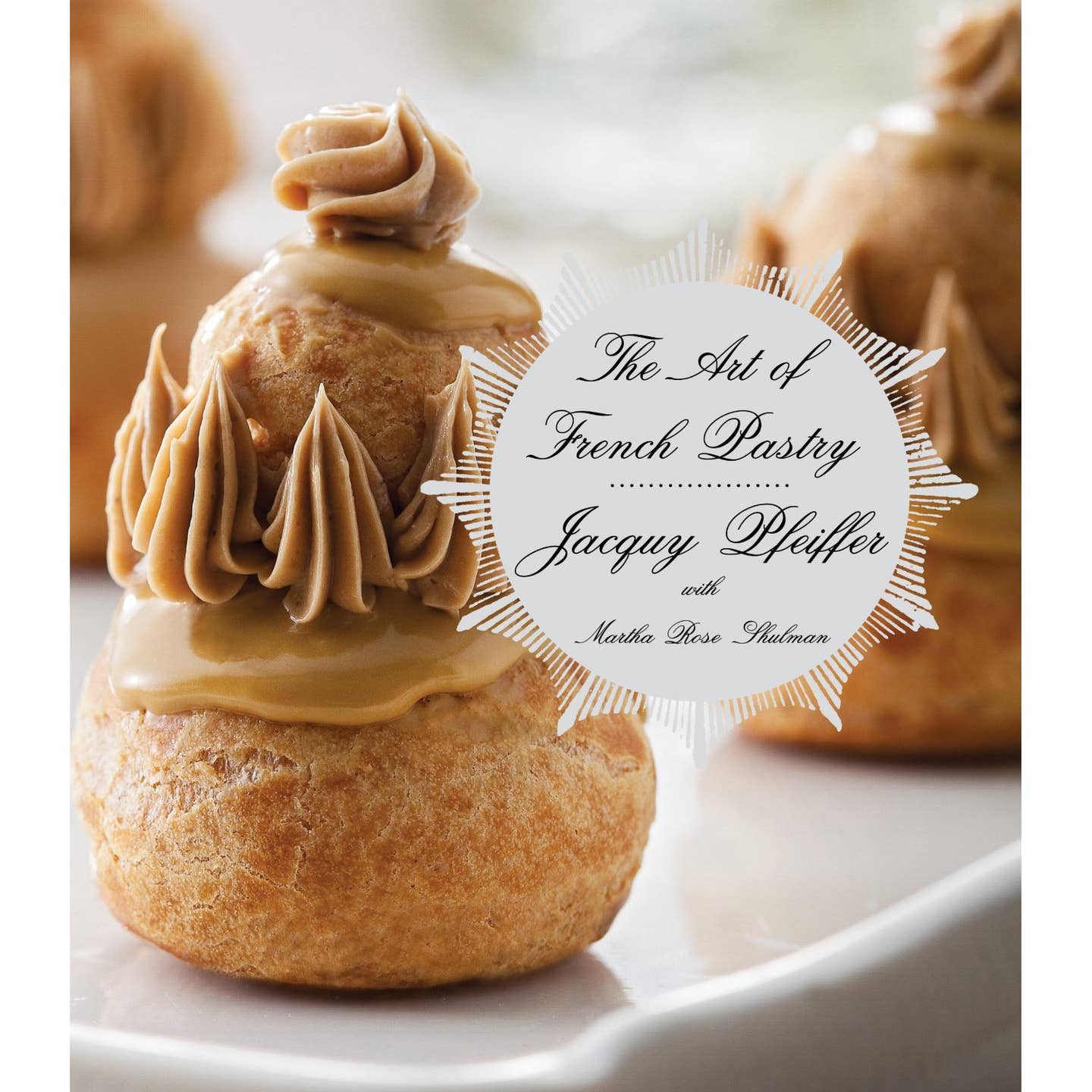 The Art of French PastrySHOP NOW

When I lived in Paris, one of my greatest daily pleasures was stopping by my favorite bakery every afternoon on the way home for an individually sized tarte au citron or opera cake, the colorful confections artfully arranged behind glass windows. Living now in New York City, where a true Parisian pastry is harder to find than one might think, I was delighted to find a pastry book as comprehensive, fun, and educational as Alsatian-born chef Jacquy Pfeiffer's The Art of French Pastry. Scattered throughout the book are humorous tales from Pfeiffer's past, each connected with a recipe, from his childhood pâté chaud Alsacien (hot pâté) and kougelhof, a brioche-type bread eaten throughout Alsace on Sundays, to coffee religieuses and Paris-Brest shells. Making pastries this elaborate isn't simple. In fact, it is downright complex and time-consuming, demanding attention to detail at every step. But thanks to Pfeiffer's careful, straightforward explanations and helpful diagrams, I am now assembling alternate layers of puff pastry and pastry cream for a mille-feuille with the utmost precision. _—Tesalia De Saram

Available December 3 from Knopf; $40
Buy The Art of French Pastry 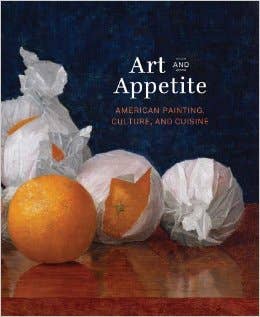 by The Art Institute of Chicago

Covering the depiction of food in American art from the early 1800s on, Art and Appetite: American Painting, Culture, and Cuisine is a compendium of delightfully obscure essays and recipes that study the many ways in which food and art influence one another. Thanks to smart, descriptive analysis of the art itself, focused descriptions of individual artists' relationships to food (Edward Hopper seemed to care little for food; he and his wife often made dinner from a can), and compelling writing on topics such as the history of alcohol in the States and the commercialization of food in Pop art, I now have a new appreciation for works like Andy Warhol's Campbell's soup cans and Claes Oldenburg's enormous and bizarre canvas sculptures. But what really makes Art and Appetite come to life are the recipes included in each chapter. Radishes in broth now make me think of nature's symmetry and the roots of American still-life painting, while orange marmalade and breakfast biscuits are forever engraved in my mind as symbols of anxious consumption and art in the early twentieth century. _—Oliver Erteman 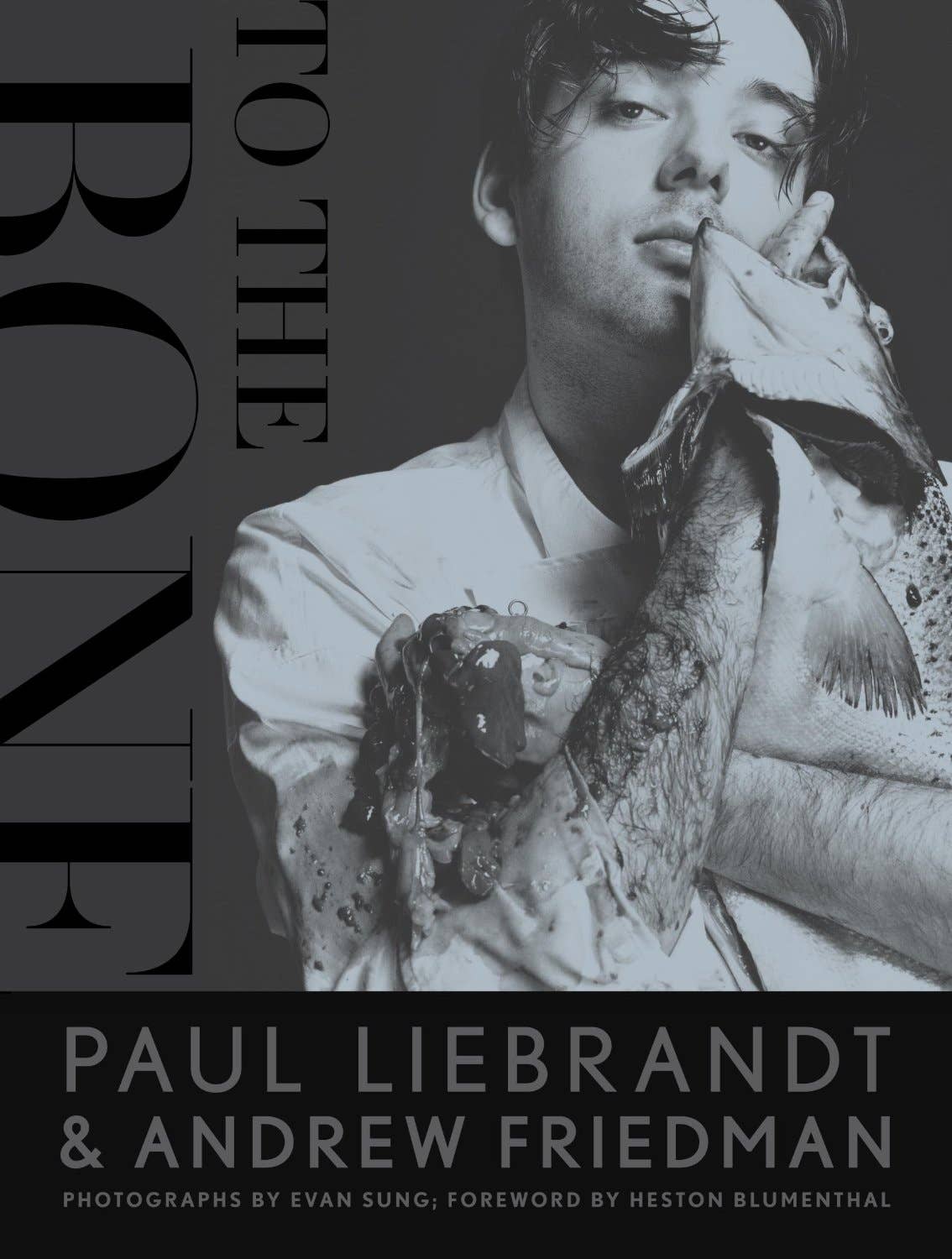 by Paul Liebrandt and Andrew Friedman

Paul Liebrandt has a reputation for sensationalism. He's worked his voodoo magic fabricating brilliantly obscure dishes in the best New York kitchens only to be fired right after. After all, his reputation began when, at 24, he was crowned with three stars from the New York Times, becoming the youngest chef ever to receive the honor. So when I picked up Liebrandt's book, written in collaboration with Andrew Friedman, I was expecting it to be filled with pretentious accounts of a self-glorifying journey to chef stardom. To the contrary, Liebrandt's book, which he claims cannot be called a memoir, does much in the way of de-mystifying what seems to be his stereotypically glamorous chef lifestyle. He started at the bottom and toiled endlessly from one thankless kitchen position to the next in a harsh and unforgiving culinary world. Then he fell from the top and did it all over again, his only friend his relentless passion. And though there are recipes in To The Bone, the book is not really about them, nor is it about fame or glory. What it really boils down to is Liebrandt's singular obsession with food. "I write it that way because that's the way I think of it: as the object of an existential quest to be pursued at the expense of just about anything else." _—Zainab Shah

Available December 3 from Clarkson Potter; $30
Buy To the Bone