The Best Places We Visited in 2014

From Memphis all the way to Iceland, we crossed the world this past year, stumbling upon towns and cities with delicious food and interesting cultures that captured our hearts. Here are the places we can't forget about. 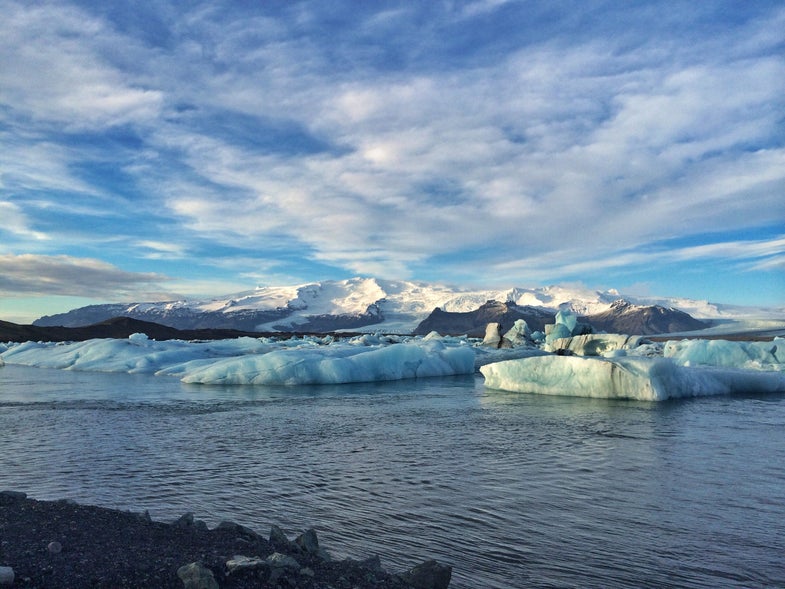 This was a big travel year for me: Iceland, Dominican Republic (twice!), Omaha, Atlanta, Ohio…I’ve been to Iceland twice in the last 12 months—once in winter and once in summer—and fell head over heels with the country and the people. Amazing food, culture, coffee, hot springs—Iceland has it all! —Judy Haubert__, food & prop stylist

After spending a few weeks in one of the most densely populated places on earth, I escaped Hong Kong for a day to go hiking. A train and a few local buses brought me out to Dragon’s Back hiking trail in Wan Cham Shan. The craggy, snaking trail overlooks D’Aguilar Peninsula, which had some stunning views. The trail’s end is just a half mile from Big Wave Bay beach, an adorable hideaway complete with an open-air Thai food joint. —Allie Wist, art associate

I had an amazing time in New Orleans—the personalities are so rich! I had tacos with Phillipe Lamanusco, owner of Kitchen Witch Cookbooks; he told me about the first cookbook he ever owned, and how it survived Katrina on his front porch. I also went to We Got Soul, a Southern cuisine pop-up in the Bywater. On weekends the sidewalk outside is packed with waiting people holding wine bottles and to-go cups of beer (a true sign of civilization). The pork schnitzel with cream-mustard sauce and beer-braised red cabbage were totally worth the wait. —Thomas Werner, digital production assistant

We went to Providence, RI. I had the best eggs Benedict I’ve ever had at a place called Kitchen in the Federal Hill district. The food scene there is fantastic, and there’s lots of history to go along with it. —Adam Bookbinder__, art director

I spent just two days in Memphis, but after gorging on the sweet and salty country ham, served along eggs, hash browns, and biscuits & gravy, at Arcade Restaurant (opened in 1919, it’s the city’s oldest); the perfectly executed Soul Burger at bluesy Ernestine & Hazel’s (a former brothel); and the huge portion of Gumbo Cheese Fries I had to stop myself from finishing at the Blues City Café, I can’t wait to go back for more. —Keith Pandolfi__, senior editor

I basically drank my way around North America this year. In Oregon, I tried some incredible cocktails at Portland’s Ned Ludd; drank my fill of sour beers at Cascade Brewing; and had some of the most amazing, nuanced wines I’ve ever sampled at several wineries in the Columbia River Gorge. I also went to the Festibière de Québec in Québec City, where I tasted beers from breweries like Dieu du Ciel and Unibroue, as well as a bright pink Berliner Weisse from Pit-Caribou called Lollipop that I can’t forget. —Laura Sant__, associate digital editor

Back in May, I embarked on a Seabourn cruise on the Baltic Sea. I visited many glorious cities, but must tip my ushanka (Russian hat) to St. Petersburg, Russia. So much art, culture, and history. The best part was stumbling upon the Stroganoff Palace, the birthplace of one of my favorite dishes! —Kellie Evans, associate food editor

I took my first trip to Louisiana this year with senior editor Keith Pandolfi for the October 2014 feature on Gumbo. Not only is it gorgeous, but the people of Louisiana are so welcoming, and the food was amazing. I can’t wait to get down there again and really explore. I also took my first trip to Coney Island and had a Nathan’s chili cheese dog and rode the Cyclone! It was after school was let back in so was pretty empty, but the perfect weather. —Farideh Sadeghin,_ associate kitchen director_

In early November, I traveled to Iceland and was absolutely stupefied by its beauty. I was charmed by the scope of its natural wonders, the incredible local music scene, the whimsical Icelandic horses with their free-flowing manes and the purity of their cuisine—just like Judy, I fell in love with this tiny island and cannot wait to return. —Michellina Jones__, digital producer

I spent a weekend this summer staying in a gorgeous off-grid house designed by Linda Taalman and Alan Koch. Situated in the middle of a vast desert landscape in Pioneertown, California, it’s the perfect place to disconnect for a few days. —Michelle Heimerman, photo editor

My most memorable trips this year were to Israel and Mexico. In Israel, I traversed the countryside, exploring its nascent wine scene; a handful of wineries like Flam, Golan Heights, and Tzora have begun to make world-class wines worth traveling for. In Mexico, I took a long-weekend jaunt to the new NIZUC resort, at the southern end of Cancun. The quiet property—featuring the only private beach in Cancun—is a welcome respite from the spring-breaker scene just up the coast. Instead of slamming shots, I enjoyed sampling spa treatments, learning how to roll cigars, and eating my way through the resort’s six restaurants. —Erica Duecy__, digital director

I’ve dreamed of going to the Aeolian Islands, off the north coast of Sicily, for years, and this summer my husband and I finally went. We spent three days on Panarea, the smallest of the islands and one of the most peaceful, beautiful places I’ve ever been. We had our best dinner at Da Pina, which is known for its eggplant gnocchi, but the food everywhere on the island was amazing. —Camille Rankin, managing editor

This year I finally made it to New Orleans—and basically ate (and drank) my way through the city. I had the BEST Bloody Mary, like ever, at this dive bar called The Three-Legged Dog Tavern in the French Quarter. The bartender spent about 20 minutes making our drinks and topped each one off with a shot of Guinness. This Bloody Mary has ruined all others for me. More highlights were the wood-fired oysters at Cochon, the fried chicken at Lil’ Dizzy’s and at Coquette (I love fried chicken), the cocktails at Cure, and even the Hurricane I had at Pat O’Briens (#sorrynotsorry). —Stefanie McNamara, associate director, communications