Weekend Reading: The Reasons Behind the Halloween Candy Binge, and More 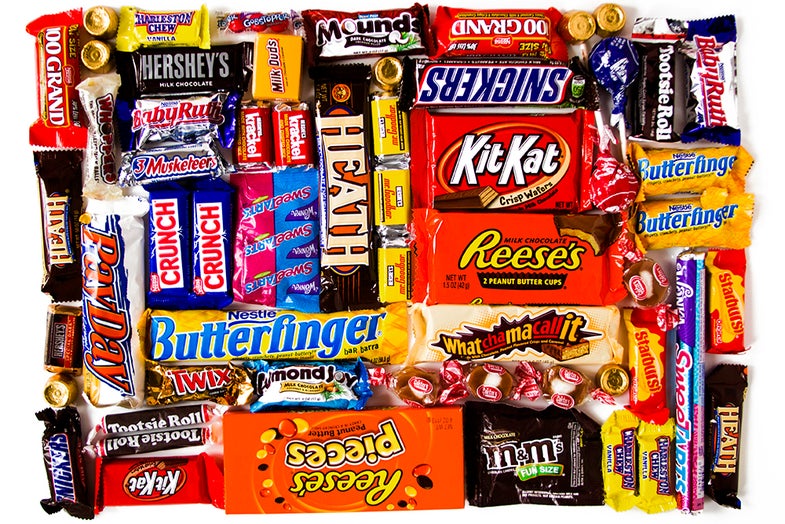 Too much Halloween candy this weekend? According to Michael Moss’ latest New York Times charticle, variety is at the heart of the Halloween binge. Assorted loot, conveniently sold in candy “variety packs” around the holiday, can actually provoke overeating. It’s the successive consumption of different foods (as in, four Starbursts followed by a Heath bar, a Twix, a Snickers, and a handful of Skittles), and the novelty of their distinctive flavors and textures, that delays the brain in signaling fullness. Cognitive scientists are calling it the smorgasbord effect. It’s probably why I love a good buffet. New York Times —Marissa Wolkenberg, copy chief

Lately, it’s hard to get through any sort of dinner conversation without someone bringing up gluten—either to talk about its various evils, or to dismiss gluten-free diets as nothing more than a trend. This week, Michael Specter took a more nuanced approach in The New Yorker, delving into the reasons behind the apparent rise of gluten intolerance and the medical community’s theories on what’s behind it all. [The New Yorker] —Laura Sant, assistant digital editor, @mizsant

As a budding lover (obsessive consumer?) of Rioja wines, I was excited to see New York Times Eric Asimov delve into their recent evolution. Although Rioja has been produced in its namesake region for centuries, Spain has only recently experienced a revival in the craft and creativity of its production. [New York Times Dining] —Allie Wist, art associate, @AllieWist

It was Drake’s birthday this week, which apparently meant opulent cakes, Dave and Buster’s, and multi-city birthday dinners, but the best part of First We Feast’s coverage of this baller b-day had to be the random GIF of Drizzy bum-rushing the bouncer at a strip club. [FirstWeFeast] —Felicia Campbell, associate editor, @hungryfi