The Slice is Right

Our guide to choosing the perfect cut of fish 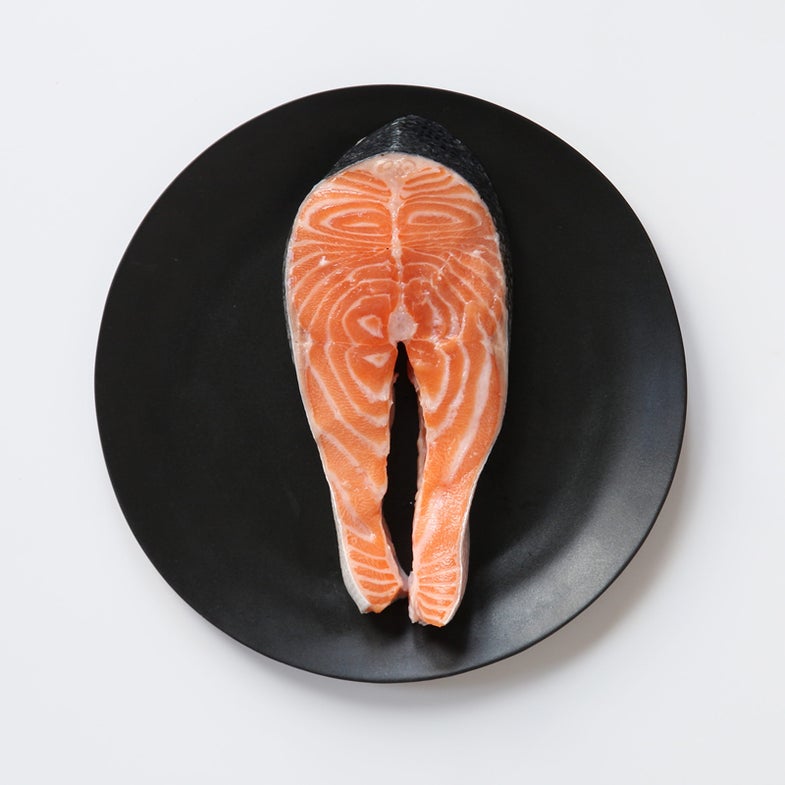 All fish species fall into two basic categories: round and flat. Ranging from massive swordfish to tiny sardines, round fish have torpedo-shaped bodies. Flatfish, such as sole and halibut, are bottom dwellers with flat bodies. Larger fish are broken down into smaller cuts, each of which is good for particular types of cooking. Cuts should be clean-smelling and firm, with tight-knit, even-colored flesh that hugs the bone. Avoid cuts that are spongy or falling apart, have a fishy smell, or show signs of yellowing or browning.

Darne The darne, or steak, is a crosscut of a larger round fish such as salmon or hake, usually one to two inches thick. It is sold skin-on and contains a section of backbone. The bone helps retain moisture during cooking, so this cut is great for high-heat methods: broiling, grilling, pan-searing. Crosscuts from flatfish are less common; they are often labeled tronçons.

Fillet This is the most common cut of fish and is taken from the sides of both round fish and flatfish. The fillets from larger fish such as cod tend to be sliced into individual portions, sometimes labeled supremes. Relatively thin and flat, fillets are versatile cuts that can be easily broiled, fried, grilled, braised, or pan-seared.

Loin Larger round fish such as swordfish and tuna yield a primal cut known as the loin, taken from above the spine in the section spanning from the back of the head to just behind the dorsal fin. The loin is typically broken down into rich, meaty slabs, which are delicious pan-seared.