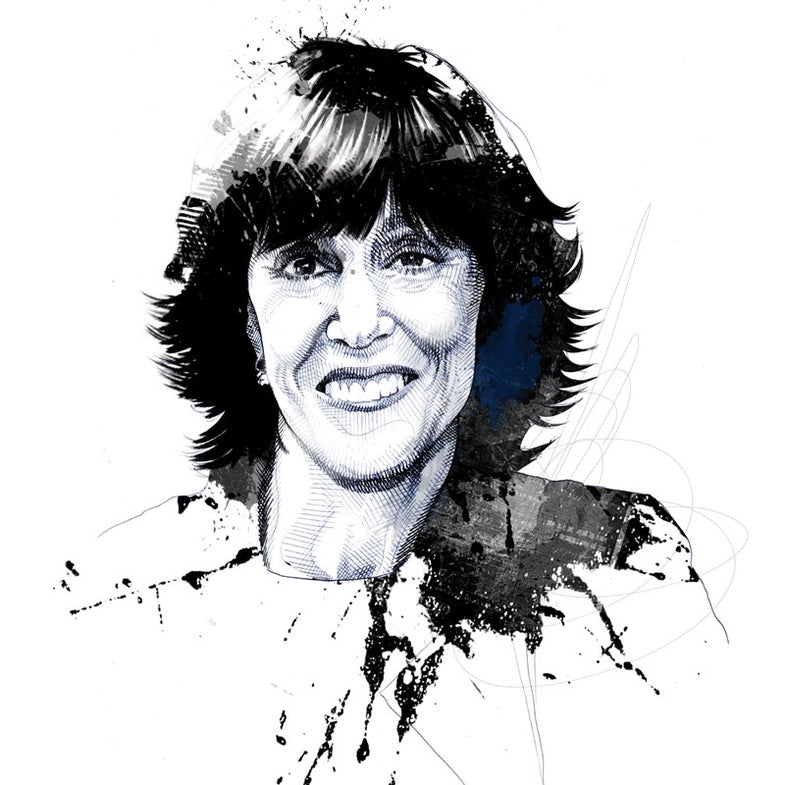 I was leaving Nora Ephron’s memorial, perfectly planned by Nora herself, when a mutual friend rushed up to me. “Here, Liz!” she said, clutching a loose piece of paper. “Nora included your recipe for biscuits.” Instructions for random dishes—22 in all—had been tucked into each of the programs handed out at the service. “Let’s see what you got in yours.” It turned out to be a confounding pâté recipe, which I quickly exchanged for my own biscuit recipe.

This was such an enormous compliment, the last bit of Nora’s food frivolity, charm, smarts, and, mostly, love. Reading the stories I filed over the years about Nora, they are full of that—love of food, love of occasion, love of tart and sweet, discussions of both comfort food and weird exotic eats, plus her opinions on any given subject. Her sister Delia said that, after Nora, the world was left practically opinionless!

Nora and I had been friends since meeting on a journalism panel in the 1960s, when she was a reporter for the New York Post. This was before her marriage to Carl Bernstein, before her scathing novel Heartburn, based on their pie-throwing divorce, before her screenwriting and sometimes directing of films—When Harry Met Sally, Silkwood, Sleepless in Seattle, Julie & Julia, and so many more.

My true coup was taking her to dinner early on with my special friend Lee Bailey, cookbook author, designer, and entertainment guru. Nora fell under Lee’s spell and spent the rest of her life asking, “What would Lee do?” They complemented each other: simplicity of design, rare use of color, no hors d’oeuvres before dinner (leave them climbing the walls starving), never serve fish (it’s eaten too quickly), give them four dishes, one always being a delightful surprise like grits or hot pepper gelée, and round tables, never rectangular, to keep them talking.

“You’ve got to get people hungry, sit them down informally, make them serve themselves, get them telling anecdotes, gossiping, and staying late!” she’d say. “Make them feel they’ve returned to where they want to be. Maybe get them to help do the dishes after.”

I lived and entertained with Lee in the Hamptons for 18 years. Nora seldom missed a dinner and eventually hosted. I served as the joke-telling bartender—Lee and Nora were adamant against formal servers and bartenders. They were the king and queen of simplicity. As she wrote in I Remember Nothing: And Other Reflections (Knopf, 2010), “My idea of the perfect day is a frozen custard from Shake Shack and a walk in the park.”

Nora became a foodie par excellence, a stubborn, strict producer of comfort and mirth. She has been compared to Dorothy Parker, but I knew Dottie and she was mean-spirited and cynical. Nora was the world’s activist, host, friend, adviser. I like better the comparison of Nora to Mark Twain, who wrote, “Bacon would improve the flavor of an angel!” Nora adored bacon too, and butter, truffle sandwiches, forbidden sweets—even Jell-O.

She was our own forbidden sweet, and we still taste and miss her. She would have loved going on observing and shaping a world where food has become theater. But she and Lee are somewhere else now, making new rules in paradise.