The Science of Yogurt 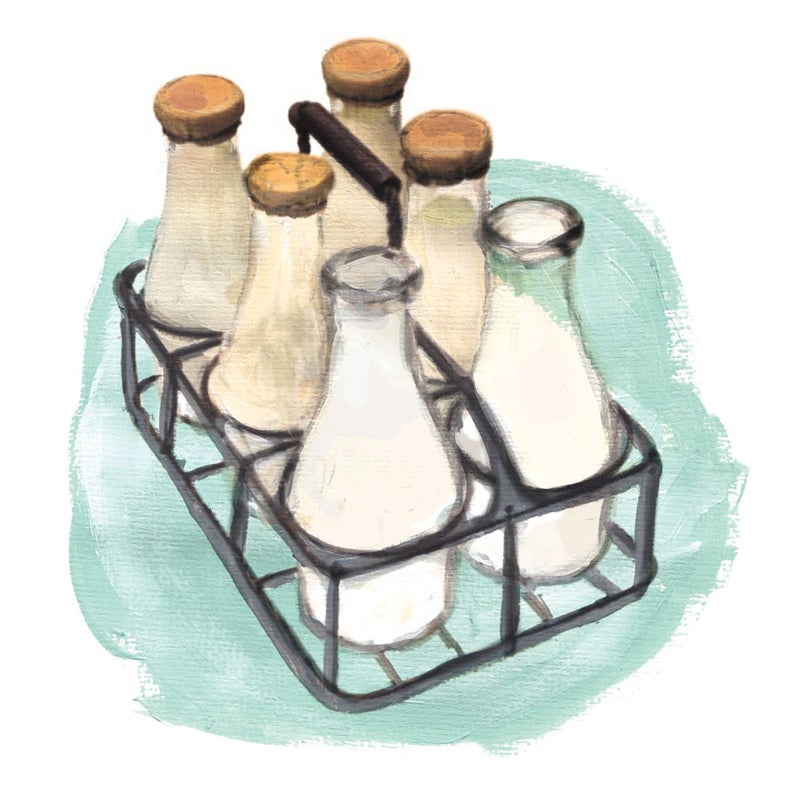 All yogurt starts as milk. With the addition of certain bacteria—also known as yogurt cultures—and under the right conditions, the milk transforms into a tangy, spoonable food. The added bacteria, usually Lactobacillus delbrueckii subsp. bulgaricus and Streptococcus salivarius subsp. thermophilus, are thermophilic, which means they activate at warm temperatures (between 86 and 114 degrees). When in this sweet spot, the bacteria feed on the milk’s sugars, known as lactose, creating a wholly new product within two to twelve hours. The by-product of this fermentation process is lactic acid, detectable to us as yogurt’s signature sourness. It forces the milk’s protein, or casein molecules, to break down and recombine, transforming milk from a liquid into a delicate, semisolid gel. Historically, yogurt makers all over the world fermented milk spontaneously, allowing the milk to interact with any number of ambient bacteria, which meant that yogurt varied tremendously from place to place. But in the early 20th century, Russian biologist Ilya Mechnikov isolated bacterial strains at the Pasteur Institute in Paris, creating the go-to starter—or culture used to begin each batch of yogurt fermentation—for almost all commercially and artisanally produced yogurts and changing the course of this homemade foodstuff.