Soulful, traditional dishes you’ll crave again and again—and where to eat them in Basque country 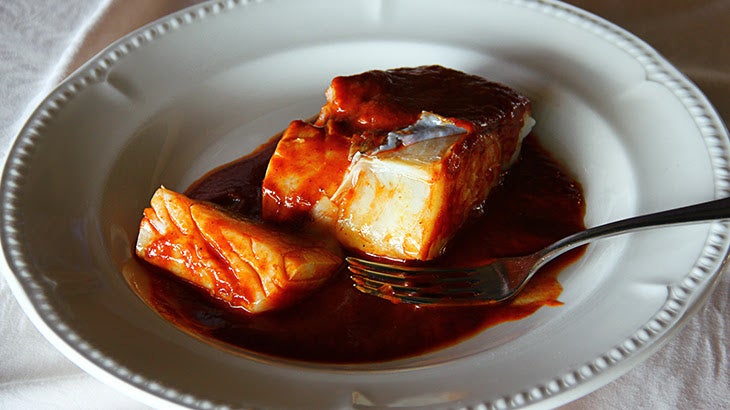 It won’t take long after arriving in Spain’s Basque Country to understand why it has become a destination for epicureans. Sure, the region boasts a slew of showy Michelin-starred gastronomic temples, but the true strength of Euskadi, as the locals call it, lies in its deep bench. There’s something for everyone here, from the rustic ciderhouses that dot the verdant landscape and proffer Flintstones-sized cuts of meat, to the sliver-like pintxos (tapas) bars where the txakoli wine is served chilled and the roasted piquillo peppers come bursting with crabmeat.

Over the past decade, many of the region’s most prominent chefs have turned their kitchens into laboratories and workshops, employing technical wizardry and ingredients from far-flung locales to create an experience that’s as much performance art as dinner. But to understand what those folks are doing, it helps to go back to the classics, those dishes that define the area’s traditional food in all its earthy and piscine glory. These are the humble yet dignified building blocks upon which today’s culinary wonders have been erected. When you’ve had your fill of distilled micro-greens and sous-vide pyrotechnics, these are the soulful dishes you’ll crave again and again.

Few ingredients are more closely associated with the Basque Country than bacalao (salt cod), and one of the most quintessential preparations is “a la Bizkaina,” meaning that the fish is gently sautéed in olive oil and dressed with a sauce of red choricero peppers, onions, garlic, and—sometimes—tomato. Chef Josu Aranguren’s version at Ikuspegi hits all the right notes; the sweetness of the onion meets the slightly smoky notes of the peppers, and the combination enrobes a filet so moist that the flakes yield to the fork.

Like Southerners talking barbecue, and New Yorkers kibitzing about pizza, Basques could spend hours discussing which restaurant makes the best chuleta (rib-eye). While they’re busy debating, slip away to the casco viejo (old town) district of San Sebastián and pull up a chair at Urbano, where the premium Galician beef is served with just the right amount of sear, alongside a pile of crisp fries and a side salad. Even carnivores will want to tuck into the brightly dressed lettuce and onions, which will help cleanse your palate and have you reaching for another slice of meat.

When Basques mention alubias (beans), it’s a good bet they’re referring to those grown in the municipality of Tolosa, an appellation you’ll often see on menus. Though the dried ones make a mean stew, the time to really savor them is in the fall, when they are still pochas, or freshly shelled beans. There’s no place better to do that than Frontón, where chef Roberto Ruíz slow-cooks his alubias until they’re tender but still perfectly intact, and serves them with the customary accompaniments of cooked cabbage, morcilla (blood sausage), paper-thin slices of lard, and pickled piparras (a local skinny green pepper). Garnish to your heart’s content.

Though the stone plaque on the exterior wall of Pedro Juan informs you that this family-run restaurant was established in 1922, you could surmise as much from the food, expertly rendered versions of über-traditional Basque dishes. With just a glance, you’ll know instantly that no tweezers or squeeze bottles were employed in the plating of your generous serving of hake—garnished with several clams and a single, fat, juicy white asparagus, and blanketed with a silky sauce that speaks of the ocean.

As far as Spain’s central government is concerned, Navarra is not part of the Basque Country, but try telling that to folks in Pamplona and points north, an area as culturally Basque as the land that abuts it. At the city’s finest restaurant, chef Koldo Rodero has reimagined txistorra (chees-TAWR-ah), a lightly cured pork sausage that’s often served up at Basque festivals rolled into a warm, thick corn tortilla, to be eaten like a hot dog in a bun. Transforming it into a mini-burger instead, Rodero grinds three different cuts of ibérico pork—the finest white meat on the peninsula—and blends it with txistorra’s typical seasonings of garlic, smoked paprika, and salt, to create the slider of our dreams.