The Ferrari of Basil: How to Pick the Best Ingredients for Pesto

When it comes to pesto, you can never be too particular 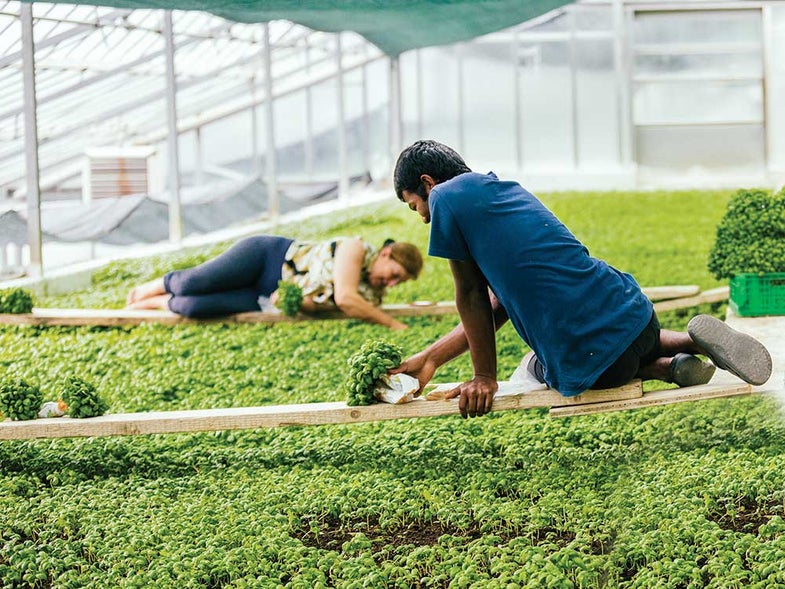 Featured in: Journey to the Place Where Pesto was Born ». Michelle Heimerman
SHARE

When Paolo Calcagno, a third-generation farmer in Celle Ligure, walks through the center of the sunset-colored village west of Genoa, old men on benches greet him with a symphony of ciaos. Young men manning café tables shake his hand as he passes. He is called “the mayor” around here.

Only in Italy could a basil farmer gain such status. And despite the much-cited opinion about the dominance of Pra’ in the art of basil raising, Calcagno’s crop is also highly sought after. It’s even packaged with a gauzy lavender wrapper to match the color of the wild bougainvillea dripping from every ledge and trellis of his property.

Inside his greenhouses in the hills that overlook the marine fog and terraced gardens particular to this alluring stretch of the coast, Calcagno runs his hands along the tops of his basil plants, gently pulling one here and there. “I do not say it is the Ferrari of basil,” says Calcagno over a lunch of trennete and swordfish ravioli with pesto, “but chefs say this.”

Tan, with a gold chain dangling beneath a soft cotton button-down shirt, he appears part pirate, part poet, part man of the earth. Calcagno chose to grow basil (his father and grandfather cultivated strawberries and tomatoes) and treats each new planting as if it were a newborn. “I cannot trust anyone else to look after it.”

In Liguria, basil is grown year-round in greenhouses, though it’s generally agreed that late spring is prime harvesting season. During the warm months, basil is grown for 28 to 30 days until it reaches a delicate maturity. In winter, the grow time stretches to nearly 60 days. When plucked, the leaves are still soft and light green, the stems thin and wispy. For it to be called Basilico Genovese, farmers must follow DOP rules, which do not allow pesticides or chemicals and require greenhouse shelter.

Many basil farmers pick the same crop in waves, four to six times—younger basil is better—and send these harvests off to restaurants and markets. After these waves, the basil is allowed to grow large and leggy, so it’s strong enough to transport to factories that will use it to make pesto and other sauces. Farmers here call this industrial basil, though it appears nothing of the sort. 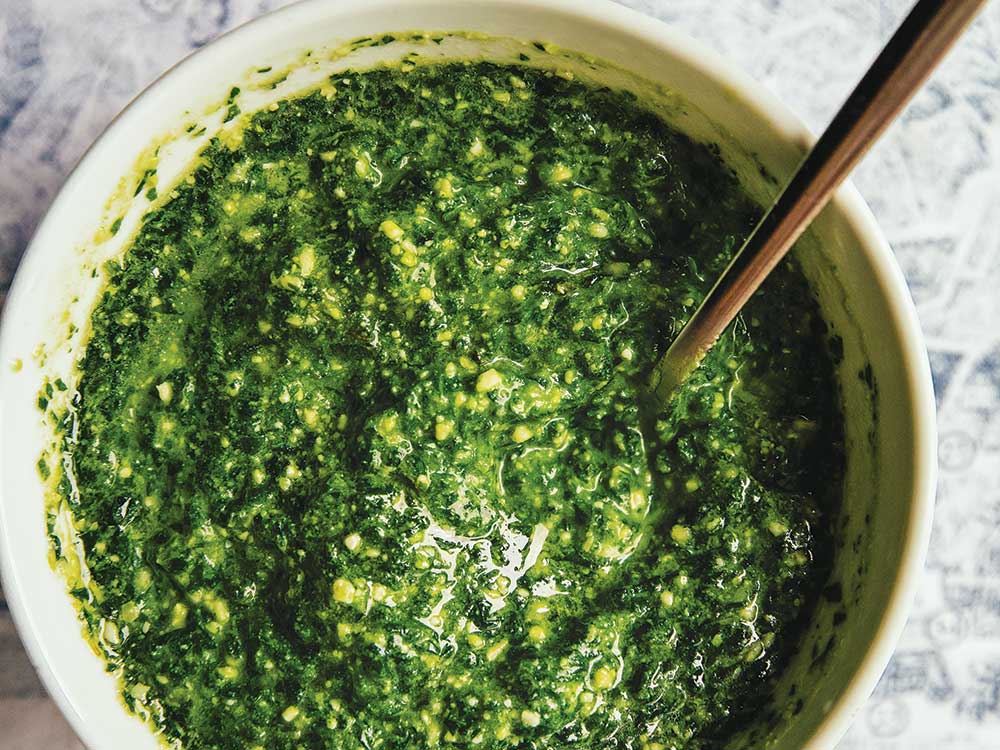 When making their beloved pesto, Ligurians use sweet, delicate basil Genovese and remove any green sprouts from the center of the garlic cloves to avoid bitterness. Get the recipe for Pesto Genovese

When it comes to ingredients for pesto, you can never be too particular. Taste your basil. You don’t want it to be minty or too spicy; it should be sweet and delicate and brightly green. Different varieties and growing conditions yield different flavors, so the only way to know for sure is to sneak a taste. Also pay attention to the size and thickness of the leaves: if they’re thick with pronounced veins and brown spots, your pesto will turn dark and stringy. To avoid stringiness with extra-sturdy basil, remove the leaves from any tough stems or veins.

Mild garlic from young heads (such as spring garlic) is best. If yours is really strong, hold back on the amount.

Lastly, spring for Italian pine nuts. They’re more expensive, but are noticeably different, with a sweeter taste (and none of the metallic flavor that other types sometimes have), and they break down into a creamier base for pesto than any others. For the cream of the crop, splurge on these beauties from Gustiamo. 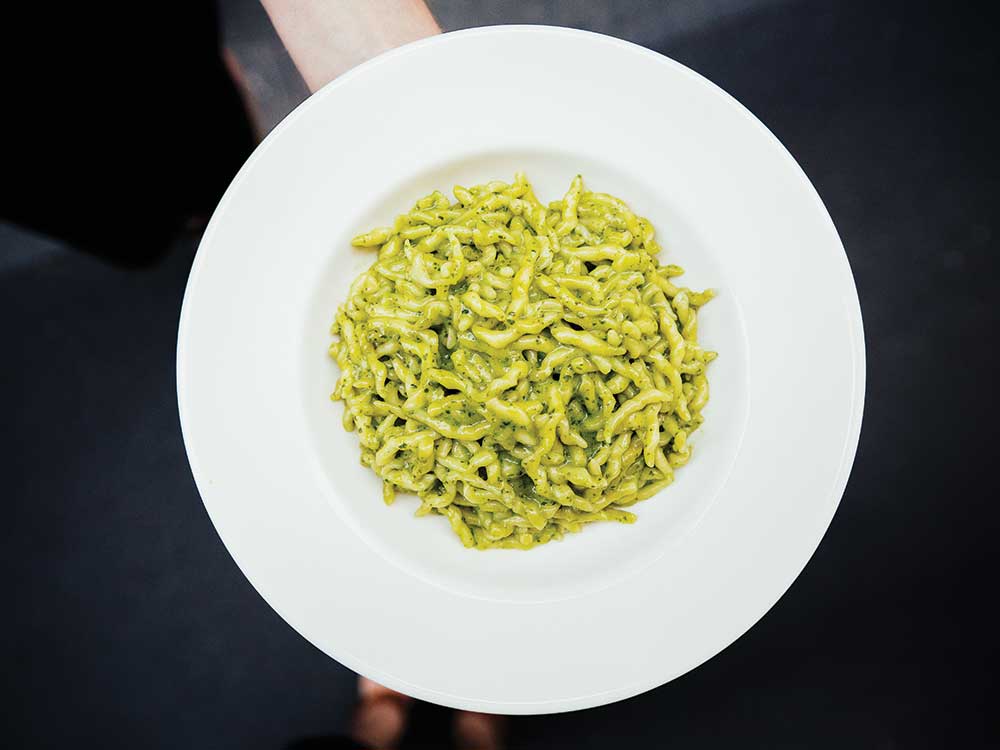 In Genoa, pesto is most commonly tossed with trofie, a short, twisted pasta, or trennete, a thin, flat noodle. Never heat pesto on its own—the pasta will warm it—and add it sparingly (around ½ cup pesto per pound of pasta). Get the recipe for Pesto and Trofie Pasta »