How coconuts grew from a man's head, breadfruit from his testicles, and other (compelling but improbable) origin stories 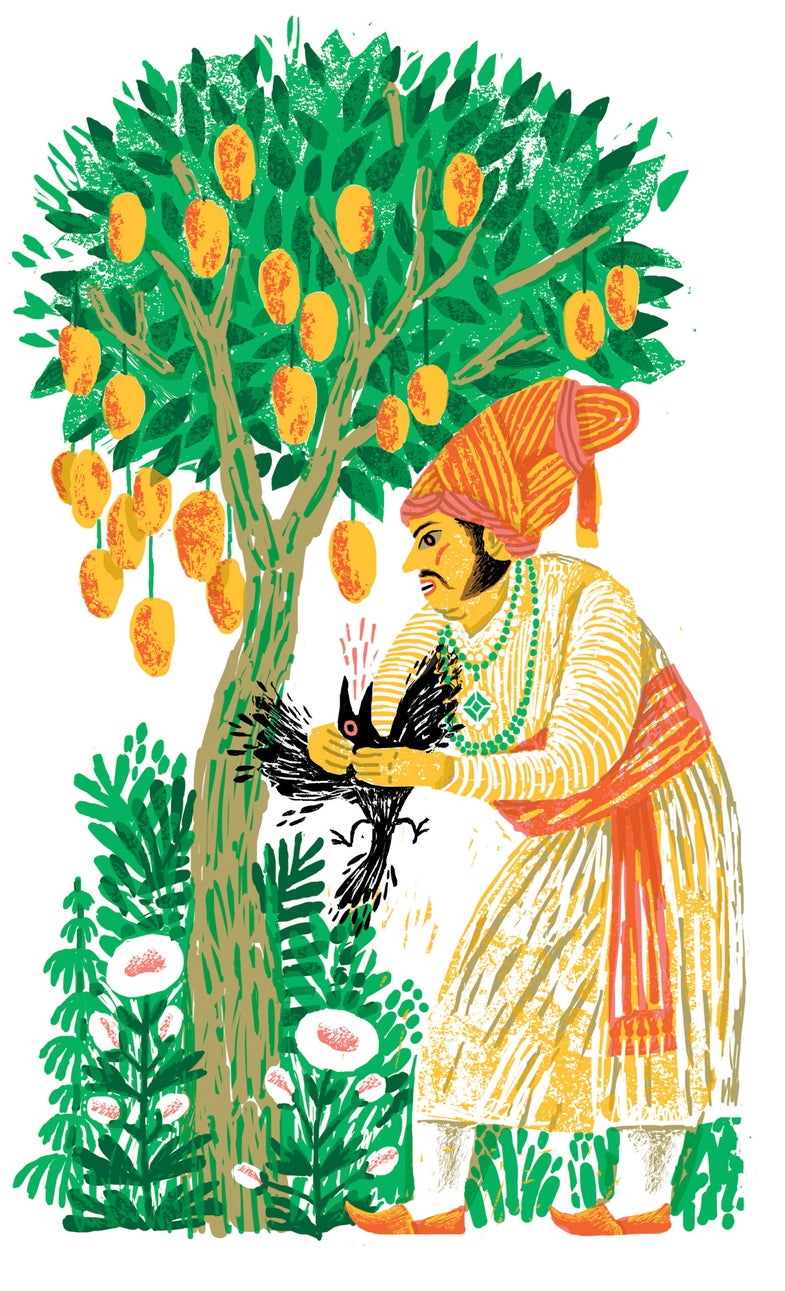 While science and evolution may offer practical explanations for most of the planet’s edible resources, who needs science when ancient myths give our favorite indigenous foods the origin stories they deserve? But consider yourself warned: The gods of yore were wrapped up in some sordid rituals.

According to Hawaiian lore, the first breadfruit tree grew from the testicles of a man who had sacrificed himself for his family. When the unwitting gods were presented with the prickly green fruit, they were delighted and ate its spongy flesh. But upon learning from where it came, they were horrified; the gods vomited the offering across the Hawaiian Islands, thereby populating them with enough breadfruit to last until the end of time.

The original love memento, strawberries harken back to the Cherokee’s original man and woman. Feeling disrespected during a lover’s quarrel, First Woman abandoned First Man and set off to find a new place to live. Determined to win her back, First Man beseeched the Creator for his help. In sympathy, the Creator searched and found First Woman, and he brought forth gooseberry and huckleberry plants from the ground as she walked, hoping she’d stop and reconsider. She ignored them; they were commonplace. Then he produced a bush of juicy blackberries, still to no avail. Sensing no other option, he plucked a strawberry plant from his own heavenly garden and offered it to her, the first ever on Earth. Intrigued, First Woman stopped and ate the unusual heart-shaped berries. She found that her fury had faded, and she gathered a basket to take back to First Man. Before he could declare his love, First Woman popped a strawberry into his mouth, silencing his protests. And a people proliferated.

The Yanesha people of the Peruvian Amazon believe that plants were born of either sublime or grotesque circumstances. The sublime, life-giving maize came to be when the creator god impregnated a young virgin. Questioned by her angry father about who dare lay his hands upon her, the young woman remained loyal to her god and refused to tell. The child was born with golden skin and silken white hair—a Maize-Person who would sow his seeds of nutritious, life-sustaining corn all across the continent. On the other end of the spectrum, the first chile pepper was created from the flatulence of a giant ogre with a toothed penis and a penchant for raping and eating the village women. Grotesque indeed.

The Arapesh people tell the tale of a tyrannical villager who murdered his wife in a fit of rage when she dared step in front of him while taking a walk. In retaliation, her children, along with the village youth, attacked and killed him and buried his corpse. The final vestige of his sins, a plant unfurled from his head bearing a coconut, as thick-skulled as the impatient man from whom it sprouted.

Brought down from the heavens by a magpie, the first mango seed was offered to an ancient king with the promise that its fruit would grant him—and all who ate it—eternal life. As the Kannada tale goes, the king, skeptical of the magpie’s gift, planted the seed. Once the tree grew and the fruit had ripened, he ordered a peasant man to try it. But, by some strange accident, the mango had been poisoned when an eagle with a venomous snake in its talons had passed over the tree—the peasant man died instantly. Aghast, the king strangled the magpie for lying, and mangoes were decreed deadly. Years later, an old woman, desperate to escape her family’s abuse, planned to end her life with a mango. But as she ate the fruit, she became young and beautiful again, and the mango’s life-affirming powers were revealed to the world. Wracked with guilt for killing the magpie, the king—rather than partake of the tree—took his own life.