The answer's a bit convoluted, but it goes back a few centuries. As Punch explains, Irish whiskey was massively popular in the 18th and 19th centuries, but was "driven nearly to extinction by war, trade embargoes, a temperance movement, Prohibition and economic hardship." By the 1950s, an industry of 100 distilleries had been leveled to just two, and until 2012, only three companies produced whiskey in Ireland. During that Irish whiskey dark-age, efforts to restore the spirit's former glory were led by Irishmen John Teeling, whose sons have since carried on their father's legacy by opening Dublin's Teeling Distillery in 2014.

Nowadays, Irish whiskey is still trying to shed its shots-only reputation (admit it, you took shots of Jame-O in college). While bartenders from Europe and the Americas alike have rallied around a handful of craft producers, much of what the drinking public understands about Irish whiskey is in fact informed by Jameson, which is owned by booze conglomerate Pernod Ricard’s offshoot Irish Distillers.

With all due respect to Jameson, there’s plenty more to explore in this diverse and fast-growing, yet oft-misunderstood category. From established producers to an “Irish-American” newcomer, here are six Irish whiskey bottles to get to know—just in time for St. Patrick’s Day sippin’. 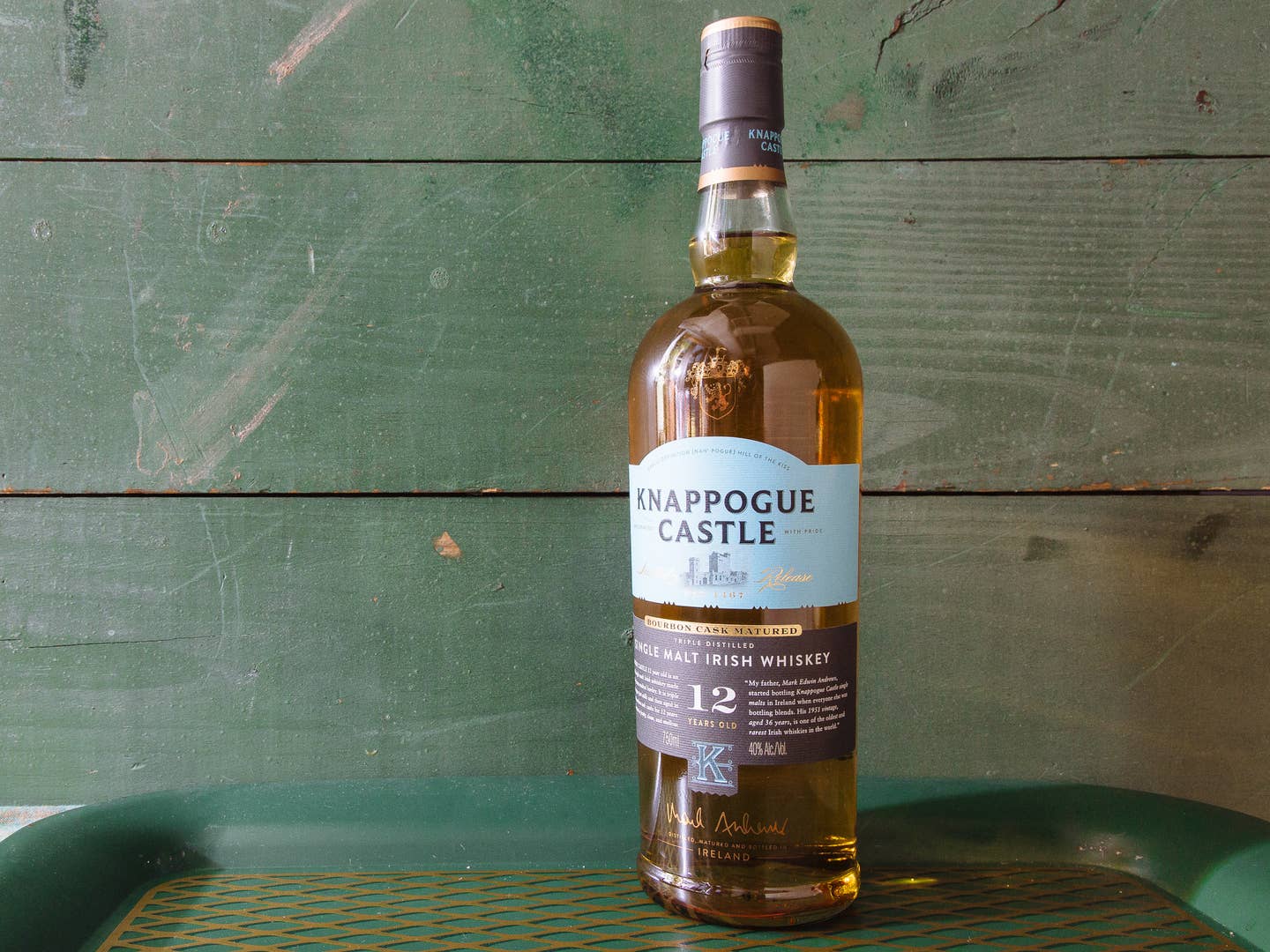 If you’re only able to try one new Irish whiskey, might I recommend Knappogue Castle, one of the few independent producers available for purchase in the United States? Named after the castle that inspired it (the name translates to “kiss of the hill” in Gaelic), Knappogue is my current Irish-whiskey obsession. I may be biased, having had the opportunity to sample their sherry-cask–aged 1951 bottling, one of the oldest and rarest commercially available Irish whiskeys in the world, sold for up to $2,000.

For everyday sipping, I pour myself Knappogue's signature 12 year, a single-malt, triple-distilled number aged in bourbon barrels for 12 years. At 80 proof, it's a full-flavored whiskey—Knappogue doesn't add any coloring—that can be served straight or used to mix. Bar manager Berto Santoro of Extra Virgin in Kansas City, Missouri agrees: "Knappogue 12 year is distinctively crisp with mellow biscuit and peppery aromas," says Santoro. "Its sophistication allows it to be enjoyed both neat or on the rocks, and as an excellent foundation for a cocktail, where its delicate fruitiness and mild spice will complement any flavor profile. 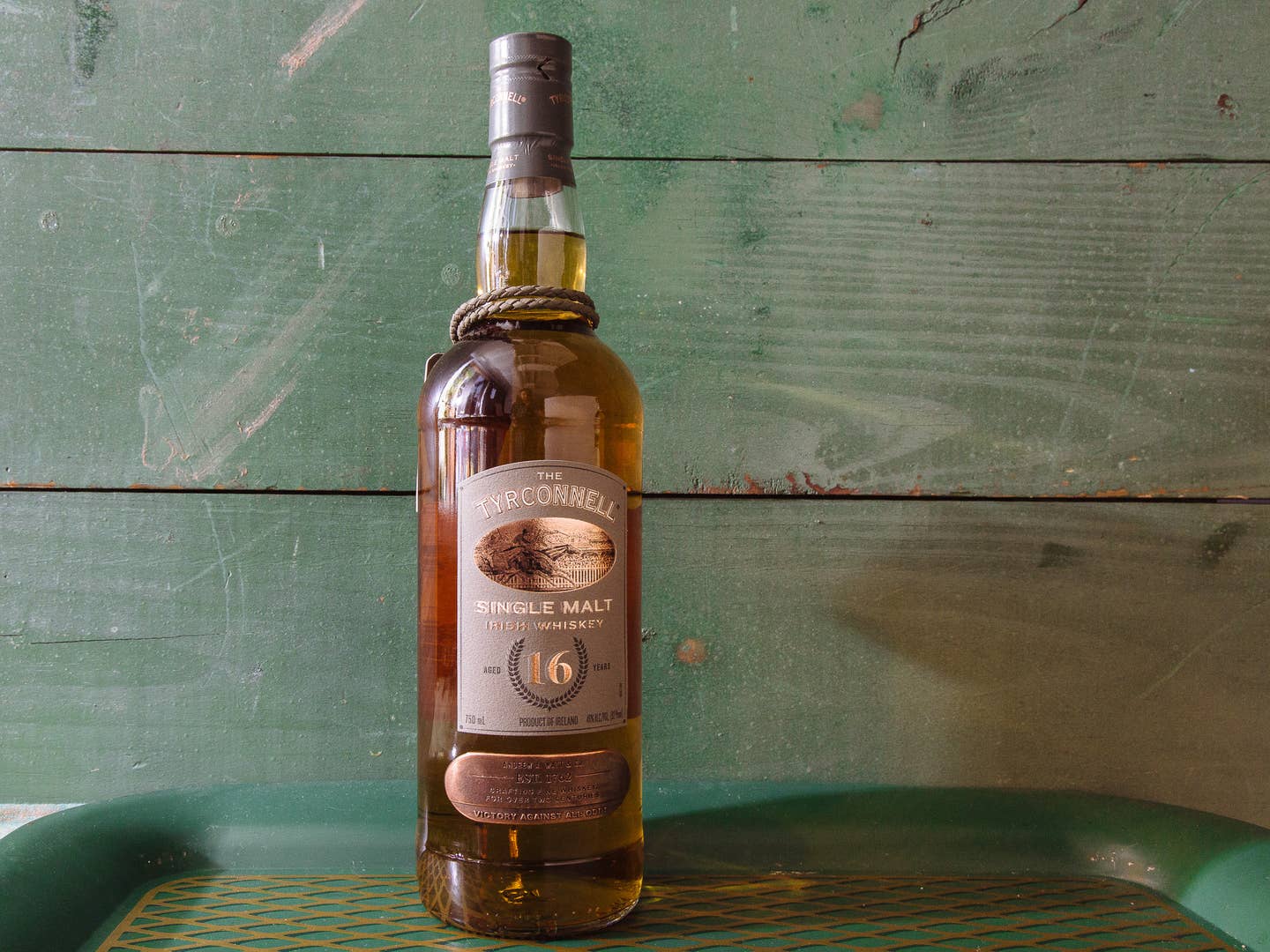 Launched just a few weeks ago, Beam Suntory’s exciting Tyrconnell 16 is a superb single-malt bursting with notes of citrus, pear (and is that coconut?) and offering a lingering grassy finish. Priced at around $100, it’s certainly more upmarket, though well worth the price tag for those interested in exclusive and limited bottlings.

"I never thought a whiskey would dethrone the Madeira finish from my favorite expression of Tyrconnell until I had this beaut,” gushes Trevor Frye, proprietor of Wash Line LLC in Washington D.C. “Big pear flavors, spice on the back end and amazing integration of wood flavors to compliment. So far one of my highlights of 2017." I couldn’t agree more. 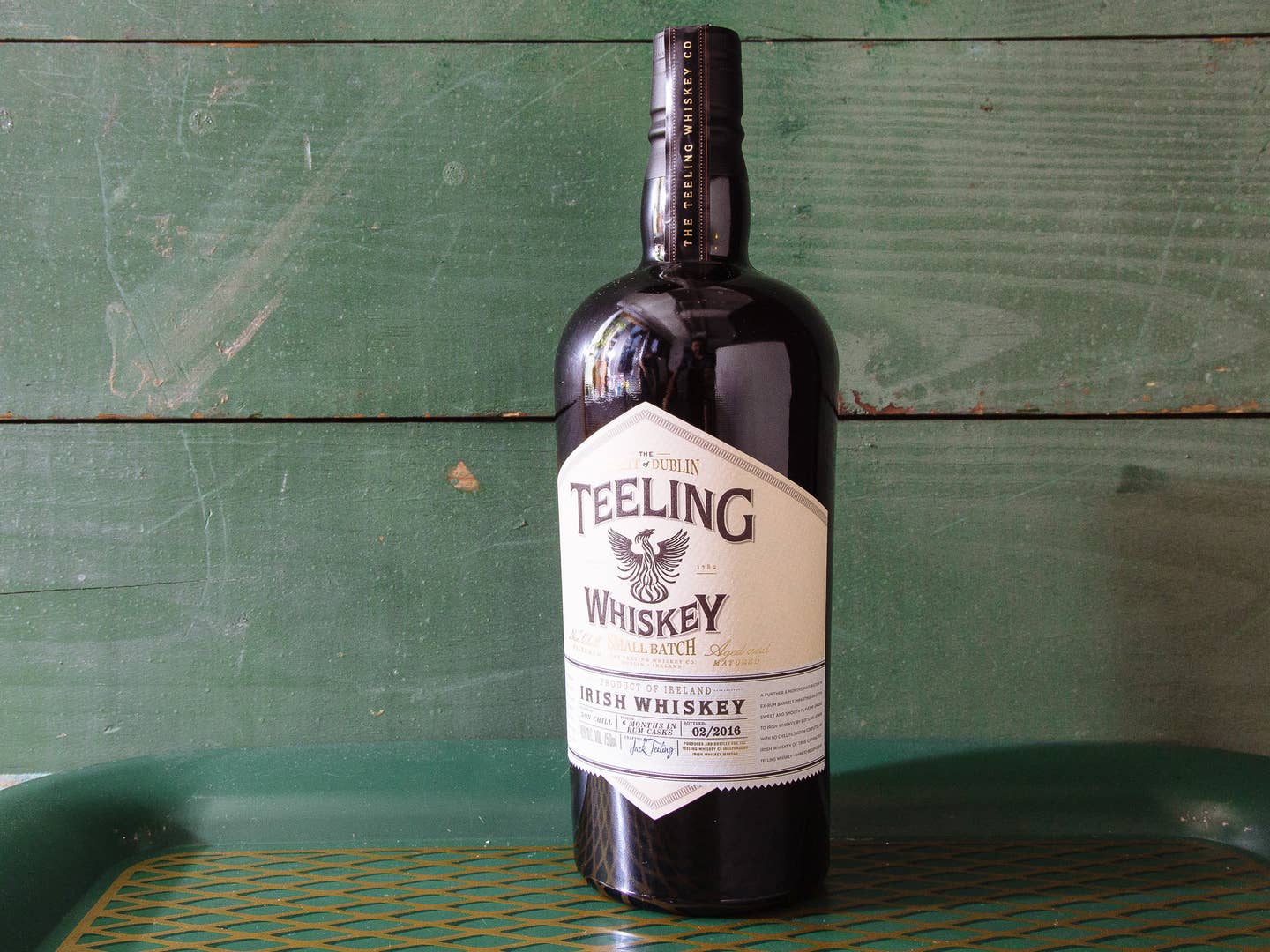 For a blended option, I'm partial to Teeling, the brainchild of John Teeling's enterprising sons. The flagship small batch expression, a non-chill filtered whiskey matured in Flor de Caña rum barrels, boasts the expected notes of vanilla and caramel with a finish of spice. It's a favorite of Jack McGarry, the Belfast-bred owner-bartender of The Dead Rabbit in New York City, who is partnering with the company for the bar's annual Irish breakfast and cocktail event: "They're a family company celebrating Irish culture into the 21st century and it's something we're both proud of."

Teeling's single malt is also excellent, according to bartender Rob Fick of Craigie On Main in Cambridge, Massachusetts. According to Fick, the non-age statement expression "has one of the most interesting and diverse array of finish casks, including sherry port, Madeira, white burgundy and Cabernet Sauvignon." He says, "It's super juicy at first taste, but then morphs into caramel and dried fruits." He recommends using it in an Emerald Cocktail, also known as the Irish Manhattan, or enjoying it straight. 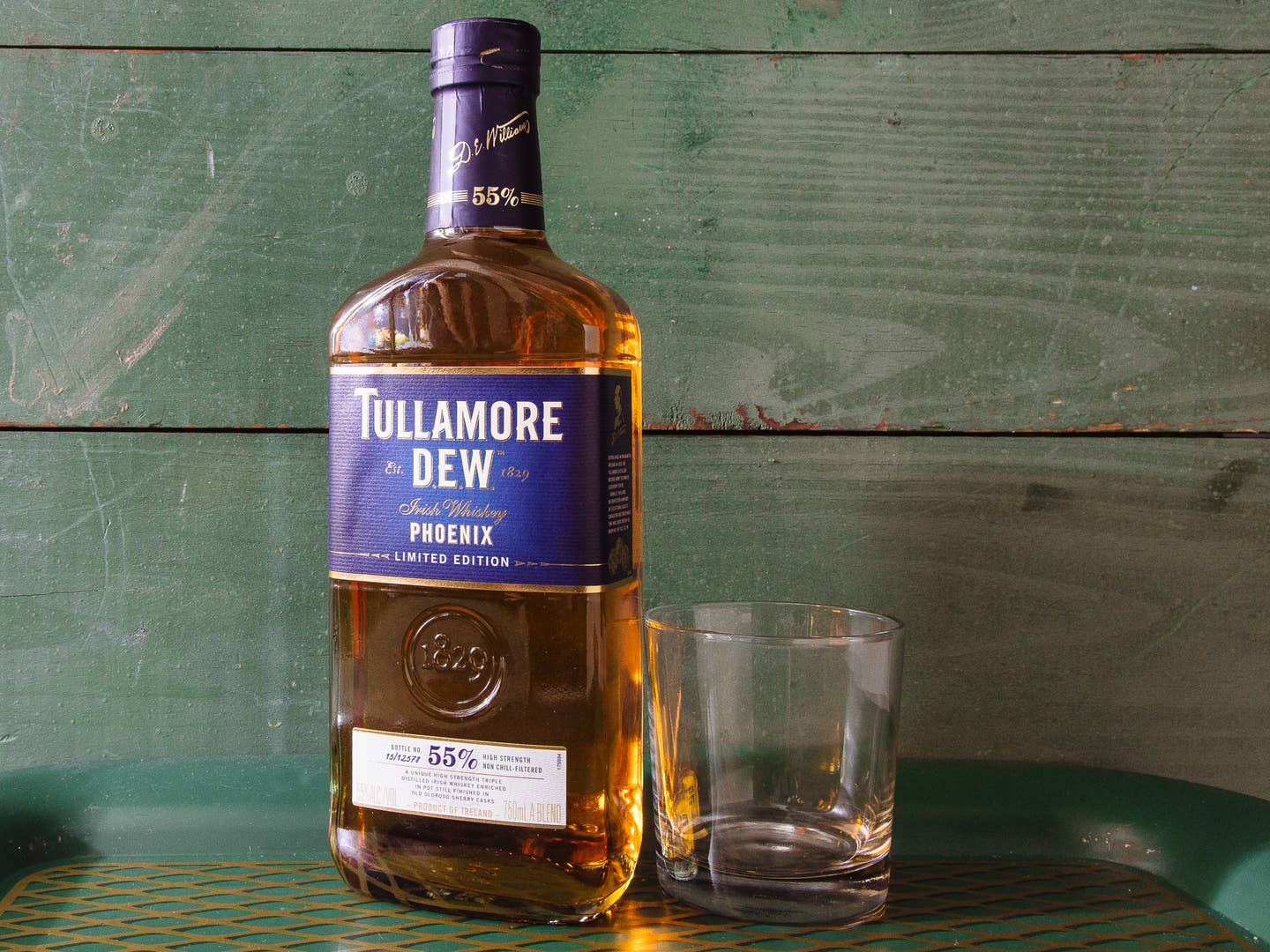 One of the better-known Irish whiskey producers, along with the likes of Redbreast and Bushmills, Tullamore D.E.W. offers a range of blended expressions, many finished in sherry casks. While the 14- and 15-year expressions are solid introductory Irish whiskeys, I found the limited-edition Phoenix—a pot-still-rich number finished in oloroso sherry casks—to be a more interesting offering. Oddly enough, it’s sold primarily in airport booze stores. The name, representing the phoenix that appears on Tullamore’s coat-of-arms, nods to a 1785 hot air balloon accident that nearly burned down the entire town of Tullamore.

"The Phoenix is the Tullamore D.E.W. product that I tend to have the most fun with," says Piers Smyth, manager at Roof on TheWit in Chicago. "It has just enough heat to shine through in a sour while at the same time being smooth and complex enough to need nothing added at all. It's got all the spice that you want from the pot still with just the right amount a sweetness from the sherry finish." Smyth says he plays with the stuff in cocktails, but sometimes adds just a few drops of water to get the most of the caramel and oak. 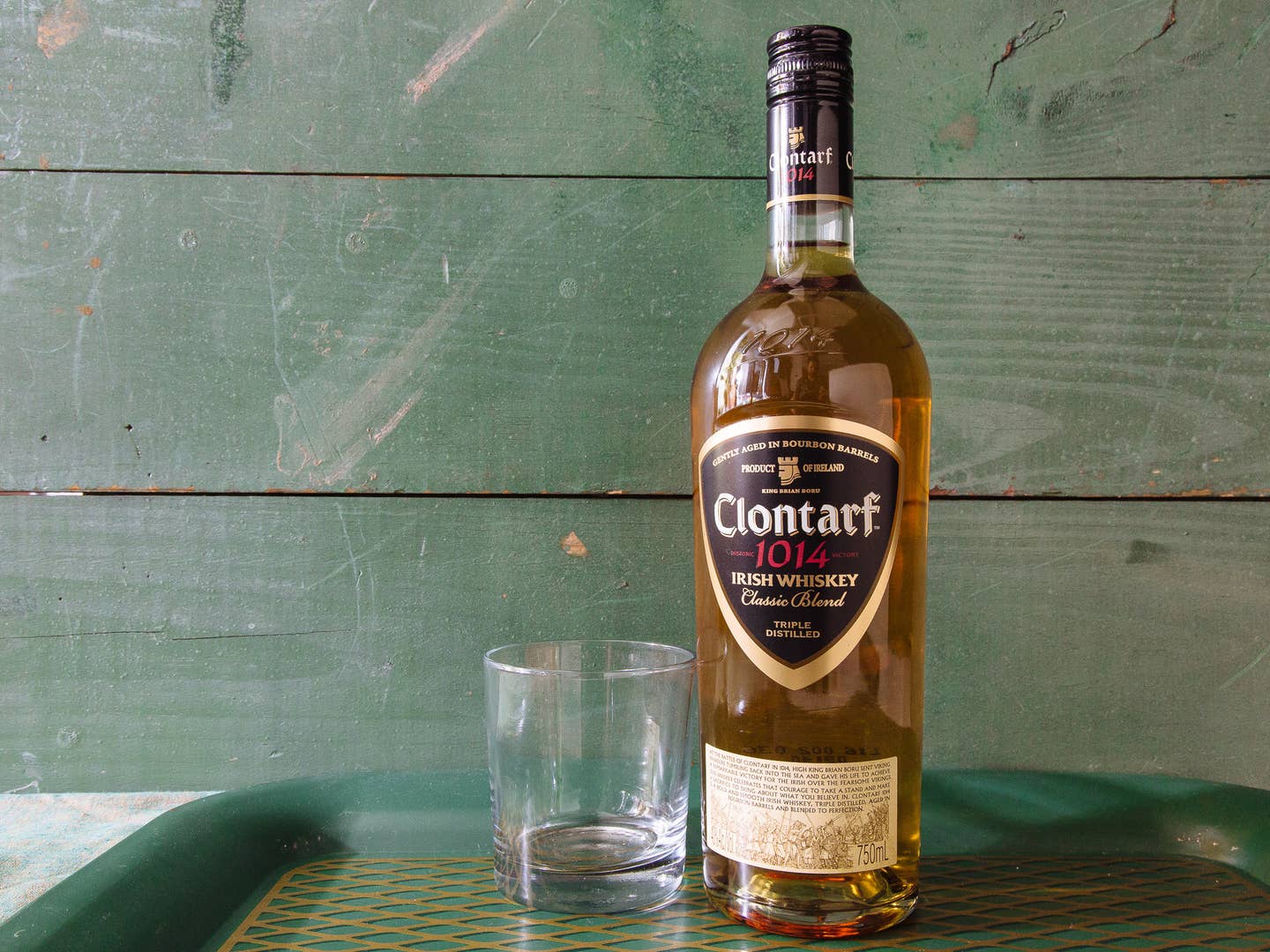 It may not taste like the most classic bottle, but this smooth, blended whiskey is mellow enough for goes-down-easy sipping and is reasonably priced. Matured in bourbon barrels, it's got a little bit of vanilla, spice, and grain-spirit edge to distinguish it. "Clontarf is at once robust and smooth, with notes of toffee and vanilla and a distinct velvet maltiness," says Jackson Cannon of The Hawthorne in Boston. "Equally enjoyable to drink on the rocks or neat it is also an extremely versatile foundation for any cocktail." 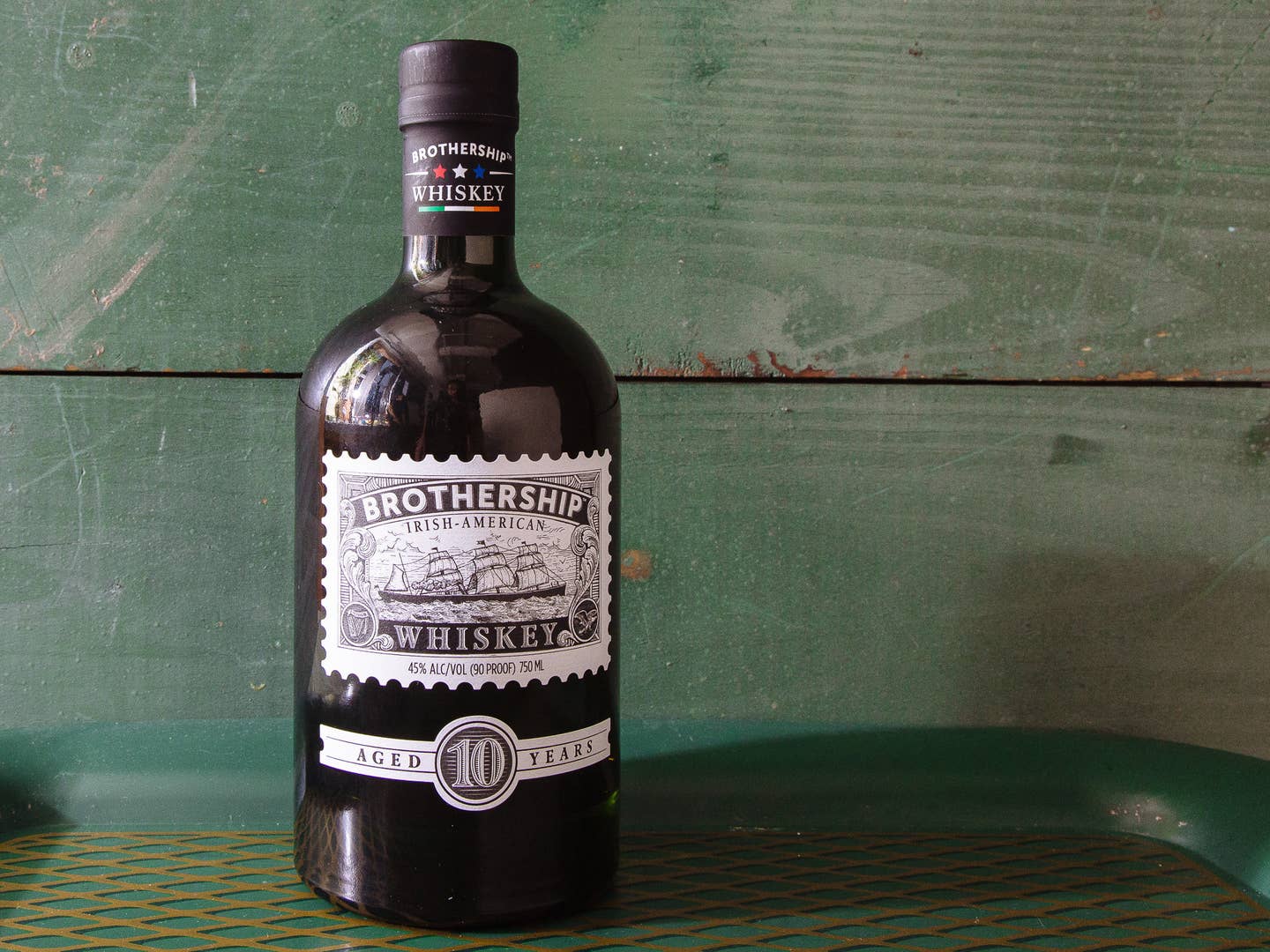 Mike Landers of Martha in Philadelphia echoes the uniqueness of the spirit's trans-Atlantic nature. "It's a blend of whiskies from Rob Cassell's Kensington distillery and his Connacht Irish distillery," said Landers. "It has some sweetness up front and a nice amount of barrel influence, without being overly oaky. It also has some subtle coconut notes from the long barrel." Landers plays off Brothership's whispers of coconut in a vegan Irish coffee, fusing the whiskey with local coffee and coconut whipped cream—all charged with nitrogen in an ISI canister.