Why go out for brunch when you can have these in the comfort of your own home? 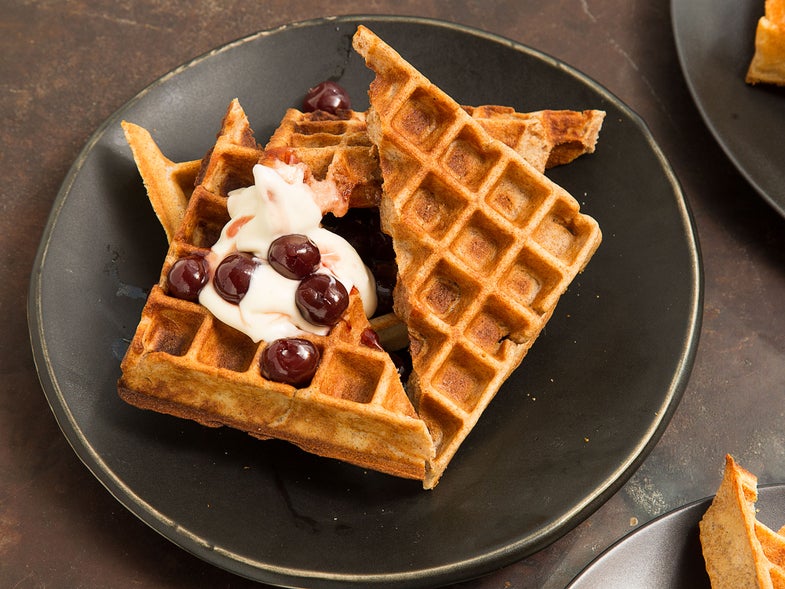 The best part of Saturday mornings—second after sleeping in, of course—is the ability to spend time making an elaborate breakfast. Swap out your quick weekday mainstay and consider pulling out the waffle iron instead. While brunching is becoming more and more of a “thing to do” on the weekend, there’s an argument for avoiding the long lines for mediocre omelets and instead staying in, inviting some friends over, and setting up an impressive waffle spread.

These Sourdough Whole Wheat Waffles, developed by Stephen Jones of Washington State University’s Bread Lab and Jeff Yankellow of King Arthur Flour, provide the perfect amount of exterior crunch and interior airiness. The sourdough starter is mixed into a classic waffle batter, which then has to sit and rise for 6 to 12 hours, so plan to make it the night before. Heat a Belgian waffle iron on its highest temperature setting and cook until golden brown. Serve with a dollop of mascarpone and some brandied cherries.

Ask some friends to bring over some fresh orange juice, brew a pot of coffee, and consider adding a dish of Baked Eggs to the spread if you want to offer some variety. You can have a great brunch at home—and you don’t even have to get dressed. 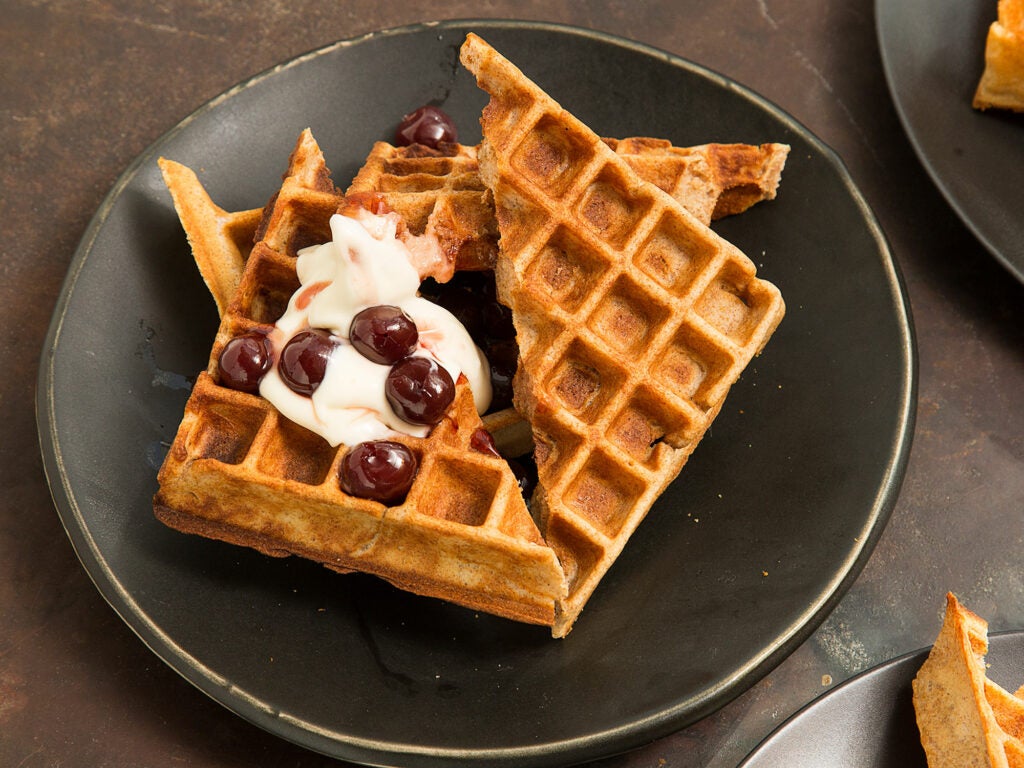