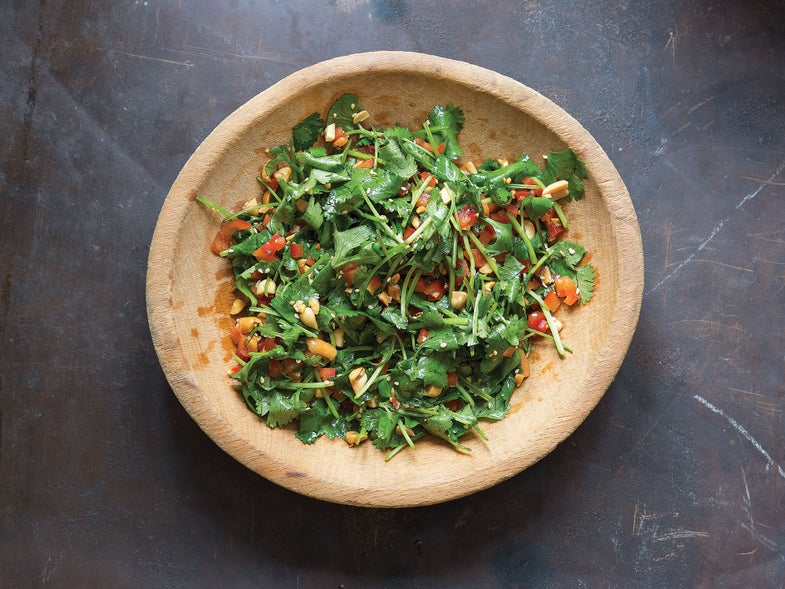 Due to its long, cold winters and hot, dry summers, Xinjiang is not renowned for its vegetable dishes, but fast-growing produce like spinach and cilantro often make it to the table during the brief respites between seasons. This refreshing salad is a perfect to accompaniment to fatty grilled meats. Use the most delicate cilantro you can find, so the stems can be eaten along with the leaves.

Recipe adapted from All Under Heaven.

Featured in: Eating on the Western Edge of China

This refreshing salad is a perfect to accompaniment to fatty grilled meats.
Yield: serves 4-6 as an appetizer
Time: 5 minutes