Before there was Julia, there was Edouard de Pomiane. Before Marcella, there was Ada Boni. And before Alice and the rest of the California crowd, there was Helen Evans Brown. The fact that most cooks today will react to those names with puzzlement is unfortunate. These authors wrote terrific cookbooks that not only helped form the basis of how we think about French, Italian, and California cuisines but also hold up as well today as they did upon their original publication decades ago.

Only one of their books is still in print—de Pomiane's Cooking in 10 Minutes, in a nice 1994 paperback by North Point Press—but all three are readily available online and from good used bookstores. They are certainly worth seeking out, because even though culinary fashions may change with the wind, good cooking and good writing are timeless. 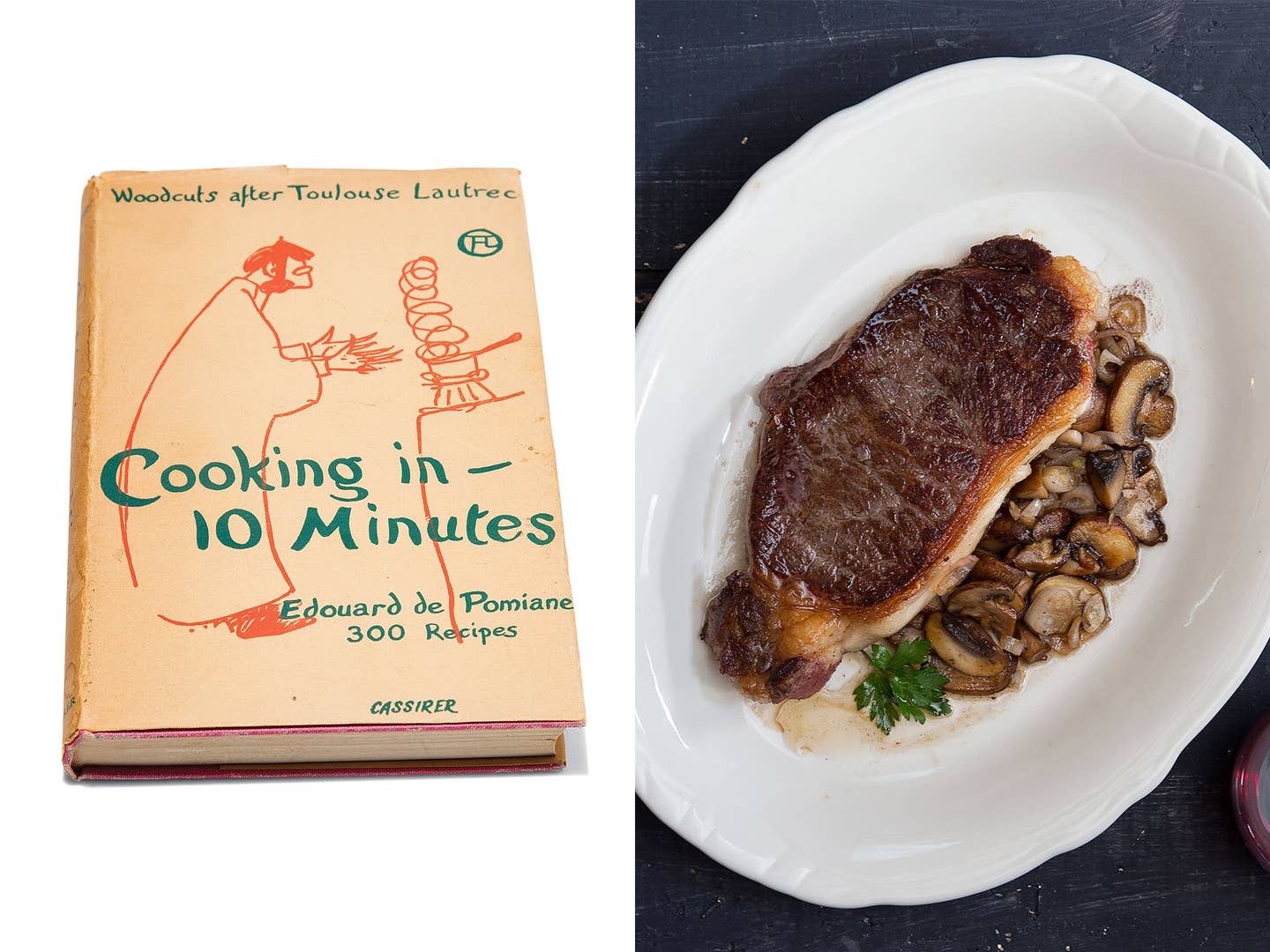 More than simple recipe manuals, these books served important cultural functions. They offered instruction for those whom circumstances had forced into the kitchen for the first time. They were touchstones for those whom the forces of history had separated from home and tradition. And they were bridges between cultures in an America that was finding its way into the modern era.

De Pomiane's book is subtitled Adapting to the Rhythm of Modern Life (it was originally published in 1930, mind you, though it certainly was just as relevant when the American version came out in 1948). Written at a time when employing a home cook was becoming increasingly rare, it is full of the kinds of quickly made dishes that a knowledgeable gourmand, having to make do without kitchen help for the first time, would find satisfying. Even simplified, the food is distinctly upper-middle-class French: chicken marengo (roast chicken reheated in a sauté pan with mushrooms, bacon, white wine, and a dab of tomato paste), aïgo boulido (garlic soup made by simmering garlic and olive oil in water, then thickening it with egg yolks), a well-made omelette.

Only 140 pages long and with fairly stripped-down recipes, Cooking in 10 Minutes nonetheless was named one of the 50 best cookbooks of all time by the Observer. That's because of de Pomiane's writing—how he is able to convey those recipes. A doctor (he was a medical researcher at the Pasteur Institute) and a long-time radio host, he's plainspoken and direct but engagingly witty. Back when most recipe writing was terse and prescriptive, de Pomiane is descriptive and friendly. In an early chapter, "Some Indispensable Concepts for Understanding This Beautiful Book," he advises the hurried cook to begin preparing any meal by filling a pot of water and bringing it to a boil. "What's the water for? I don't know, but it's bound to be good for something." If you're making broiled lamb chops, he advises, "as soon as you walk into the house, with your hat still on your head, go to the kitchen and light the broiler. Open the window, too." 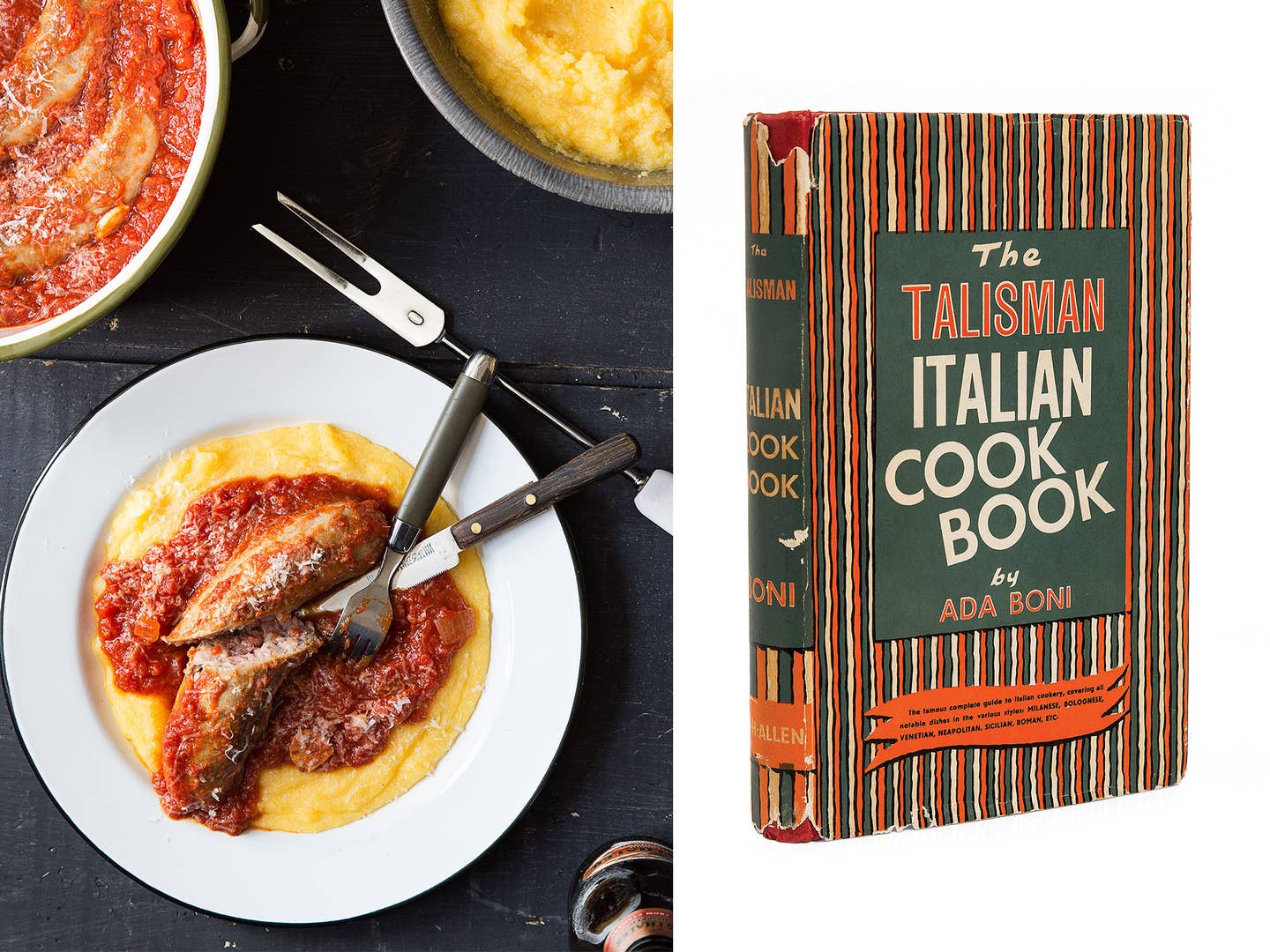 Mention Ada Boni's name to Italian-Americans of a certain age and it is all but guaranteed that you'll hear memories of how their mothers relied on The Talisman Italian Cookbook. It has been called the Italian Joy of Cooking, and it served as a cultural bridge for a generation of Italian-American cooks, offering a reminder of true, regionally based Italian cooking at a time when the likes of spaghetti and meatballs and baked ziti threatened to conquer the world.

Originally published in Italy in 1928 as Il Talismano della Felicità ("The Talisman of Happiness," as clunky in Italian as it is in English), early editions had thousands of recipes collected by Boni, a writer for a Roman food magazine. The American version, published in 1950, cut that number to roughly 1,000, excising recipes that were deemed either non-Italian or that called for "ingredients totally unavailable in this country even in the form of acceptable substitutes."

You might think this would mean the kind of bowdlerized Italian-American cooking we associate with that period, but you would be very wrong. Talisman offers recipes of a range and quality that almost any contemporary cookbook would be proud to present. This is home cooking of the highest order. Bell peppers are roasted and peeled, then baked with a scattering of capers, black olives, anchovies, and bread crumbs. Zucchini is hollowed out and stuffed with a savory pulp of soaked bread and canned tuna before being baked in tomato sauce. There are recipes for fennel, radicchio, sardines, tripe, salt cod, eel, even brains and lungs. 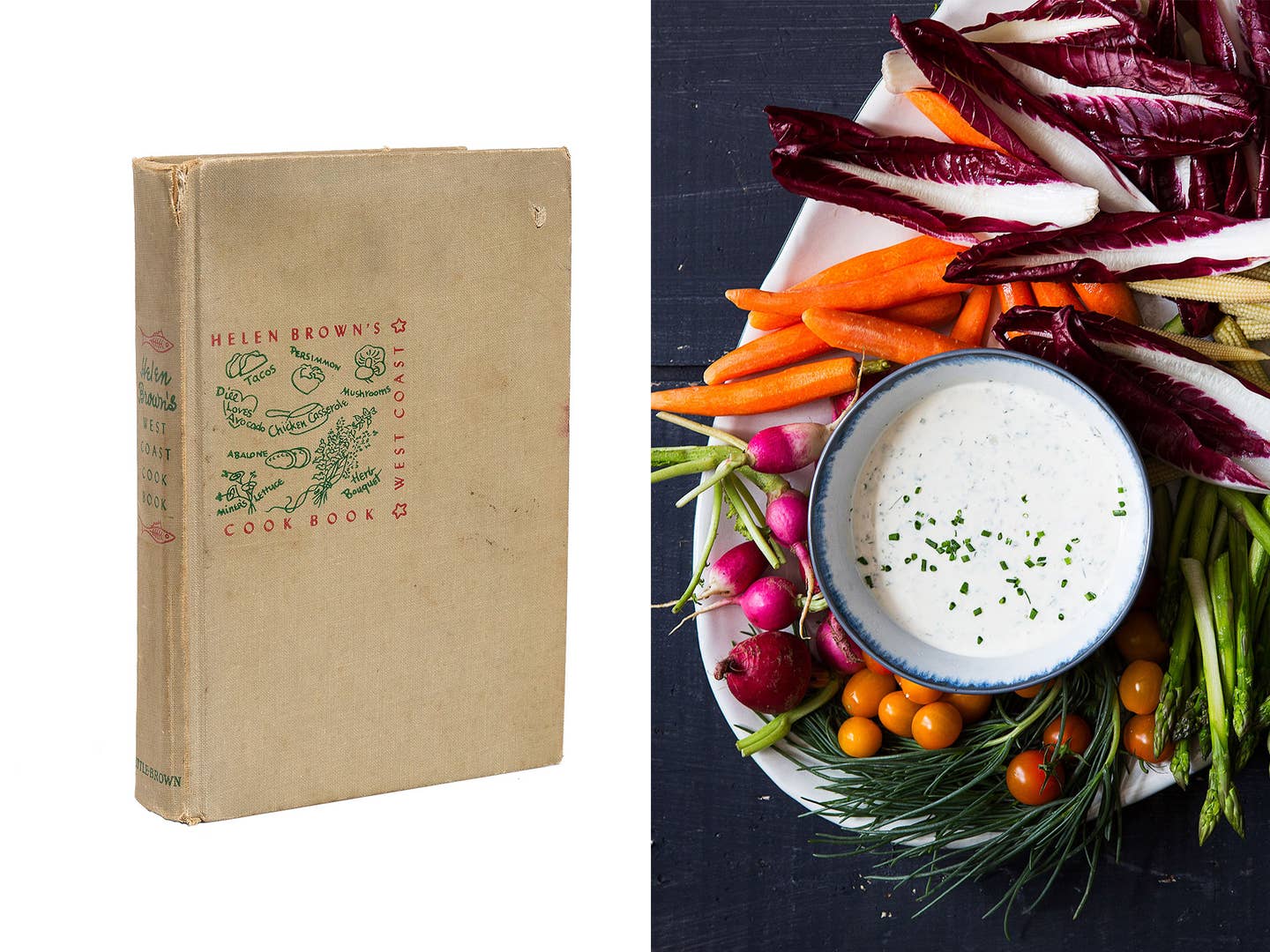 You'll find a similar sophistication in Helen Brown's West Coast Cookbook. A James Beard protégée, Brown wrote a series of sweet, small books typical for their time on topics such as chafing dishes and patio cookery. But the West Coast Cook Book is her opus and served not only as a primer for all those newcomers flocking west for the first time but also as a template for what we now think of as California cuisine—fresh ingredients prepared simply and with an openness to enjoying the foods of others.

While the neighborhood grocery of that time trafficked mainly in apples, potatoes, and tomatoes (which tasted like potatoes), Brown included detailed information on using cherimoyas, fresh figs, guavas, and loquats. They might not have been available at the supermarket, but they were plentiful in West Coast backyards. At a time when most fish came frozen in sticks, she was writing recipes for the sand dabs, grunion, and abalone that her readers were catching in the waters just offshore.

And when many Americans viewed foods from other countries with, at best, suspicion, Brown was writing recipes for “piroshkis” (“much like a Mexican empanadita”), frittatas, and sukiyaki she learned from friends or neighbors. There is a recipe for the fish sculpin from the wife of the Japanese painter Sueo Serisawa and a quite elaborate stuffed lobster from Jack Quan, “mayor of Los Angeles' Chinatown.”

For modern readers, one of Brown's greatest contributions is the chronicling of classic California dishes in their purest forms. Green Goddess, as imagined by the chef at San Francisco's Palace Hotel and as perfected by Brown, is pungent with anchovies and perfumed by fresh tarragon and chives, a far cry from the bottled version. The same is true for Louis Dressing for crab and shrimp salads, which was made famous at San Francisco's Solari's restaurant but is so often a pallid mayonnaise today. Brown's version is vibrant with chile sauce, bell pepper, olives, and green onions.

These three authors and their contemporaries probably never could have imagined the cookbook world we enjoy now, even though they were instrumental in building it. Though largely forgotten today, they are the foundation upon which our modern cookbook culture is built. Sometimes it's only by looking backward that we can truly appreciate how far we've come and how we got here.