Tips for buying, storing, and cooking celery, plus our favorite celery recipes 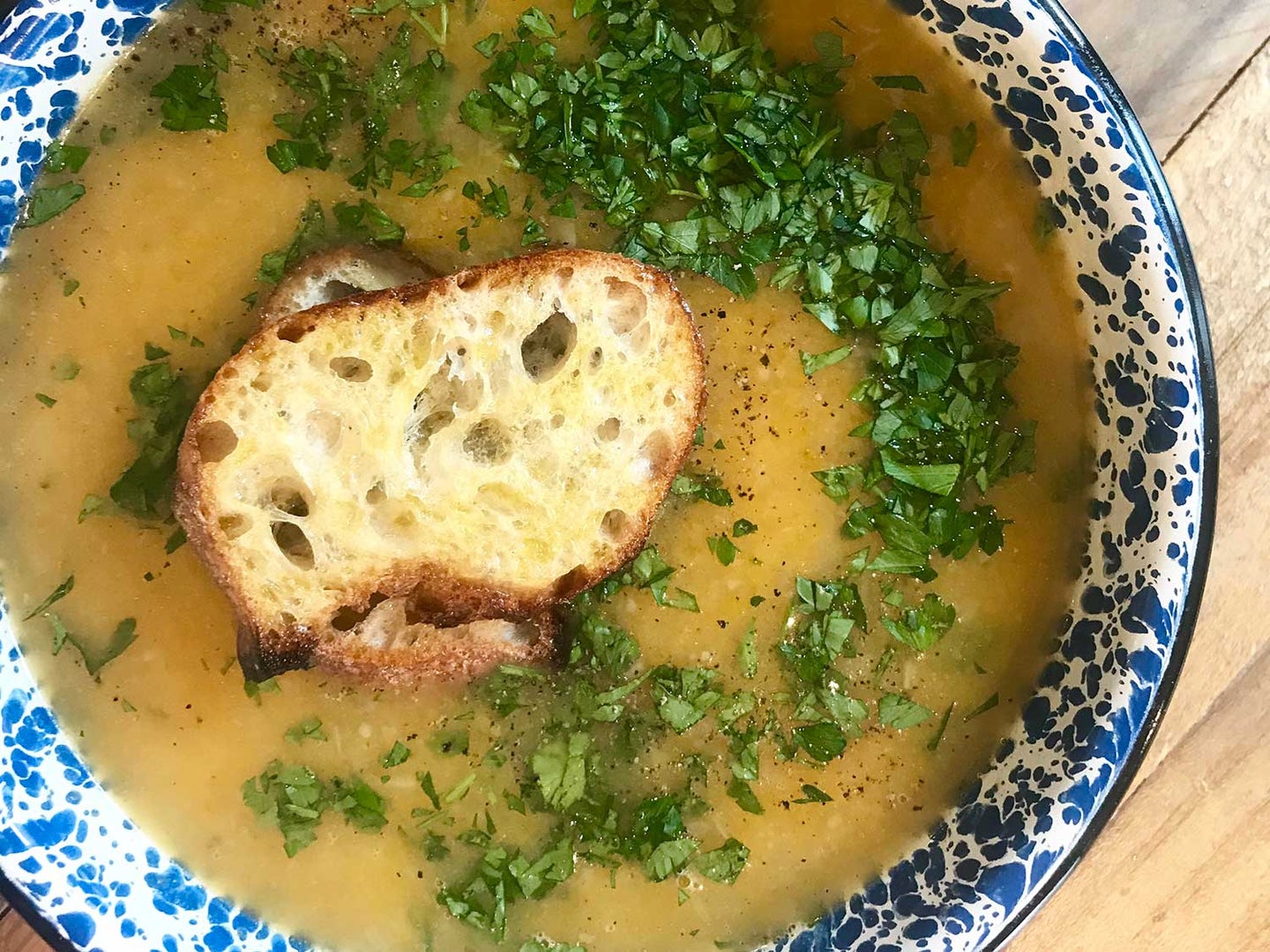 Celery is prized for its crisp texture, its mild flavor, and its distinctive, subtle aroma. A slow-growing vegetable native to the Mediterranean, celery was traditionally an early fall crop, though today it is harvested year-round in California. It takes well to raw and cooked preparations alike. The raw stalks make an excellent snack, dunked into zesty dips or stuffed with fillings like peanut butter or blue cheese; sliced, they make a refreshing, crunchy addition to salads. Juiced, raw celery brings an appealing salinity and vegetal flavor to cocktails—we particularly love it paired with gin. Cooking brings out the vegetable’s aromatic properties. Sliced on the bias, it makes a wonderful addition to Chinese stir-fries; braised or baked in a gratin, celery’s character is transformed—the crunchy stalk becomes meltingly soft. And finely chopped celery, sautéed in concert with carrot and onion, is known in the French culinary tradition as mirepoix—a fragrant foundation for soups and sauces.

Look for tightly-formed bunches of celery with firm, green stalks and full, perky leaves. Avoid celery that is pliable or soft, shows signs of yellowing, or has wilted leaves.

Celery can be stored in a perforated plastic bag in the crisper drawer of the refrigerator for several weeks.

Separate stalks from the bunch by gently prying them away at the base. Wash with cold water, then trim off the white bottom of each stalk. Peel the outside of the outermost, toughest ribs to remove the fibrous threads before cooking. Use the leaves as you would parsley.