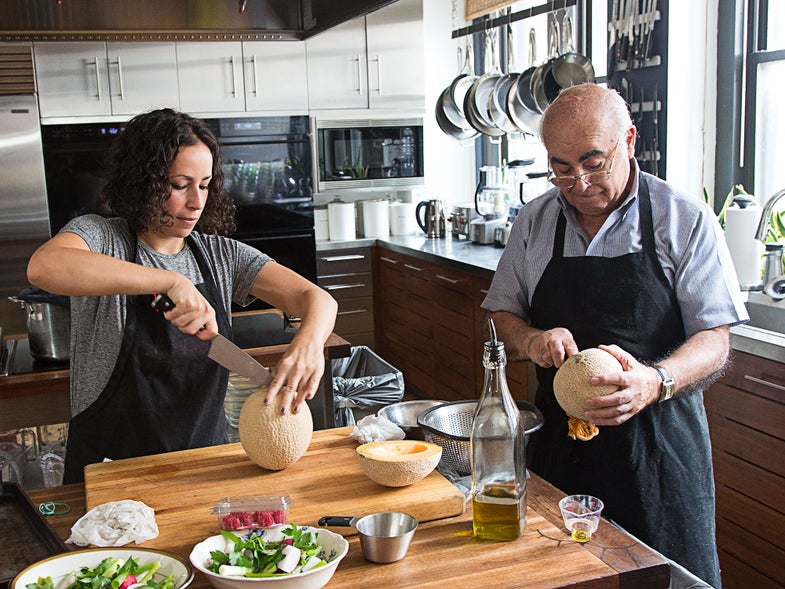 I come from a family that loves food, but growing up, I never liked to cook. I was busy doing other things: playing soccer, reading, hanging out with my friends. Cooking mostly fell to my mom. But Dad had a few dishes that he would whip up when friends were around—dishes that could change lives when eaten. His most famous was his rice.

My dad’s rice is fluffy and buttery and the perfect amount of salty. But the best part is the tahdig, the crust that forms on the bottom. My dad grew up in Iran, and tahdig, which means “bottom of the pot,” is a staple at any meal that involves rice—which is almost all of them—in a Persian home. The rice itself remains fluffy and the bottom layer turns crispy, with a slight chewiness and an amazing crunch. Whenever we have guests, or if my friends know I’m in town and Dad’s making dinner, they request rice. I think he automatically cooks it now; it’s just expected. And that plate of tahdig is fought over at the table every time. 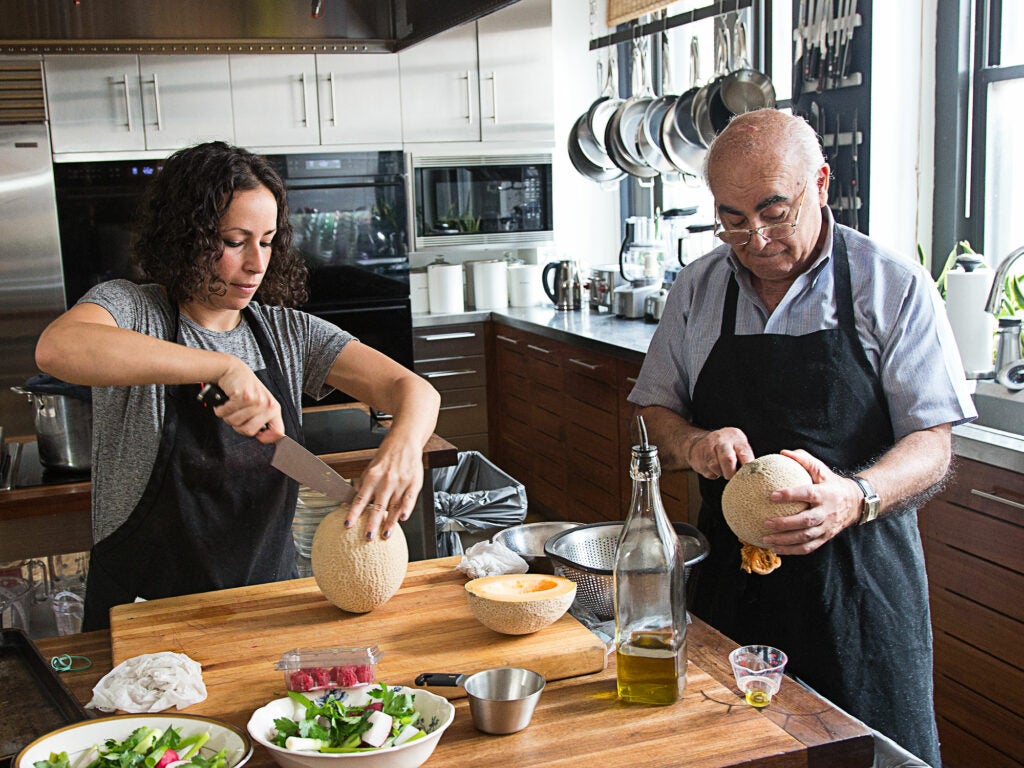 I must have watched my dad make his rice thousands of times, but I’ve yet to perfect it. He doesn’t need a recipe; he merely glides around the kitchen, grabbing the salt, a drizzle of olive oil, or a knob of butter, sure of himself and what he is making. Watching him cook is inspiring. So when he suggested coming into the SAVEUR test kitchen to cook lunch for the staff and teach us how to cook his rice, I was all for it.

As we cooked, people came in and out of the kitchen, lured by the smells, to chat with my dad and learn about what he was making that day: not only rice and tahdig, but chicken and vegetable kebabs, cucumber yogurt sauce, shirazi salad, and a cantaloupe drink. He charmed everyone, describing the dishes and their origins in detail (the Persians pretty much invented everything, in case you didn’t know). It felt like we were at home again in Maryland.

The trick to that rice, I learned, is knowing your stove. You need to know the exact setting that will yield the best results. You rinse the rice at least 3 times, then soak it for about 15 minutes—this, my dad says, helps to elongate the grains (which also helps with the fluffiness). Then you cover it with water, an inch over the rice, and bring it to a boil with salt, oil, and butter. Turn the heat down to medium-low and cover it with a lid wrapped in a towel. The towel is key: it absorbs some of the moisture so that while the rice is cooking it doesn’t get overcooked. While all this is happening, that perfect crust is forming on the bottom.

The meal was a success, even though I messed up the tahdig and my dad had to remake it just as everyone was sitting down to eat. I guess there are just some things that dads will always do best. But I plan to keep practicing until I can get mine as perfect as his.