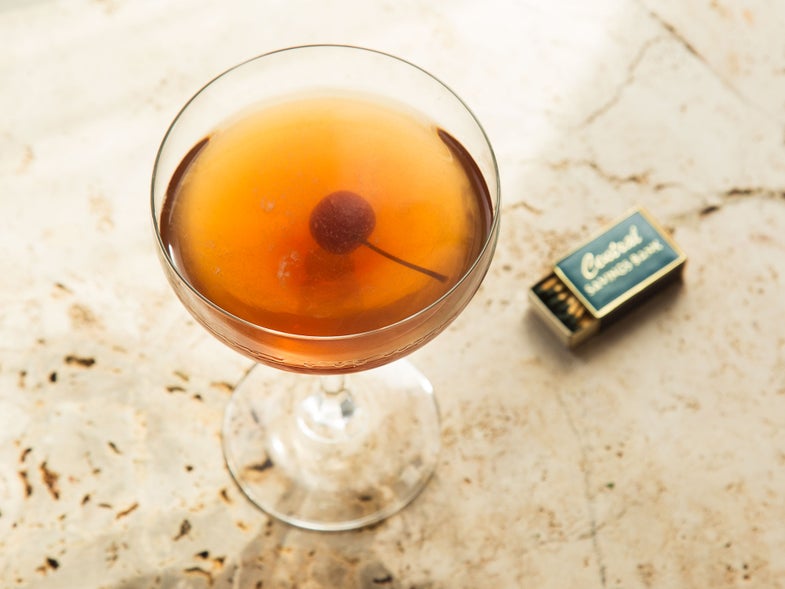 Bitters are often labeled the salt-and-pepper of the cocktail world, but I prefer to think of them as an entire spice cabinet. (Think about the flavors bitters come in these days: cardamom, ginseng, lavender.) And as with seasoning in cooking, it’s possible to enjoy a drink without bitters—or rather, not fully notice their absence—but when used properly, they balance and elevate a drink.

Those bitters have come a long way from good-but-familiar players like Angostura, which was first developed as a stomach remedy in 1800s Venezuela. Today’s bar community is pushing the boundaries of creativity in the category more than ever before.

I spoke to several top bartenders across the country to get their take on their favorite bitters and bitters products—and the cocktails they make with them.

Bittered Sling, a Canadian line of bitters by chef Jonathan Chovancek and mixologist-sommelier Lauren Mote, represents an arsenal of out-of-the-box flavors designed for both the kitchen and bar. Chicago’s Charles Joly, founder of Crafthouse Cocktails, is partial to the versatile Kensington Aromatic Bitters—a take on classic dry aromatic bitters tweaked with resin-forward spice, citrus, and root flavors—which he calls the ‘workhorse of the lineup.’ Swap them in for any recipe that calls for aromatic bitters, from Old-Fashioneds to Manhattans and whiskey sours. Bittered Sling

Handmade at Devil’s Larder’s small-batch Brooklyn, New York operation, these bitters spruce up any cocktail with the familiar taste of classic root beer. Maxwell Green, bartender at Manhattan’s bitters-focused Amor y Amargo, says, ‘It’s easy to add them to a rum and cola to add a bitter bite and cut the sweetness. They’re also great in any cocktail with darker spirits and amari like bourbon, Cynar, brandy or Zucca.’ Whisk NYC

There’s a bit of confusion about what a ‘black lemon‘ is, thanks to a mistranslation from Arabic to English. It’s actually a dehydrated lime commonly used in Persian cooking to impart a tangy, earthy flavor. Inspired by that taste, these fantastic bitters from Seattle’s Scrappy’s Bitters tout punchy, citrusy flavors that are juxtaposed with floral and earthy notes. Alex Negranza of Anvil Bar & Refuge in Houston, Texas uses them in his spirits-forward Backseat Leather, stirring Pampero Aniversario rum, Ardbeg 10 Year single-malt Scotch, Bonal Gentiane-Quina, and Becherovka. Scrappy’s Bitters

With subtle grassy and vegetal notes, a few drops of celery bitters lends well to savory cocktails. Kenta Goto of the Japanese-inflected Bar Goto in New York City likes to mix the lighter version from Fee Brothers with a bolder, more earthy concoction from Bitter Truth. The mix (yes, you can mix them), which he calls ‘addictive,’ is used in his shochu-based highball and umami-blasted Bloody Mary. Fee Brothers

Created by craft cocktail pioneer Dale DeGroff, this fragrant pimento-meets-allspice-meets-anise bitters is an essential for any home bar. Christy Pope of Midnight Rambler in downtown Dallas, Texas dashes them into an apple Old-Fashioned, which swaps bourbon for Laird’s applejack and the Angostura for pimento. Amazon

Sofia Present of New York’s Middle Branch (full disclosure: I tend bar there) uses this fiery cocktail spice in her Midsummer Madness, a mezcal-based tiki cocktail shaken with fresh pineapple and lime juices, Licor 43, and Angostura bitters. The brainchild of Ram Udwin, a.k.a. Boy Drinks World, the Serrano Cocktail Spice isn’t technically a bitters product, but it can be used the same way. A few dashes of the stuff balances and enlivens cocktails with heat and an aromatic kick of Serrano pepper. Only Bitters

Paul McGee of Chicago tiki bar Lost Lake finds that this 1930s-inspired bottle with a cork dasher top is best for ingredients used in ‘salt and pepper proportions,’ such as Letherbee Bësk, super peaty Scotch whisky, and absinthe. At the Chicago bar, McGee always keeps a few of the bottles on the bartop. He says, ‘cork dashers allow us to add just enough to add a bit of wormwood brightness, or peaty smoke, or grapefruit bitterness to finish a typically sweeter tiki cocktail.’ Cocktail Kingdom

If you want to get scientific about getting the perfect dash, I’ve found that this removable top guarantees a consistent dash each time. Made from anodized aluminum, it screws right onto the top of most popular bitters brands, including Angostura, Peychaud’s, Scrappy’s and Fee Brother’s. The fact that it looks great is just a bonus. Cocktail Kingdom

Bitters are, by nature, used more heavily in stirred, spirits-forward drinks like Manhattans, Sazeracs, Martinis, and more. For both professional and home bartenders, Amor y Amargo‘s Maxwell Green recommends these stylish stirrers. Designed in collaboration with French bartender Nico de Soto, of Danico in Paris and Mace in New York City, this elegant, gold-plated number has no spoon, making it easier to prepare those drinks—all while looking extremely stylish. Cocktail Kingdom

And a Bitter Book: Bitterman’s Field Guide to Bitters & Amari

For bitter novices and veterans alike, I always like to recommend Mark Bitterman’s Bitterman’s Field Guide to Bitters & Amari. From bartending to cooking, find new uses for bitters, bitters recipes, and best practices for DIY bitters—all complemented by a history of how they came to be. Also addressed in the book are their potable cousins amari (bitters are technically and legally considered food additives that are too concentrated for consumption, making them non-potable). And yes, the author’s name is a happy coincidence. Amazon