Take a Tour of the Atlantic with These 8 Chowders

From New England to Scotland, the world loves a hearty fish stew 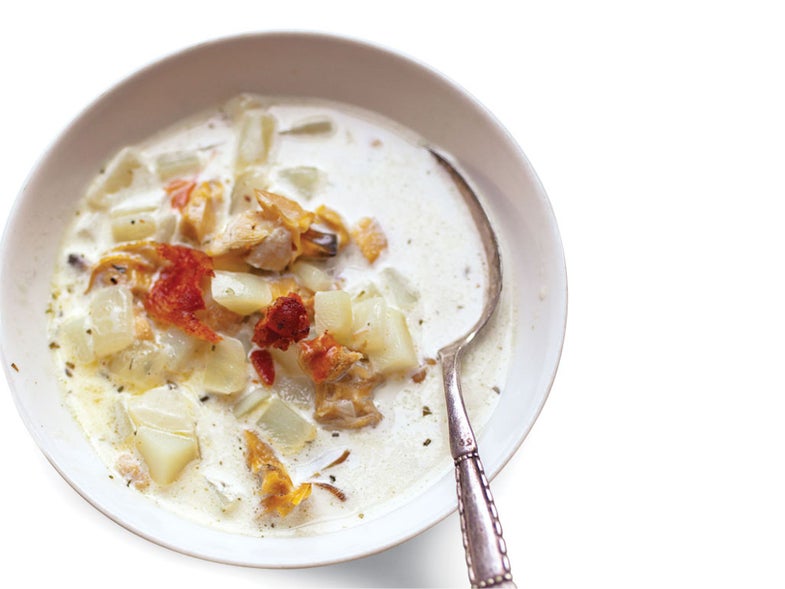 The New England classic: briny with clam liquor, smoky with bacon, more clam than potato, and a slurp of cream for good measure. Todd Coleman
SHARE

Start with the New England classic 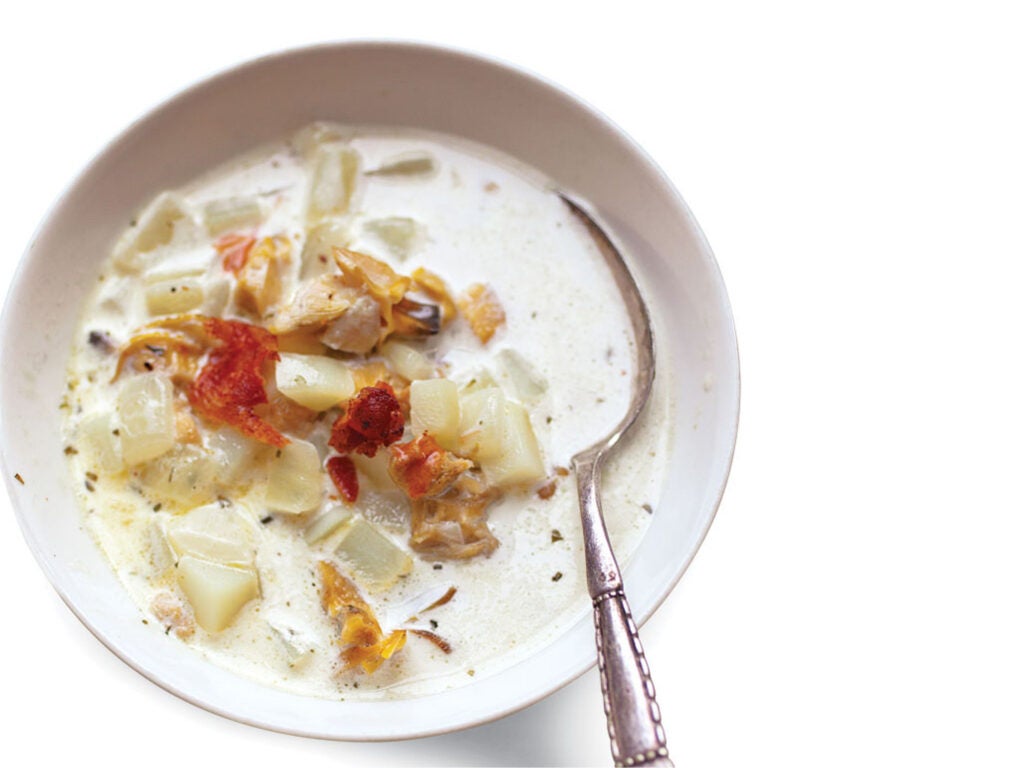 The New England classic: briny with clam liquor, smoky with bacon, more clam than potato, and a slurp of cream for good measure.

One with lobster and corn 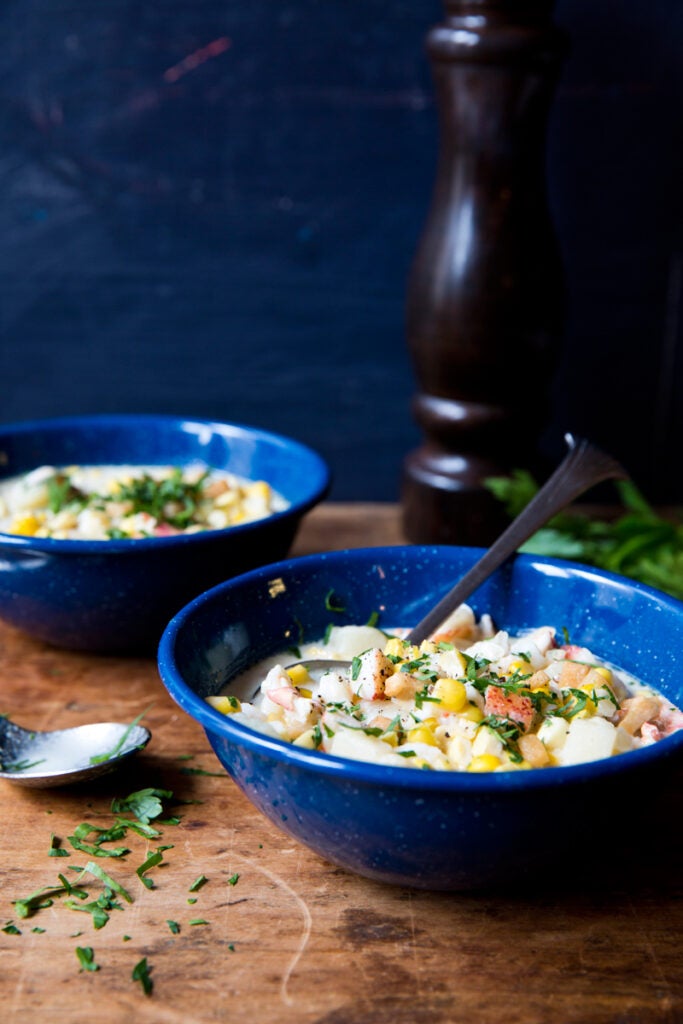 Fresh sweet summer corn and lobster are on display in this creamy New England chowder, subtly spiced with cayenne and black pepper.

Not all New England chowder comes with clams. 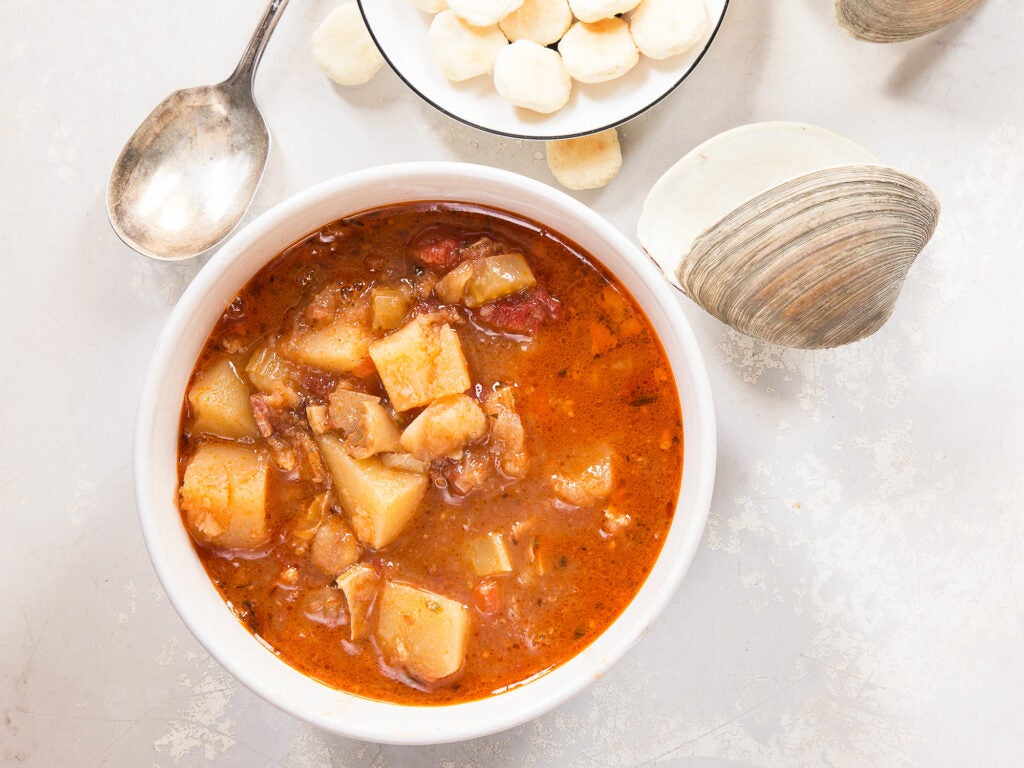 The briny, classic Manhattan-style chowder is made with two types of clams and plenty of tomato. Perfect for adding a briny helping to browned butter in lobster rolls. Get the recipe for Manhattan Clam Chowder »

Skip the cream for a zesty tomato broth. 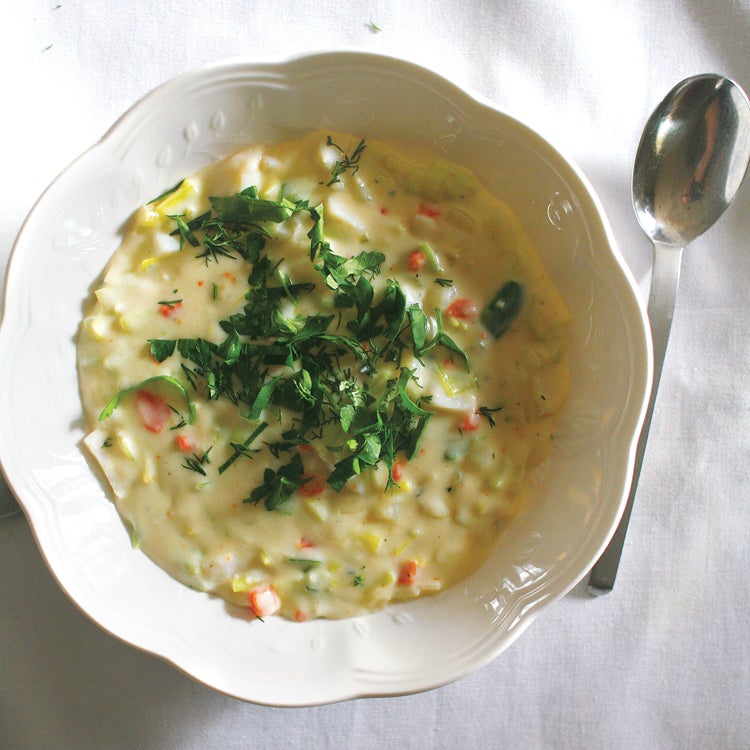 This smoked whiting and scallop chowder is as creamy as it gets.

Drop down to Florida 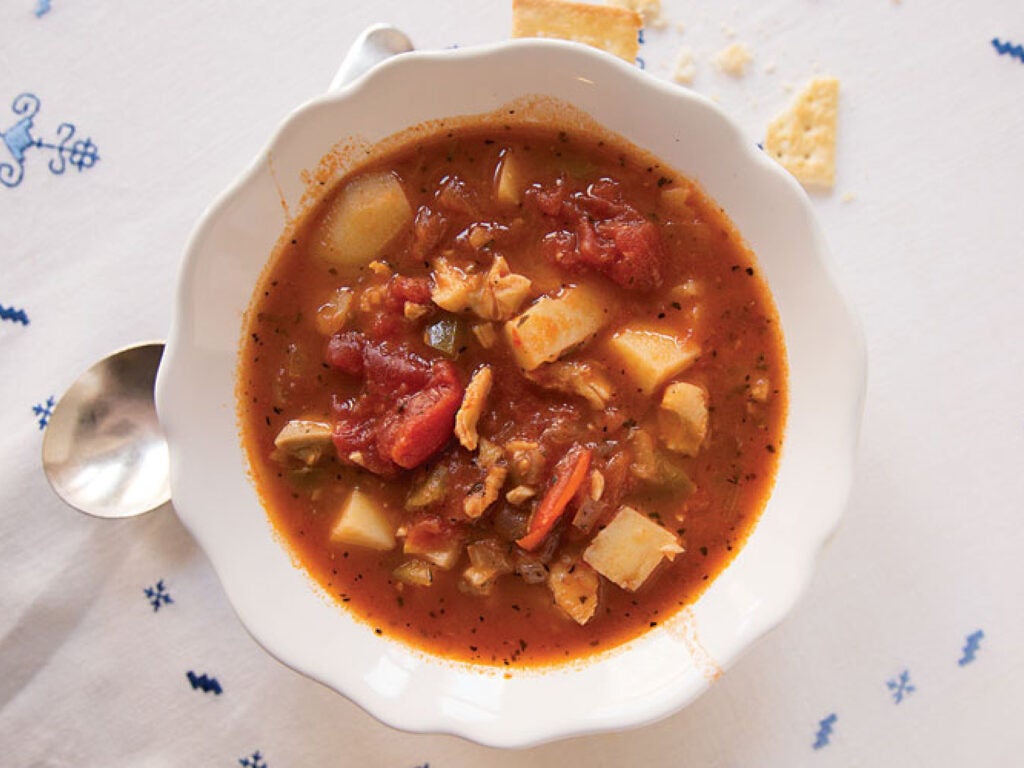 Don’t call it Manhattan clam chowder. This tomato-based soup is Minorcan, and gets a kick of heat from chiles.

For those who like a little less cream and a little more spice.

Go north of the border 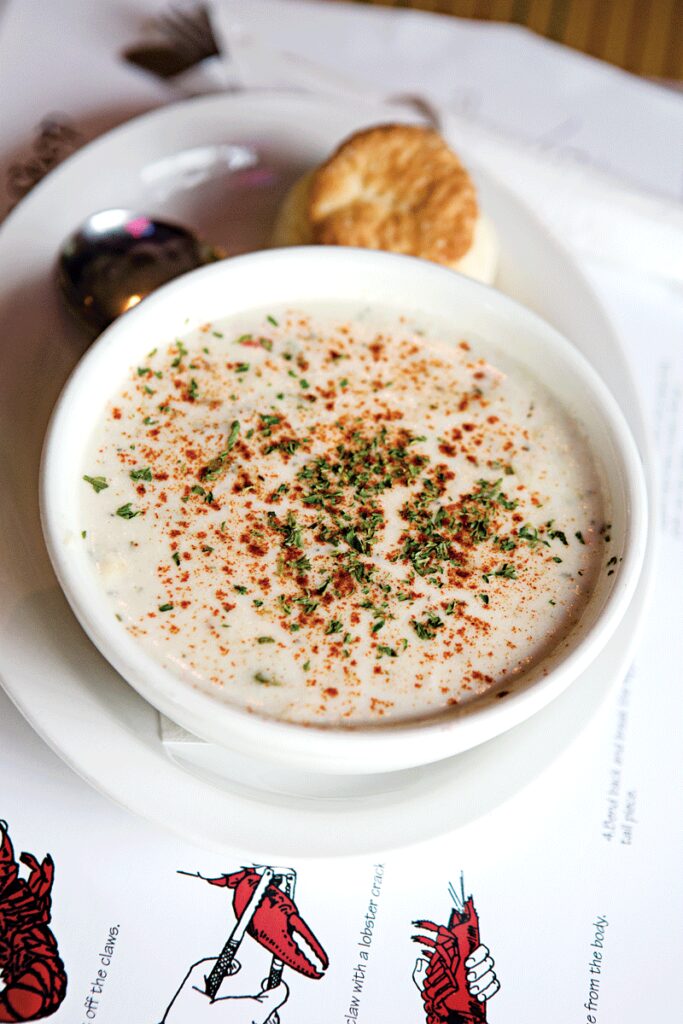 With six types of seafood, this Acadian version is for the fish lover.

Jump over to Scotland 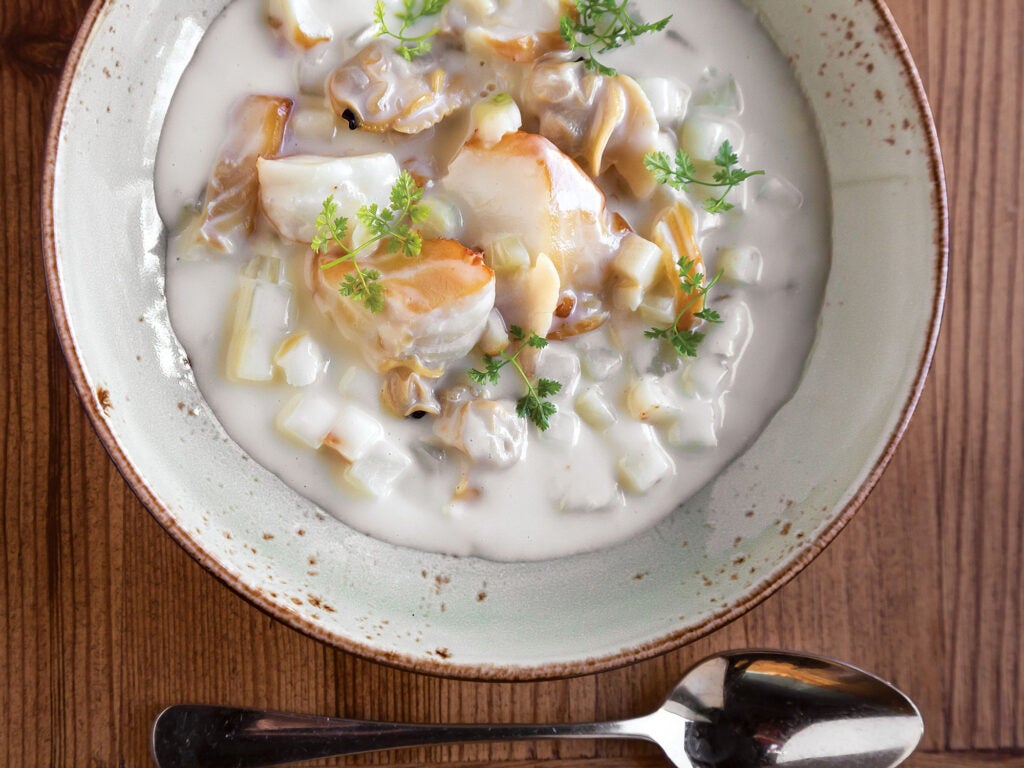 This Scottish-style chowder adds smoked haddock and a splash of sherry for a rich flavor and smoky bite. 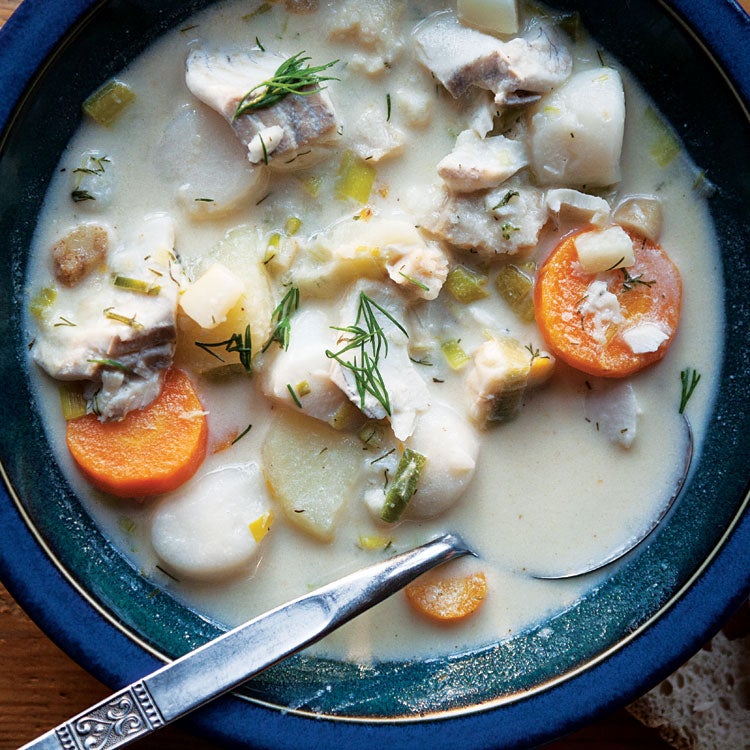 When making this creamy fish stew, feel free to substitute mahimahi, salmon, scallops, or shrimp for the cod.

The chowder that’s half cod, half vegetable.