How to Cook With Pandan, the Vanilla of Southeast Asia 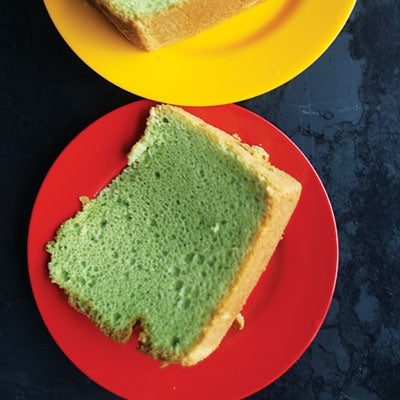 Emerald green, fluffy pandan chiffon cake, beloved from Indonesia to Singapore, is a curious manifestation of America's culinary influence on Southeast Asia. In 1948 Better Homes and Gardens published a General Mills recipe for chiffon cake. Years later the recipe made its way to Southeast Asia—most likely on boxes of imported cake flour—where home cooks made a version flavored with the juice from pandan, an aromatic grass with a floral, vanilla-like flavor. By the 1970s, viridian chiffon cake was all the rage, and it's just as popular today as it was 30 years ago. See the recipe for Pandan Chiffon Cake ». James Oseland
SHARE

For the uninitiated, tasting pandan for the first time is like learning a word for an emotion you’ve always struggled to describe. Floral like vanilla but with a grassy lilt and a tropical bouquet that verges on coconut plus a distinct note of…is that bubblegum?, pandan (also called screwpine leaf) is an ingredient worth getting to know. In Malaysia, Thailand, Vietnam, Indonesia, and beyond, it’s as common a flavoring as vanilla is in the West, and despite the plant’s beguiling appearance—tough leaves that look more like leek greens than dessert fodder—it’s one of the most versatile tools in a cook’s pantry. How to use pandan? Let us count the ways.

Where to Get Proper Pandan

But first, a note on where to find the stuff in the first place. If you live near a Thai, Vietnamese, or other Southeast Asian grocery, you’re in luck. Pandan’s a common find, in the freezer aisle at least if it’s not available fresh. Because the greens are so hearty, they hold up well to freezing if wrapped tightly in plastic with minimal air exposure and can be stored in the freezer for weeks or even months. To buy fresh pandan leaves online, check out the selection at Import Food; Fil Stop sells frozen pandan leaves online. Just be sure to avoid pandan extracts and pastes in cans and droppers—they’re low quality substitutes that lack all the fresh brilliance of the real thing.

At countless Thai restaurants, including Andy Ricker’s Pok Pok in Oregon and New York, the water sent to your table is kissed with the scent of pandan for a refreshing drink. To make it, bring 4 cups of water to a boil, remove from heat, then add 3 to 4 pandan leaves. Let rest, tasting every few minutes to determine your ideal concentration, then strain and chill. 5 to 10 minutes should do it.

Follow the instructions in the video above to make your own pandan extract—chop up the leaves, blend them into a paste with a little water, then squeeze the paste through a sieve until you have an emerald-green liquid to add to milk bread, chiffon cake, wobbly Jello-jiggler-like khanom chan, and sticky rice dumplings.

Flavor a Pot of Rice

A couple leaves of pandan added to a pot with turmeric, coconut milk, and lemongrass, or lime leaves makes an amazingly fragrant flavor base for steamed rice.

Pandan’s long, sturdy leaves make it the perfect thing for wrapping around parcels of coconut- and chile-marinated chicken that gets steamed to cook the meat, then briefly fried to add some crisp. You can take a similar approach to palm-sugar-sweetened sticky rice (minus the frying step) to make a neat little pouch of ersatz pulut inti.

Infuse it in Your Booze

Pandan’s popularity in cocktails has grown significantly in the past few years—its nutty finish and distinct fragrance can offset bright citrus and add depth to spirit. Cocktail bar Mace‘s Nico de Soto, the French-American bartender credited with spreading the gospel of pandan to bars across New York and Paris, says there are two ways to get the stuff into your booze. You can either simply add the leaves to a bottle of your base spirit for up to 48 hours, or blend the leaves with an equal-parts simple syrup and strain—de Soto recommends roughly 15 leaves to every liter of syrup. That syrup can then be used in lieu of regular simple. And as with any home infusion, feel free to experiment, double up, and mix the stuff with other ingredients—it’s all part of the fun. 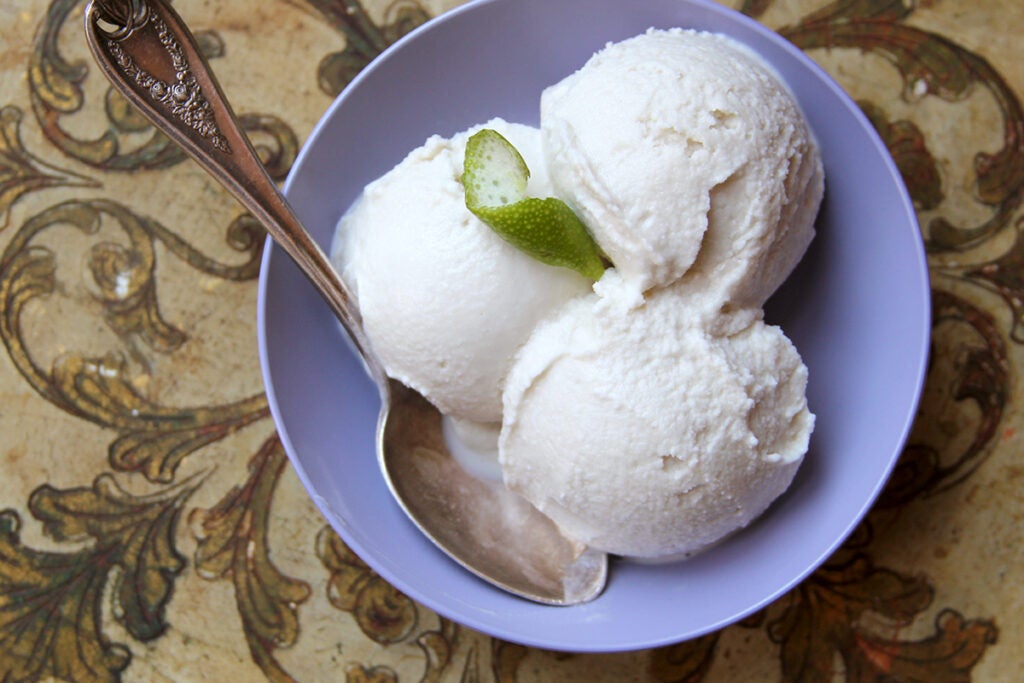 Steep it for Killer Custard and Ice Cream

Pandan loves dairy, but it adores a mix of dairy and coconut milk. Mix those two fatty lovely things to your preferred proportion, bring them to a simmer, then steep a couple pandan leaves for an hour or two. Remove the spent leaves and use the milks as a base for a creme anglaise, pudding, pastry cream, custard, or ice cream.

Add it to Your Curry

Christopher Tan’s a big fan of Malay ayam masak merah—Malaysian red-cooked chicken with chiles and pandan leaves. Just a couple leaves bring a beautiful nutty fragrance to the braising liquid—a trick we like in this fish curry with potatoes as well. 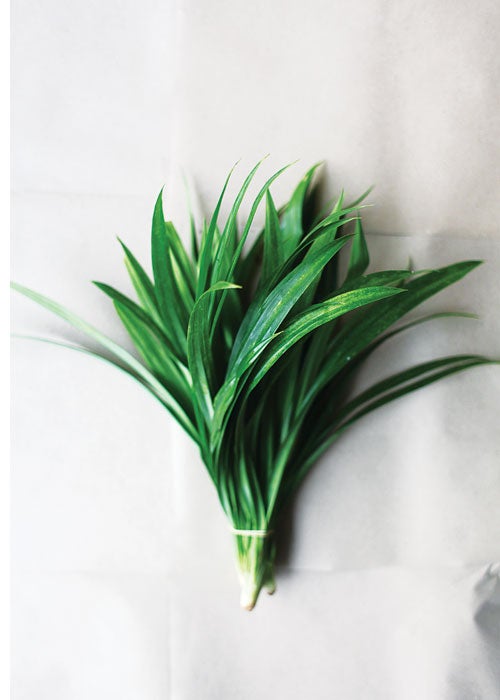 More on Pandan: Blades of Glory