Glance at the cookbooks in most Jewish American households and you will probably spot at least one by Joan Nathan. It may be the white and golden jacket of her Jewish Holiday Cookbook, a matzo meal dusted copy of her seminal Jewish Cooking in America, or her newest King Solomon's Table: A Culinary Exploration of Jewish Cooking from Around the World, which came out this spring and includes recipes as diverse as defo dabo, an Ethiopian Sabbath bread, and t'beet, a Sabbath chicken and rice dish from Baghdad.

Threading them all together is Nathan’s exhaustive research, drawing on time spent in Jewish kitchens from Israel to India, digging through archives, and reading the countless books in English, Hebrew, and French, many of them now out of print, that line the shelves of her home. “That’s what I’m interested in. The history and continuity,” she says, using cookbooks as a way to step back into moments in Jewish history and communities that no longer exist.

Of all the books, she whittled the collection down to 10 for this recommended Jewish cookbook reading list. 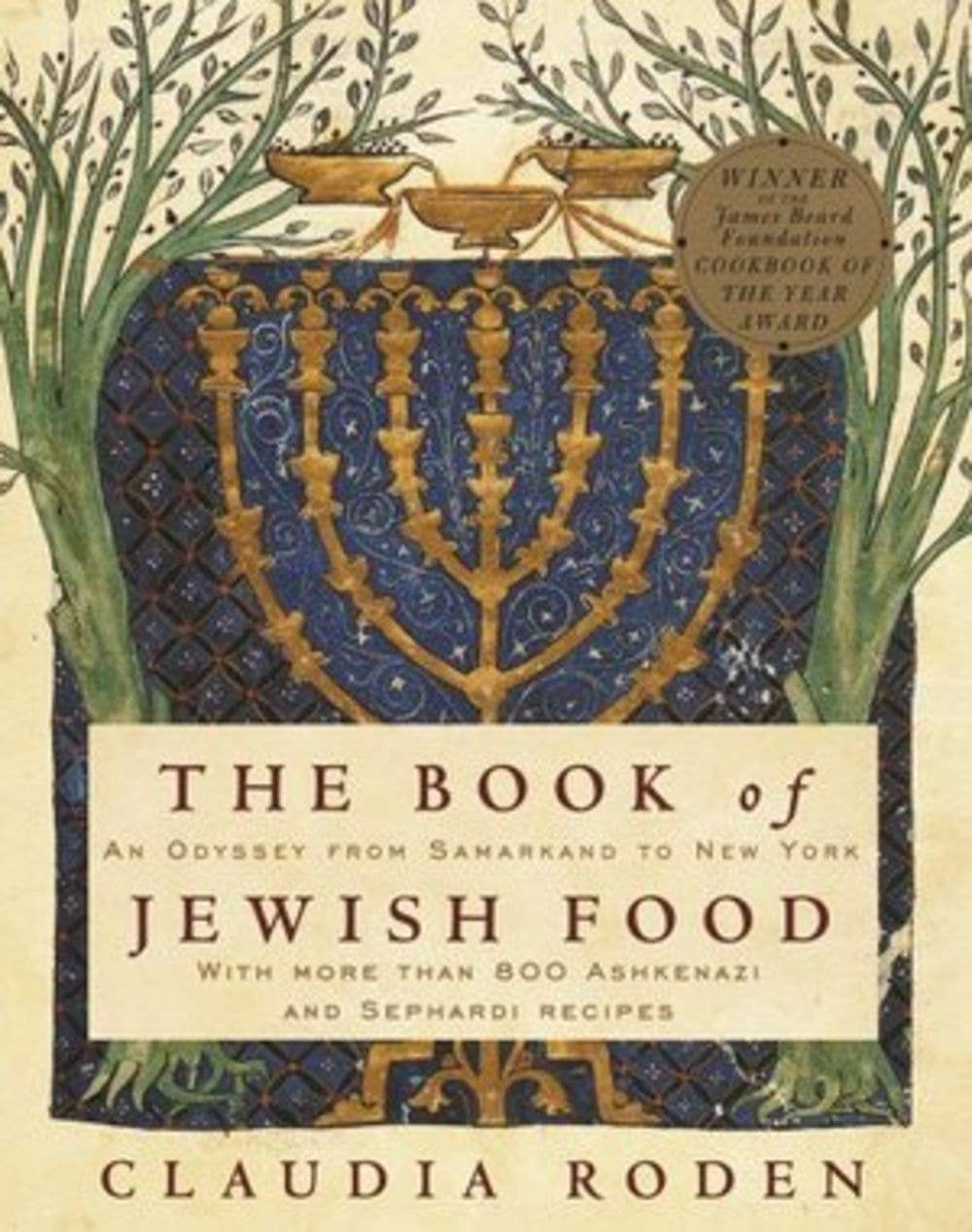 The Book of Jewish Food: An Odyssey from Samarkand to New York by Claudia RodenSHOP NOW

"When I first started writing, I remember looking at her book of Middle Eastern food and I thought it was so cool that she had gone looking for the original sources," Nathan explains. But the book of Roden's that Nathan returns to most often is her tome on Jewish food, with its 800 recipes gathered from more than a decade of travels and her Egyptian and Iraqi heritage. 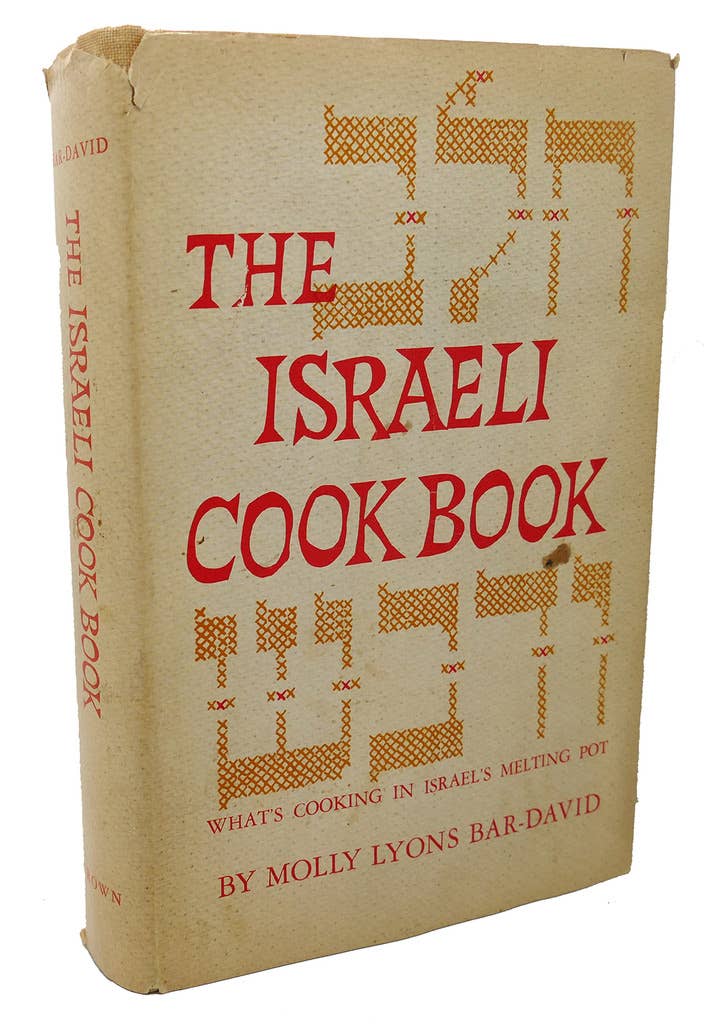 By the time Nathan lived in Israel in the 1970s she says most people had "Israelified," that is, developed a national Israeli identity distinct from their former homes. She admits that she's always been a touch jealous of Lyons Bar-David who went to Israel shortly after it was founded to capture a rare moment where Jewish immigrants were flooding in from different parts of the world with their local Jewish traditions and recipes still intact.

“When I’m looking to learn about Jewish customs, I go to that cookbook. She talks about all kinds of customs. Libyan, Moroccan...every recipe has something above it,” that illuminates its history or story. 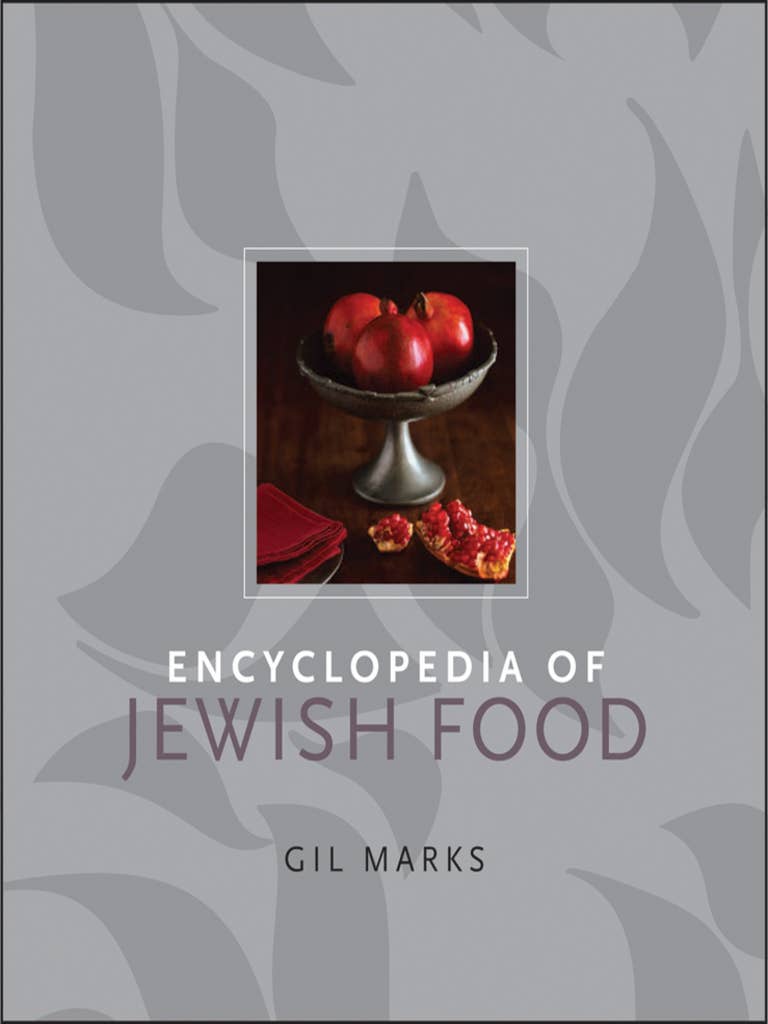 The late Jewish food authority Marks intersperses recipes among hundreds of entries that trace the origins of Jewish dishes from matzo balls to h'raimi (a Libyan dish of fish cooked in spicy tomato sauce). "It's a brilliant book," Nathan comments. "For many people it's a bible of Jewish cooking." 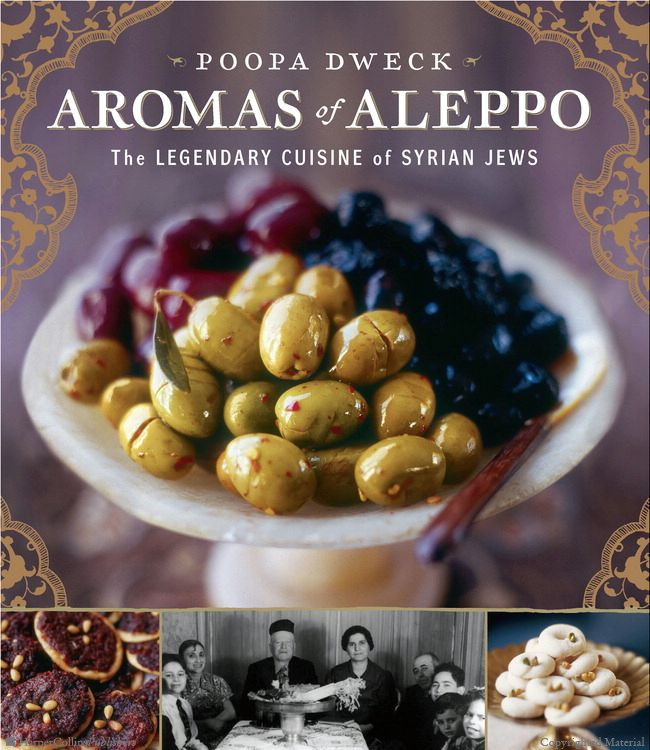 Aromas of Aleppo: The Legendary Cuisine of Syrian Jews by Poopa DweckSHOP NOW

In a time of intense conflict in Syria, this stunning cookbook is particularly poignant. Dweck dug to find answers to questions about the once flourishing Jewish community that lived there. "She's telling the story of a civilization that's no more," Nathan says. In that digging, she also unearthed recipes that the community and its descendants clung to, such as sour meatballs with cherries and tamarind. 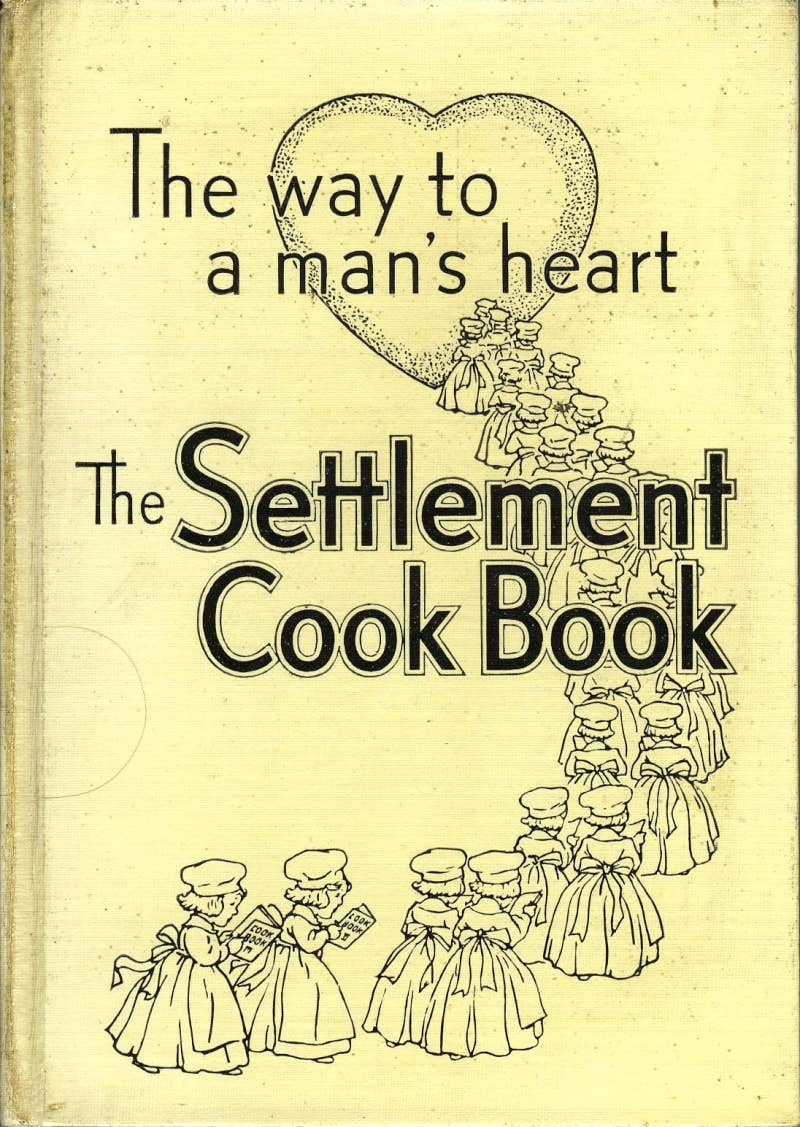 The Way to a Man's Heart: The Settlement Cook Book by Mrs. Simon Simon KanderSHOP NOW

"I grew up on it and even my mother—who died at 103—instead of using my 11 cookbooks would use The Settlement Cookbook. It was the cookbook her mother gave to her when she got married," she goes on.

Her mother wasn’t alone. This book, originally published in 1903 and reprinted as recently as 2006, was a guidepost for many Jewish cooks through the 20th century, with chapters on household rules, outlines of menus, and recipes for everything from borscht to chicken chop suey. 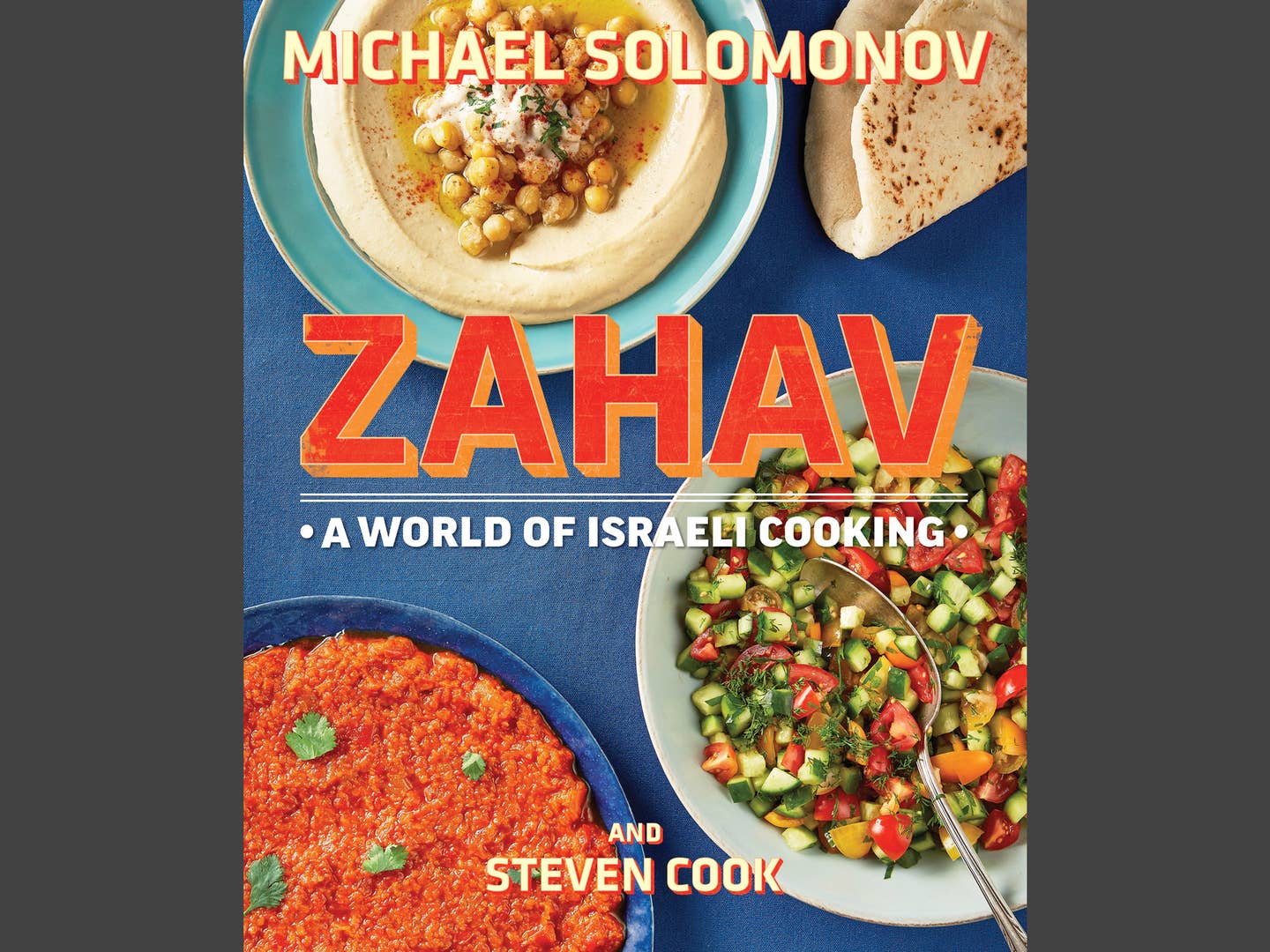 Zahav: A World of Israeli Cooking by Michael Solomonov and Steve CookSHOP NOW

Solomonov, a James Beard Award winning chef, "goes to the heart of Israeli cooking" in this book, breaking down Jewish food in a way that no other chef cookbook does, Nathan says. Along with business partner Cook, the two share their personal stories from times spent in Israel and working at their acclaimed Philadelphia restaurant by the same name. 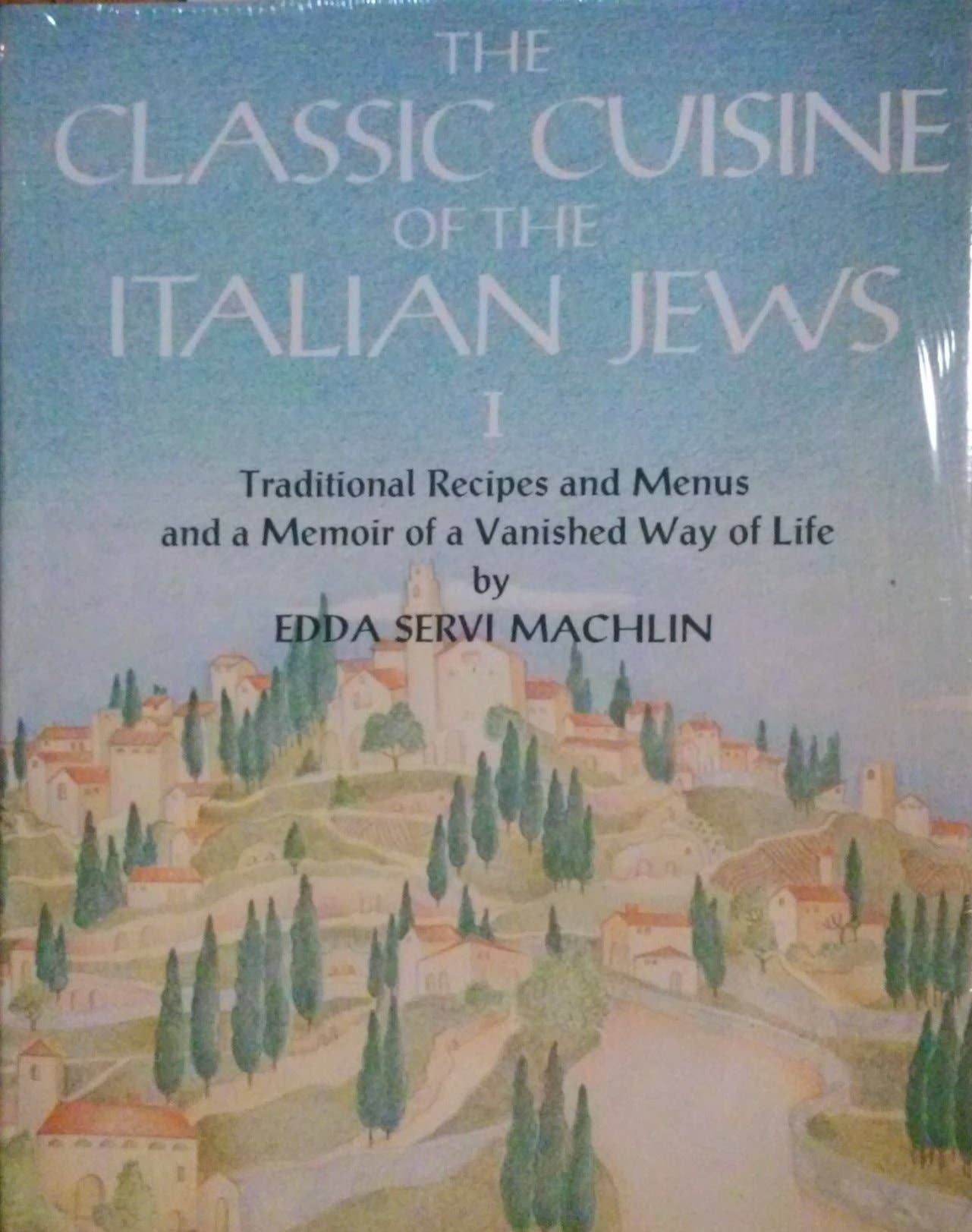 The Classic Cuisine of the Italian Jews: Traditional Recipes and Menus and a Memoir of a Vanished Way of Life by Edda MachlinSHOP NOW

The traditions and recipes of the Jewish community of Italy are little known to most American Jews. Machlin, who grew up in the Tuscan town of Pitigliano, shares some of them including remembrances of the town's communal matzo oven. Recipes from the community, like lingua salmistrata (pickled beef tongue), are traditional, but as Nathan says, "you wouldn't think of all of it as Italian food." 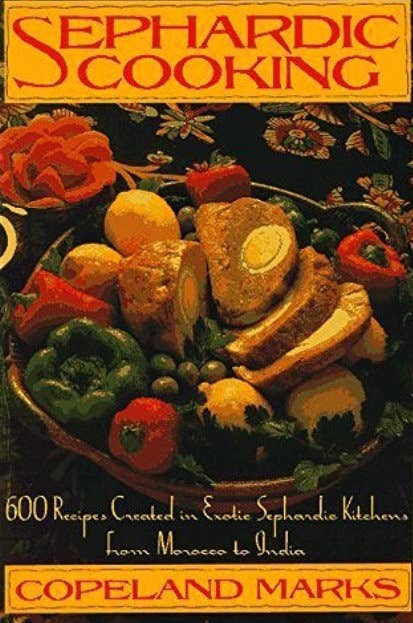 Like Machlin's book, this guide to Sephardic cooking (the food of Jews or descendants of those who lived on the Iberian peninsula) is transportive, Nathan says. Marks traveled as far east as India, learning Jewish customs by spending time in homes and capturing recipes from cooks in Greece, Yemen, Turkey, and beyond. 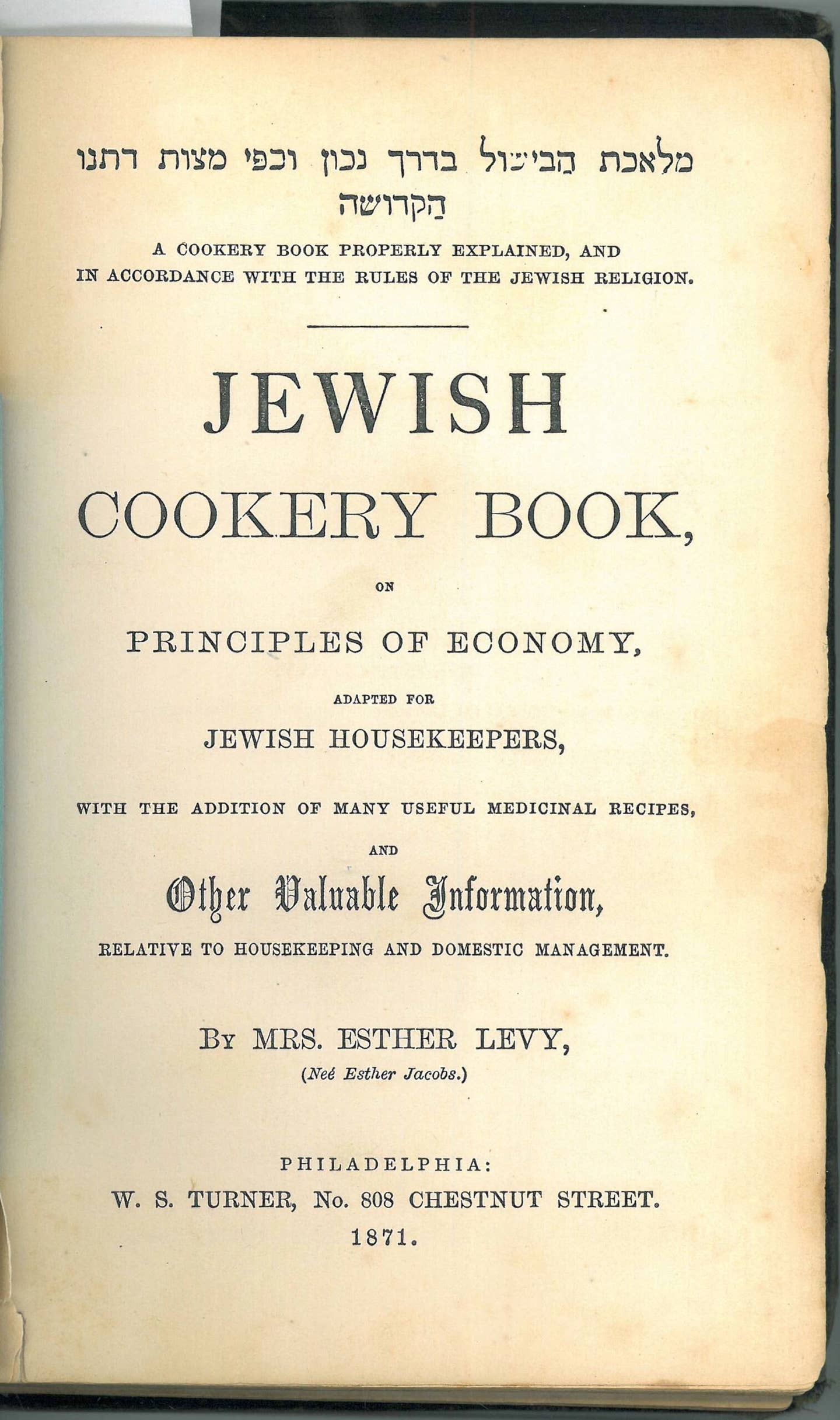 Originally printed in 1871, The Jewish Cookery Book is technically called Jewish Cookery Book on the Principles of Economy, Adapted for Jewish Housekeepers, with the Addition of Many Medicinal Recipes, and Other Valuable Information, Relative to Housekeepers and Domestic Management. While it's been reprinted since, it's most notable for being the first Jewish and kosher cookbook published in America. The book has a "lot of these old Sephardic recipes," says Nathan, as it came out before the first major wave of Eastern European Jewish immigrants, who brought with them the building blocks of the modern American Jewish culinary canon. 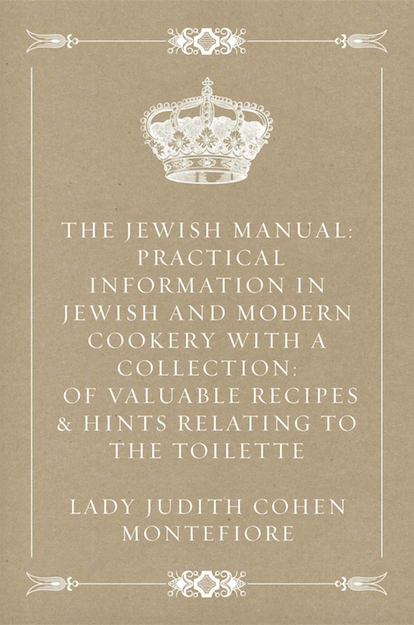 The Jewish Manual: Practical Information in Jewish and Modern Cookery with a Collection: of Valuable Recipes & Hints Relating to the Toilette by Lady Judith CoSHOP NOW

Written by Moses Montefiore's wife in 1846, this was the first kosher cookbook published in England. "I am constantly amused and learning things from what she did in her book," Nathan says. As Nathan puts it, "It's like an English woman's take on Jewish food."