Make the Most of Pears, the Unsung Heroes of Fall Desserts 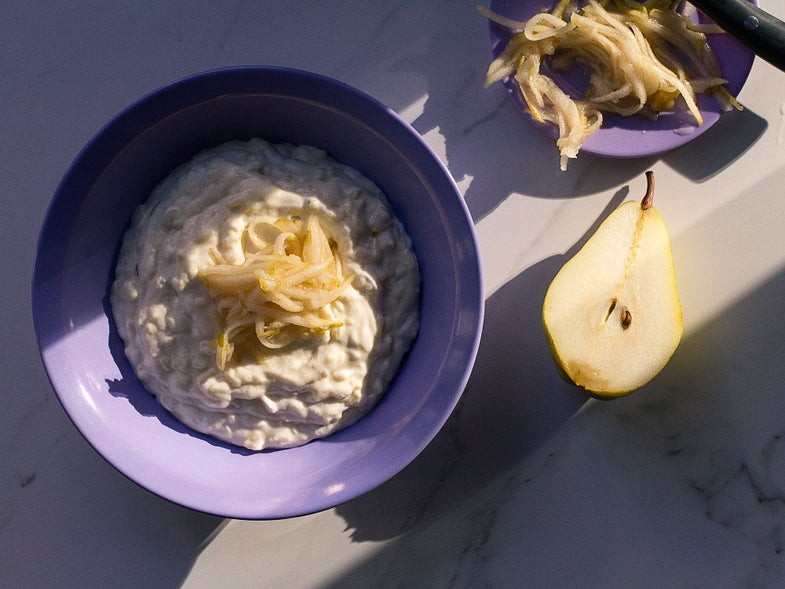 Lavender and delicately floral Bosc pears complement each other in this rich rice pudding, made fluffy and light with whipped cream. Get the recipe for Lavender Rice Pudding with Pears ». Farideh Sadeghin
SHARE

I never liked pears until I moved to California. I know, isn’t that gist of everyone’s story of a food awakening in the Golden State? But for me, it was that I had never tasted so many different types of pears. The mealy, supermarket ones I had grown to detest were nothing like the fresh Seckels and Boscs and d’Anjou I ate at farmers markets. While I know Oregon and New England both produce stellar pears, it’s the Bay Area where I fell in love with how juicy, rich, and sweet a pear can be.

I’m back in New York now, but my pear-appreciation remains intact, and as soon as they come into season I eat as many as can fit in my tote bag. I’ve learned my lesson: I don’t bother with supermarket pears any more. They’re not worth it once you realize how good a fresh pear can be.

I like to complement their delicate, floral aroma with the dried lavender I see popping up at markets around the same time. Those kinds of perfume-y flavors in turn beg for dairy, in my opinion, so I like to, ahem, pair chilled and grated pears with a small bowl of light-as-air rice pudding enriched and enlightened with whipped cream. The cold, crisp pear cuts the creamy, barely-warm pudding like the California sunshine through the ever-darkening autumn nights.