Before Prohibition, North Carolina was once one of the country's most prolific distillers, and now a new crop is taking the lead 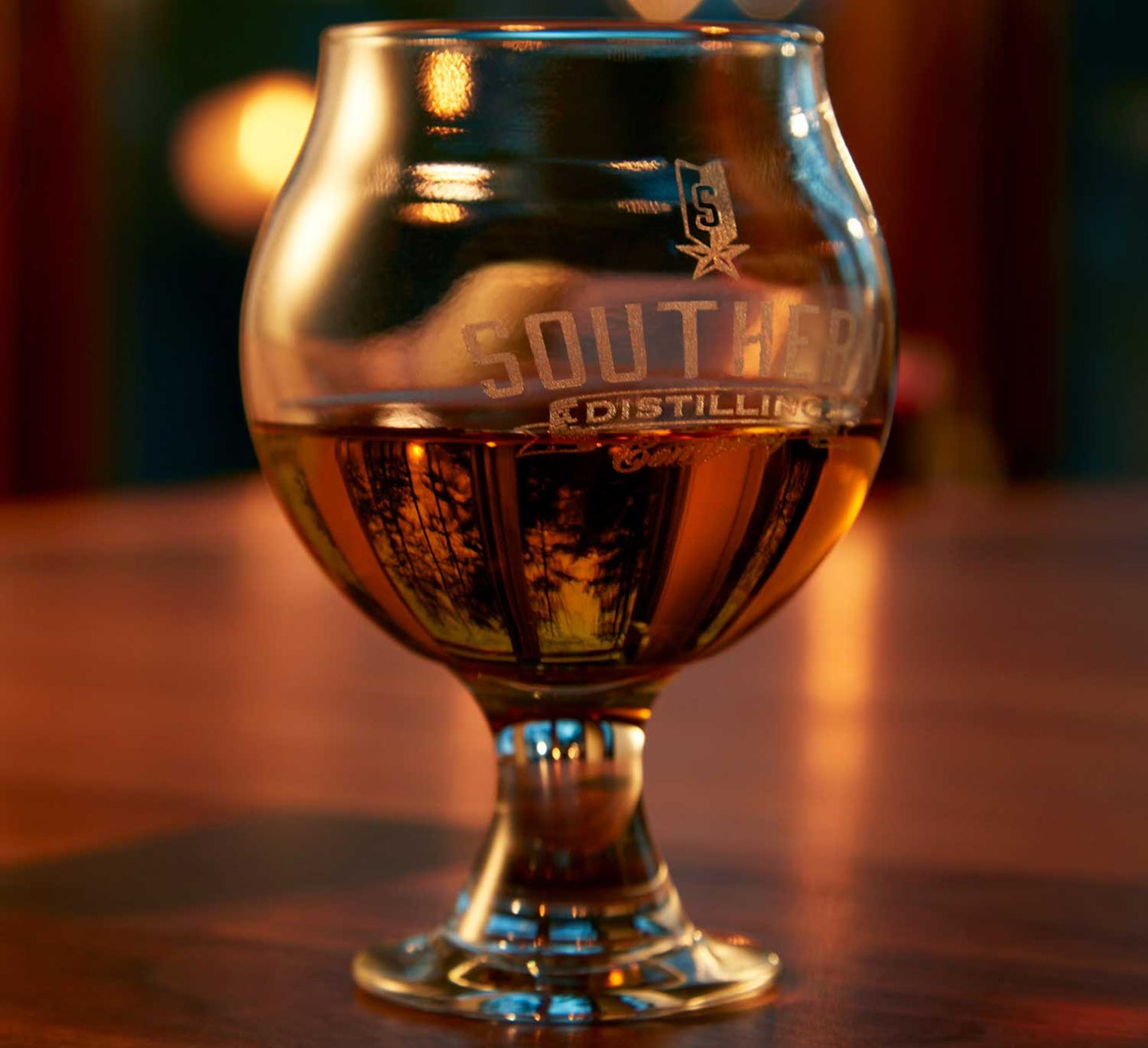 Until 2015, distillers in North Carolina weren’t permitted to sell their own spirits. Unlike wineries and breweries in North Carolina, distilleries could only offer visitors one-ounce samples and non-alcoholic souvenirs before directing them to the nearest state-run liquor store to actually make a purchase. The 2015 bill permitted distilleries to sell a whopping one bottle per customer per year (with the purchase tracked via the customer’s driver’s license) reiterating a pattern that has played out over decades in North Carolina: The growth of the spirits industry there hinges upon the reversal of intense regulations that long predate federal Prohibition. A new generation of distillers, inspired by a nationally thriving craft spirits industry, now distinguishes North Carolina as a source for excellent spirits, but distillers are relying on the state to continue to support new avenues for revenue. In 2017, a new bill permitted the sale of up to five bottles per person annually. It’s still incredibly restrictive, but it’s a start.

North Carolina wasn’t always this way. Plentiful water sources and agrarian abundance gave 19th-century family farmers tremendous grain surplus, which often led to one of the state’s more than 400 operating distilleries. To this day, grain and corn remain the most valued crops in the state financially, and, after tobacco and soybeans, corn is the greatest in yield. State historian Chester Paul Middlesworth writes that during the 1880s, freight agents tracked some 57,000 gallons of whiskey and brandy moving by rail per day through Statesville, a town just north of Charlotte. But, as Pete Barger, President of the Distillers Association of North Carolina and founder of Southern Distilling Company—the first legal distillery to open in Statesville since 1903—puts it, “the rise of the industry actually had a lot to do with its fall.”

North Carolina dried decades before federal Prohibition took effect (though moonshining and bootlegging did fill some of the gaps). After the Civil War, Democratic Party leaders—then the party of white, land-owning conservatives—considered rural distilleries and bars to be Republican recruiting stations. At the same time, the Anti-Saloon League and the Women’s Christian Temperance Union allied with Baptist and Methodist churches to reprove alcohol consumption. The passage of Jim Crow laws in 1901 disenfranchised African-American voters, and, with an all-white vote, Democrats and temperance groups achieved a de facto Prohibition in North Carolina county by county, with 68 of 98 counties in North Carolina officially dry by 1905. It became the first southern state to adopt statewide prohibition in 1909, and was the second-to-last to end it (Mississippi held out until 1966). In 1937, state legislators formed a regulatory board (now the Alcohol and Beverage Control Commission, as in 16 other U.S. states) so that North Carolina could accrue tax revenue from the sale of liquor. It was not until 1978 that “liquor by the drink” sales became legal, and only then if individual counties voted to allow it. Now, elected officials seem increasingly open to the growth of the industry and are moving cautiously, perhaps gauging the political repercussions of each new measure.

For distillers like Jeremy Norris, who built Broadslab Distillery in 2012 on the same family farm in Benson where his great-great-grandfather distilled “sipping whiskey” from the remnants of corn and barley crops, bottle sales have sometimes meant the difference between staying afloat or not. Norris grows non-GMO white corn for Broadslab’s moonshine, which he describes as “sweeter and more mellow.” Norris’s grandfather dug the irrigation wells that Broadslab uses to source water today, in a part of Johnston County (south of Raleigh) with a pristine water supply. Broadslab is a small brand with no partners or investors, and the Alcohol and Beverage Control Commission (ABC) represents a fair share of sales, though on consignment—there are no guarantees on what ABC stores will order from the state warehouse, where all bottles are shipped for distribution, or when. Norris is hopeful that subsequent laws will allow distillers to ship directly to consumers, both for the revenue, and for increased brand exposure.

The increase in profit from on-site bottle sales has allowed Andrew Porter, who co-founded Doc Porter’s in Charlotte with his wife, Liz, to offer more tours, and to subsequently engage with fans of the label directly. “Not having this ability,” he says, “would make it almost impossible for a craft distillery to survive in North Carolina.” The option to sell prepared drinks on site would be another game changer. Porter continues, “This would allow for a community environment, much like breweries have—it would also bring in much-needed revenue and showcase our products in a variety of ways, instead of just sampling straight.”

Distilling is tethered to the idea of sustainability, in making the most of surplus, and new distillers have built upon this foundation. Doc Porter’s partners with both local breweries and coffee roasters to create whiskey-aged beers and whiskey-flavored coffee in used barrels, and sources all of the citrus for its gin from a local restaurant franchise. Doc Porter’s vodka is made from 100% North Carolina wheat, and the vodka also forms the basis for its gin, which favors botanicals like hyssop and orris (iris root), as well as cardamom, cucumber, and citrus. Barger’s Southern Distilling Company produces 15,000 barrels of bourbon annually made with corn, wheat, and rye grown on farms within a 10-mile radius of the distillery. Most distillers return their spent mash to dairy or cattle farmers for feed, or to break down manure, and reuse or recycle their water during the cooking process.

You can find more of these new enthusiasts and legacy distillers on the official North Carolina distillery trail. Ollie Mulligan, founder of Great Wagon Road in Charlotte, named a barrel-aged moonshine for his grandfather, who was tried in Ireland for illegal moonshining in 1954; Dave Angel formed Elevated Mountain in Maggie Valley, which is poised to release a new line of high rye and smoked blue corn bourbon, after leaving a career in human resources; the Dark Rhythm Gin at Oak and Grist in Black Mountain is made by steeping botanicals with its single malt whiskey before distilling; and Sutler’s Spirits Co., in Winston-Salem, infuses its gin with lavender and coriander.

There is no doubt that right now, many in the industry are producing a good product for a limited market. But, as Angel observes, “North Carolina today is not the North Carolina of the 1930s.” Just twenty years ago, there were only 6 distillers in the state; now there are more than 50. It’s a far cry from 400, but if legislation continues to support the growth of the industry, distilling will prove to be an increasingly viable enterprise in North Carolina, confirming that history does, in fact, repeat itself.