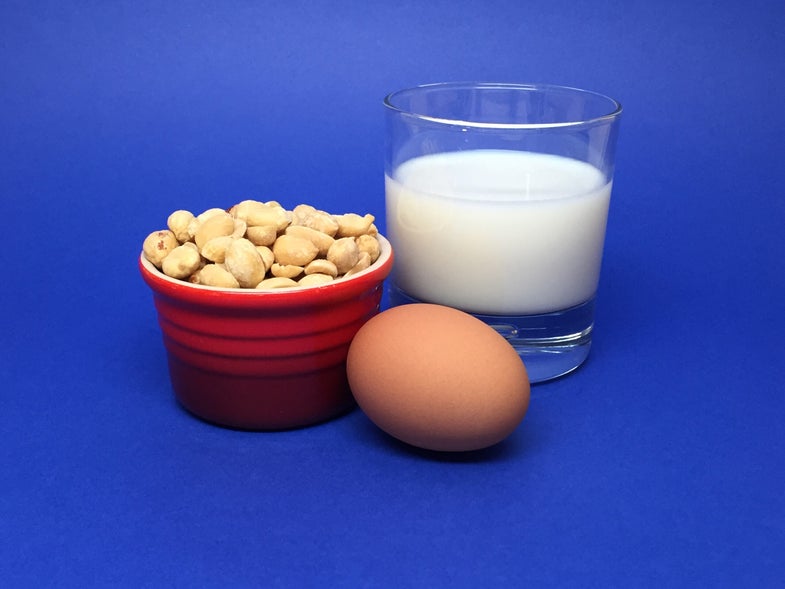 When we think of food challenges, what first comes to mind is a man attempting to conquer a triple cheeseburger with a side of onion rings and cheese fries so he can get a t-shirt and his picture on the wall of a restaurant. Although this new “food challenge” isn’t exactly like that, it might just change your life.

Maybe you’ve been allergic to milk since childhood, or you recently turned thirty and had a sudden reaction to peanuts. Either way, now you’ve been trained to stay away from those foods at all costs, for fear of breaking out in hives or having to use an epipen. However, according to a new study, you can participate in a food challenge to see if you’ve outgrown your allergy by eating foods in small doses.

NPR reports that the first step of the process is a blood test, to check immunoglobulin E levels (IgE), an antibody commonly associated with allergic reactions. The higher the levels, the more likely you are to have a reaction. But if your levels have dropped, you may be able to move on to the food challenge.

During the challenge, you will be exposed to the allergen in small doses. For example, according to NPR, a fifth grade girl in Colorado had been allergic to eggs for most of her life. She began the food challenge by tasting a small bit of egg and waiting twenty minutes for a reaction. When she didn’t have one, they kept increasing her bite size and monitoring her reactions over the span of four to six hours. Eventually, she was able to eat an entire egg without a reaction, meaning she passed the test and it’s safe to re-introduce eggs to her diet.

Researchers performed over 3,600 food challenges for the study, with 86 percent of them ending with no allergic reactions to various foods. So, if you’ve been suffering from a food allergy, now sounds like the time to go back to your doctor for a follow-up.