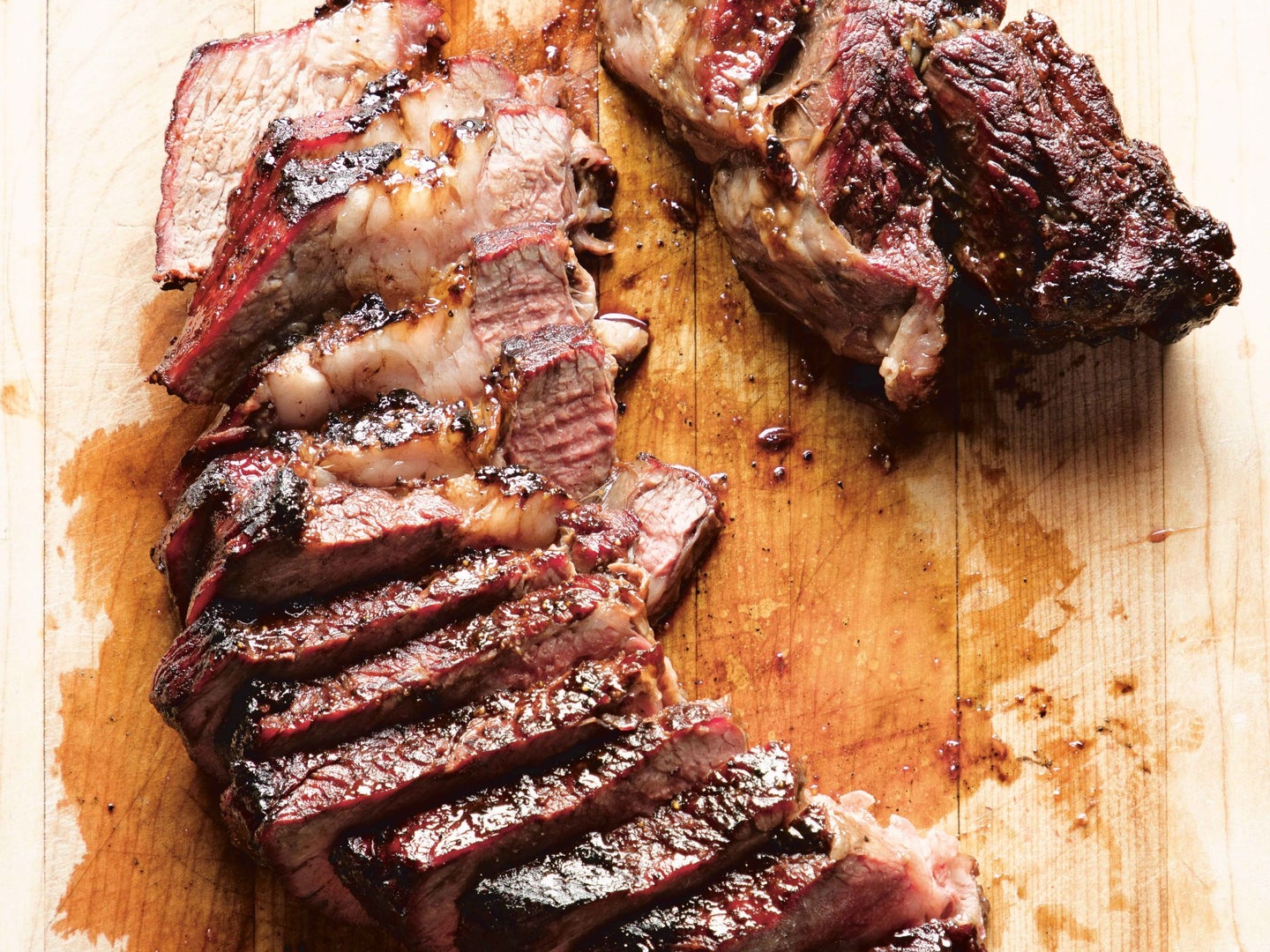 Maui chef Sheldon Simeon thinks of shoyu and sugar as the “mother sauce” of Hawaiian cuisine. Mixed together in sweet and salty balance, “shoyu sugar” forms the foundation for a number of dishes, from chicken hekka to Okinawan rafute. The combination makes sense on a cultural level as much as on a culinary one: Sugarcane was the economic lifeblood of Hawaii for generations, while shoyu is the one seasoning Hawaiians use more than any other.

Simeon developed this recipe as a solution to a very specific conundrum: He loves the simplicity of grilling a thick steak over his backyard grill, but he realized that, if he wanted to season the meat with shoyu sugar, he would have to marinate it, which would change the texture of the beef. Brushing the steak with shoyu sugar while on the grill didn’t work great either: The liquid drips off without imparting much flavor. So instead, he adapted traditional Japanese tare—a basting sauce thickened with toasted and pulverized brown rice. This powder adds a pleasant nuttiness, and more importantly, helps the shoyu sugar cling to the steak, resulting in a gorgeous caramelized crust. (If you don’t have a spice grinder to grind the rice, a third of a cup of Cream of Wheat or Cream of Rice hot cereal is a handy substitute.)

Using this method, any ¾-inch thick steak will work, including a ribeye, New York strip, T-bone, top sirloin, or flank steak. Simeon’s favorite cut to use, however, is the boneless chuck roast. This “the poor man’s rib eye” comes from the shoulder and is most often used for braising or roasting. It’s not as tender as a filet mignon, but if you prefer an extra beefy-tasting steak, the chuck’s robust flavor and satisfying chew make it an appealing option.

This recipe is adapted from Cook Real Hawai’i by Sheldon Simeon. 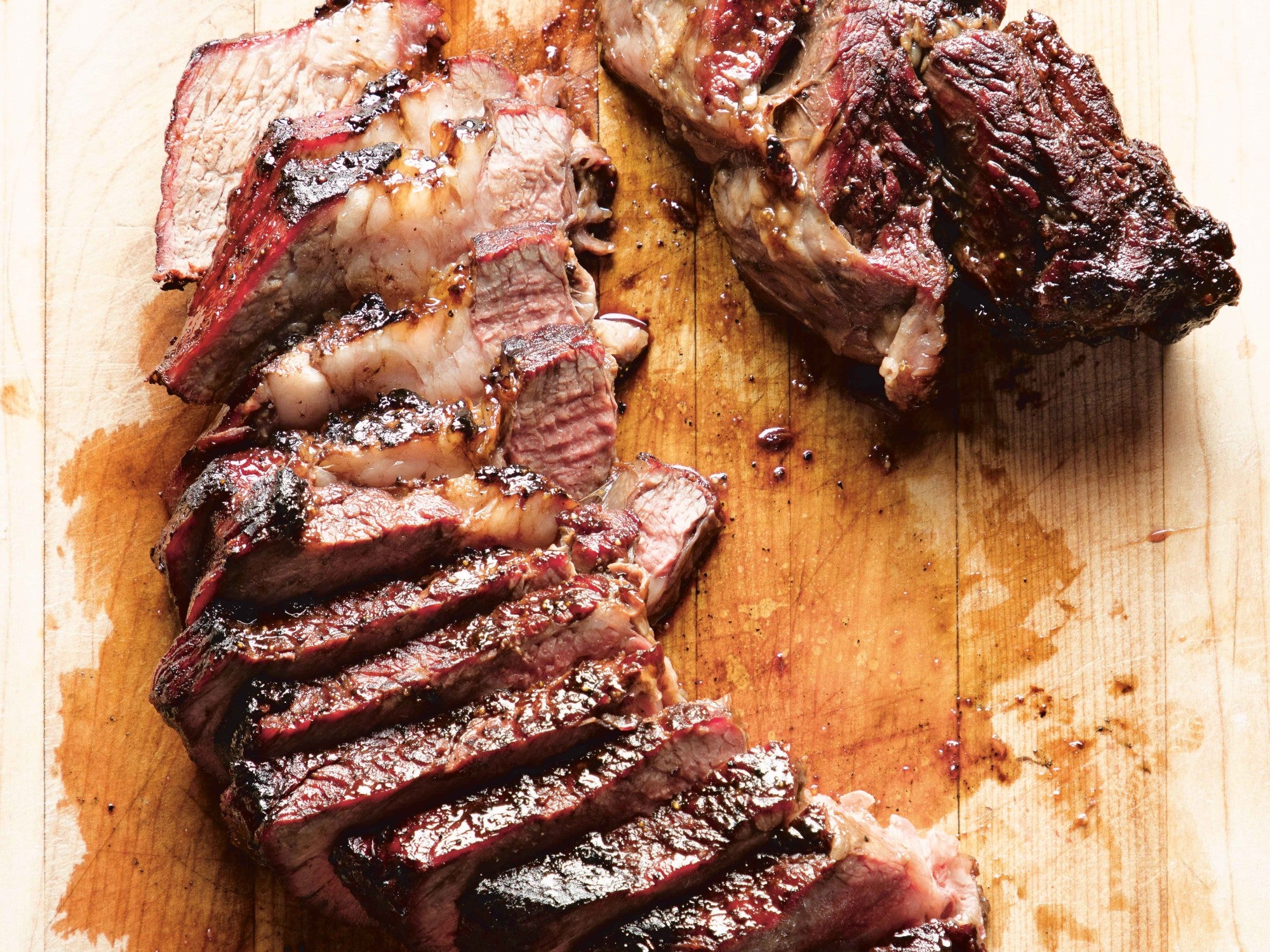 Rafute – a salty-sweet fatty pork from the island of Okinawa. Get the recipe for Rafute (Pork Belly in Okinawan Shochu and Raw Sugar) »