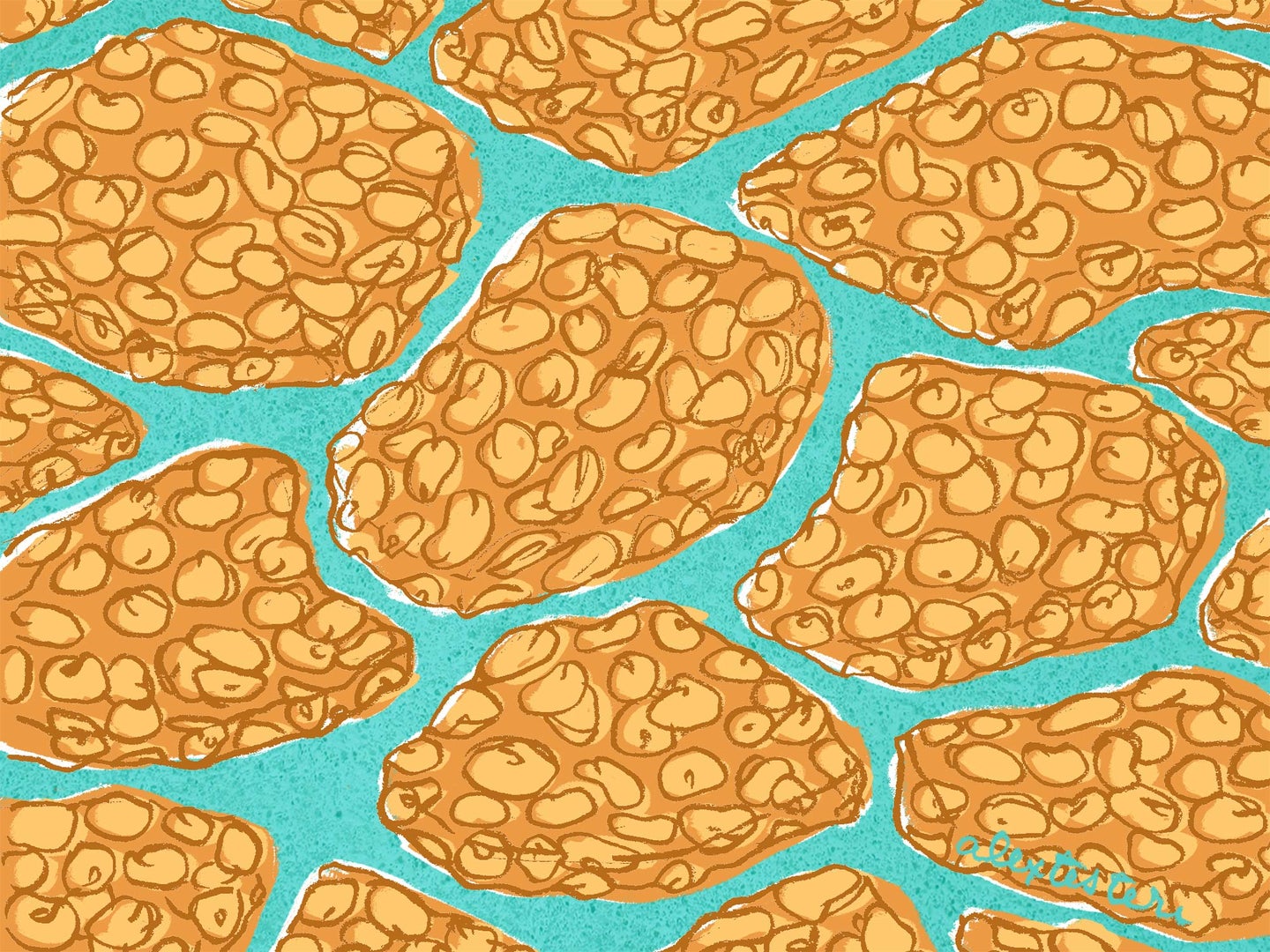 “If you are in Pra’ and you don’t grow basil, you are nobody,” declares the basil farmer Roggerio Rossi. The sky above his sprawling greenhouses is gray, the air heavy, a climatic state called macaja in the Genoese dialect. Inside, the atmosphere is static, still, electric green. The scent is peppery, briny, more delicate than freshly clipped grass, but intoxicating and pungent. A carpet of Basilico Genovese runs full-bleed from wall to wall. It’s fluffy—almost awake—and appears to be reaching up, exploding with small, teardrop-shaped leaves. Five workers recline on their sides across wooden planks suspended over the fragrant flora. Like a pack of Titian’s Venuses, they pick individual stems, roots intact, and fashion them into bouquets. Liguria is Italy’s most famous basil-growing region. The herb is lifeblood here. It floods the stands of Genoa’s Mercato Orientale, a dizzying, circular market hidden on the interior of a city block. It’s sold in pots in tiny town squares and arranged in vases on restaurant tables. Everyone agrees that the best basil in Liguria is grown in the village of Pra’. Proximity to the shore is said to give a bright, oceanic quality to the crops. Much of the Italian Riviera is beautiful—coral- and butter-colored beach towns, slightly decayed but shimmering with low-key wealth and domestic tourism. Pra’ is not beautiful. The waterfront is a gray mass of industrial docks and slips. Older, broken-down greenhouses disintegrate along a highway skirting the ocean. Newer basil farms are tucked into terraced hillsides high above.

Rossi’s team of recumbent pickers pull the stems before they grow too thick, too strongly flavored, or minty. These are qualities undesirable in Ligurian basil, prized for its mild, elegant flavor and delicate leaves. During the warm months, it’s grown for 28 to 30 days. In winter, grow time stretches to nearly 60 days. Rossi grows his basil according to DOP (denominazione d’origine protetta) standards, which protect the integrity of the product and emphasize its specific terroir like that of Gorgonzola from Piedmont or balsamico of Modena. Italian pop plays from a portable radio, and the workers chat, occasionally shifting on their sides to reach another patch. The nosegays are wrapped in paper and piled into a green mountain.

Basil is a cornerstone of the region’s cucina profumata (aromatic cuisine). In summer, marjoram, thyme, and borage redolent with earth and pepper explode from craggy hillsides. Ripe, golden-fleshed peaches and fuzzy, swollen apricots are heaped at fruit stands and roadside markets. Brilliant silver anchovies smelling of Mediterranean salt are soaked in agrodolce and golden olive oil to be served at the start of many meals. But the perfume that truly defines and unifies Liguria is pesto.

If you live here, you eat pesto. At least once a week a bundle of basil is picked or purchased. The mortar and pestle are pulled from their shelf. Pine nuts are muddled with garlic and salt; basil is drizzled with olive oil and vigorously worked into a smooth paste. (Both pestle and pesto derive from the verb pestare, meaning to crush or clobber.) Cheese from Parma and Sardinia is stirred in at the end. Each ingredient is part of a Ligurian code—a language that is made up of ocean, mountains, and the old trade routes imprinted upon them.

Every menu of every trattoria and osteria here contains at least one kind of pasta with pesto. Linguine-like trennete or short, twisted trofie are dressed, not drowned, with pesto genovese. Trofie are said to have been invented in the nearby seaside town of Recco, when a pasta maker rubbed her hands together after kneading a batch of dough. The curled pieces that fell away became trofie.

Sometimes green beans and potatoes are tossed in. There’s gnocchi with pesto, and ravioli with pesto, and pesto spooned over swordfish. Pesto gets dropped into the local minestrone as a seasoning. There’s also green lasagna, slippery layers of fresh pasta known romantically as mandilli di seta, or “silk handkerchiefs,” folded with pesto.

“We are Italian, so pasta is always here,” says the basil farmer Rossi, pointing to his forehead. “We are always trying to solve the problem, ‘What can I put on my pasta today?’ Here, we solve it with pesto.”

Judging by its universal popularity, pesto solves the world’s problems too. Except somewhere along the path to global pasta-sauce ubiquity, Liguria’s best-known export lost its distinctive character. Sailing forth from the great trading port of Genoa, pesto conquered the world—but as it settled in foreign places, it acclimated and assimilated. Its success rendered it indistinct, nationless.

Now pesto can be anything we want it to be. It’s become a catchall term for anything vaguely herbaceous and thrown into a blender. But the Genoese will tell you this isn’t true. They will tell you that pesto is an alchemy that can exist only in its birthplace. “The basil must see the sea,” says Rossi. “If it doesn’t see the sea, it is not Genoese.”

Osteria Baccicin dü Carü looks like a home. Gianni Bruzzone and his sister, Rosella, are known for the pesto they make in this small cottage of a restaurant in the hills just west of Genoa. Unfortunately, on this particular afternoon they’re closed. “A prince from Qatar wanted to come today,” Gianni says when he opens the door. “We said no.” Luckily Roberto Panizza has accompanied me. Genoa native, restaurateur, and self-styled ambassador of pesto, Panizza holds sway in the universe of serious pesto makers. In 2007, he created the Genoa Pesto World Championship. Held every two years, it’s a competition to promote the product and teach the world how to make it properly in a mortar with a pestle. (According to the championship website: “Behind pesto is history, and art, and a quality of life.… The contest can be won by Italians or by foreigners. But above all, the winner is Pesto, a healthy, natural and democratic sauce.”) Gianni lets us in and insists that we stay for lunch.

First, there are anchovies, both fried and marinated in sweet vinegar and oil. Then comes the pesto. Gianni brings out plates piled with gnocchi, each little dumpling coated in vibrant green sauce. Next, thin strings of taglialini with borage and marjoram tossed together in a mortar slicked with pesto. It’s served twirled into chewy, shining piles, the color of mossy lagoons. The pesto is perfect in its imperfection. It’s a consistency that could be achieved only by hand muddling, and each ingredient—the garlic, Parmigiano-Reggiano and Pecorino Sardo, pine nuts, and basil—is visible, a fine, juicy silt of gold and green suspended in oil. The basil, though thoroughly, finely clobbered, tastes alive, as if still reaching toward the sun.

One and then two bottles of pigato—a local wine whose salty, mineral quality makes it ideal to be drunk with large quantities of seafood and pesto—appear and disappear quickly.

Over glasses of fizzy moscato, anise-spiked espresso, and flower-shaped shortbread cookies called canastrelli, Gianni, Roberto, and Rosella talk about the bad luck of naming anything after Christopher Columbus (the Genoese are ambivalent about their native explorer), the region’s financial influence (far-reaching and long-standing), and pesto. Someone mentions the G8 Summit that Genoa hosted in 2001. Silvio Berlusconi, then the prime minister, decreed that garlic be left out of the pesto served at the official lunch. Worse, he stipulated it be called “basil sauce” rather than pesto genovese. Citizens were horrified, and protested by throwing garlic at him. After other unrelated atrocities occurred, including the death of a protester, Beppe Grillo, the comedian and activist, declared that neither Genoa nor pesto were the same anymore. “You have a Berlusconi now too,” notes Panizza. I tell him ours prefers his steak very well done, a similar sort of travesty in America.

In a move to reclaim pesto and mark it with the Ligurian identity, in 2005, DOP regulations for growing basil were defined. In 2006, the Pra’ basil park, a formal property centered on the promotion and cultivation of the herb, was established. This summer, the Genoa airport created an exception to its no-liquids rule: Travelers carrying pesto made with DOP basil are permitted to fly with the purchase of a special stamp.

Does it ever become monotonous, all this pesto? “I think about pesto like chess,” says Panizza. “You have a limited framework, but within those limits, you have many possibilities. Every week, the basil changes, the cheese changes. But it’s also the same.” As he explains it, pesto is always a reflection of the present moment. It’s impossible to reproduce the same pesto on another day. It also depends on where you’re making it and eating it, who you’re eating it with, how you feel at that particular moment. “It depends on the stato d’animo,” he says. In other words, pesto is a state of mind.

Following the pesto trail, I arrive at the Arroscia valley in the foothills of the Alps. The garlic harvest, which runs from June to October, has just begun. Bunches of the small-headed allium are drying on open-air wooden shelves at the edge of a garlic field. Alberto Marini, a farmer, gestures to the garlic’s crepey necks and scraggly roots. “It keeps them alive,” he says. Several caramel-colored kittens doze in between the wispy piles, and Roberto Marini, another farmer, sits down with a handful of the dried bulbs, demonstrating how to braid them together. Roberto Panizza manufactures a pesto called Rossi, using this farm’s crop. “Other garlic is too spicy, not as delicate,” says Alberto, explaining why the local variety works well in pesto. “Also, garlic is good for your digestion.” (Italians have a minor obsession with how to achieve ideal digestion.)

Named for the miniature hill town of Vessalico, one of 11 pocket-size garlic-producing municipalities in the valley, the garlic has for centuries been planted, harvested, and intricately braided into reste. Each clove is sheathed in a deep purple-red husk and prized for its gentle aroma and subtle spice. In the 18th century, Vessalico was famous for its garlic festival, which, Alberto says, the garlic cooperative is attempting to renew and promote as a reason to visit this hidden corner of the Ponente, a word the Genoese use to describe the western part of the region. It means “coast of the setting sun.”

The Ponente is also olive oil territory. Mountain towns that trickle down from and climb up around Taggia are filled with wooden presses worn smooth from years of crushing juicy, spicy olive flesh into submission. Babbling brooks drift beneath bridges, villagers linger over coffee along piazzas, and everyone’s life revolves around the business of making some of the world’s most prized extra-virgin olive oil—the only kind acceptable for making pesto. Here, it’s commonly agreed that oil from neighboring Tuscany is too strong and spicy. As is the stuff from farther south. Like the local villages, Ligurian oil production is minuscule, especially the portion made from taggiasca olives, which yield a high oil-to-fruit ratio. Mild enough to allow basil to remain at the front of the formula, but distinct enough to add flavor, taggiasca oil is meant for good pesto.

Each community here maintains its own dialect as well as an olive oil–based economy. Paolo Boeri’s family has run the Roi olive oil mills in Badalucco since 1900. “The old men come here to unload their olives and drink. They sing, play cards, and take their focaccia like this,” he says, motioning to a tap from which warm, fresh-pressed oil is released during harvest season.

Taggiasca trees were first cultivated by Saint Columban monks in the 17th and 18th centuries, and when the wind blows the right way, it exposes the leaves’ silvery undersides, giving the landscape a constant, flickering sheen and earning the area the nickname Valle Argentina, meaning “silver valley.”