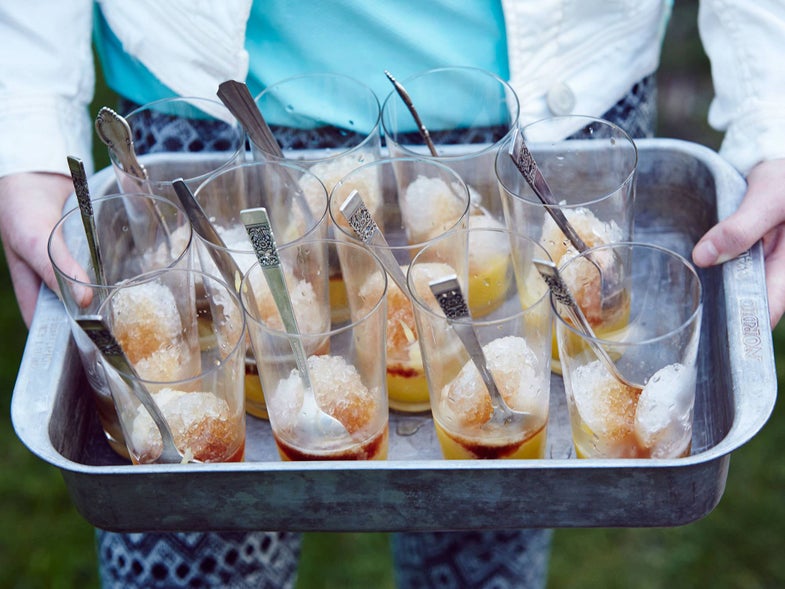 A Coca-Cola simple syrup is the finishing touch in this dessert of shaved ice and tangerine curd. Get the recipe for Cola Syrup. William Hereford
SHARE

Cocktail bitters and cinnamon transform cola into a dark root beer-like syrup for this refreshing dessert. Cookbook author Amy Thielen says to use any leftover tangerine curd as a spread on toast or filling for layer cakes.

Featured in: The Enlightened Entertainer