A true old fashioned is as simple as they come. Originally, the drink is said to have been created in the late 19th century and generally called for spirit, sugar, bitters and water. Whiskey was often used, as was brandy, and a version made with gin appears in the 1862 edition of the widely popular Jerry Thomas’ Bartenders Guide: How to Mix Drinks. Over the years, whiskey, specifically bourbon and rye, has become the go-to for the old fashioned as we know it today, and despite any evidence from the ’90s, no muddled fruits necessary. These are the best bourbons, ryes and other whiskeys to mix up the perfect old fashioned at home. 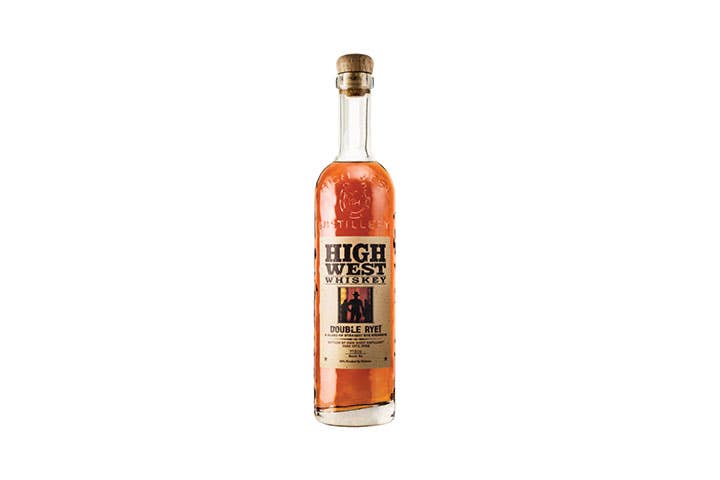 Utah’s very own High West Distillery has amassed somewhat of a cult following in recent years and for good reason: Not only does the brand boast the country’s only ski-in distillery and bar, High West Saloon in Park City, but its range of award-winning whiskeys is unlike any other. Holly Booth, the bar manager at High West Distillery, shares her thoughts on the best expressions for making a classic old fashioned. “While a variety of our whiskeys are delicious, I recommend Double Rye!,” she says. “With a balance of cinnamon, anise and honey, it lends a spiced and spirited flavor to classic cocktails like the old fashioned, perfectly complemented by the citrusy tang of the orange peel and sweetness of demerara simple syrup.” 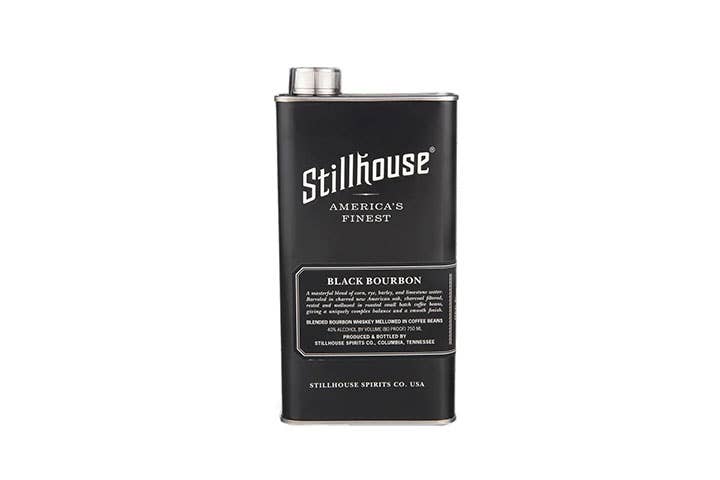 For those who like to spend time outdoors, there are few whiskeys better-suited than Stillhouse for making whiskey cocktails alfresco. Packaged in a stainless-steel flask-like bottle, this whiskey goes “where glass can’t,” and though it’s perhaps best known for its fun and approachably priced flavored whiskeys, Stillhouse also offers a higher-tier expression with a bit of age and added complexity. Classified as a bourbon, Stillhouse Black is a blend of corn, rye and barley along with limestone water that’s rested on craft-roasted coffee beans after spending some time in charred new American oak. This whiskey is nuanced yet unpretentious, making for a beautiful old fashioned, especially if you’re using deeper, darker ingredients like black walnut bitters and brown sugar, and it’s a perfect companion for fireside mixing. 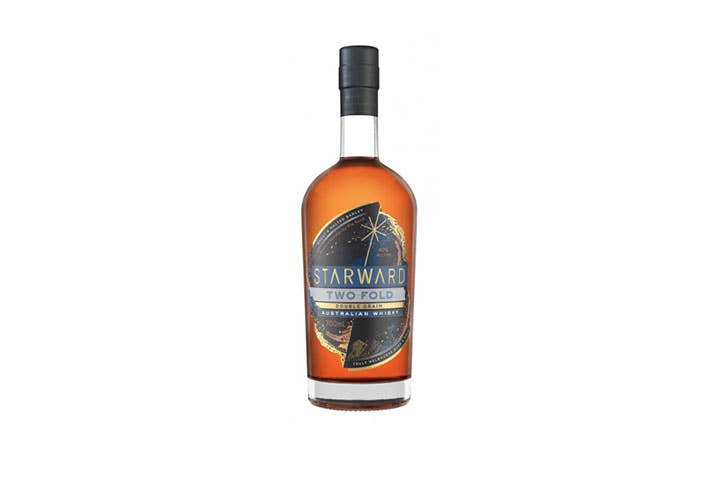 “Starward Two-Fold is nearly always my go-to whisky for almost anything,” says Leigh Anne Heidelberg, a bartender at Panorama Room inside the Graduate Hotel on Roosevelt Island in New York City. “In the case of an old fashioned, it’s a little extra special; an old fashioned lets the spirit really shine, and this one deserves a lot of attention. The Australian red wine barrels [impart] a really unique fruit quality that isn’t typical in whisky, and that’s what I love most about it. That added layer of deep red berries to the more traditional caramel and spice notes makes an old fashioned so much more interesting.” Heidelberg suggests using a combination of classic Angostura and Angostura orange bitters along with demerara and expressed orange oils with Starward’s Two-Fold, which together create a uniquely harmonious flavor profile of caramel, herbaceousness and ripe red fruits.

Best Splurge: 2021 Westward Benefit Barrel to Support No Us Without You 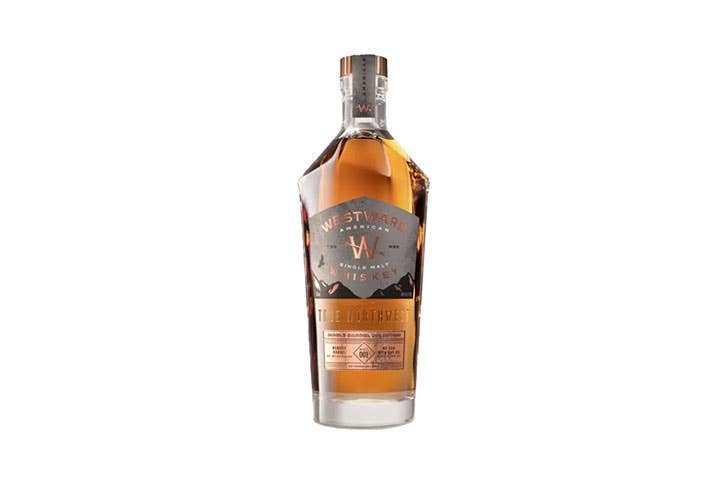 Buying whiskey is objectively fun, but nothing beats getting your hands on a bottle with a bigger purpose. Westward Whiskey’s 2021 limited-edition Benefit Barrel to Support No Us Without You is an incredibly special American single malt expression brought to life by lead distiller and blender Miles Munroe, benefitting two charities dedicated to providing relief to disenfranchised hospitality workers, undocumented immigrants and local homeless populations. (One-hundred percent of the proceeds from each bottle is donated to the cause.) The blend itself is a combination of two hand-selected casks barrelled on the same day five years apart, offering nutty, citrusy and minty aromas with rich, malty leather, tobacco and candied apple on the palate leading into a toasty finish of nuts and subtle fruit. Munroe’s single malts beg to be sipped on their own, but if you’re looking to experiment with this category, it might as well be for a cause. 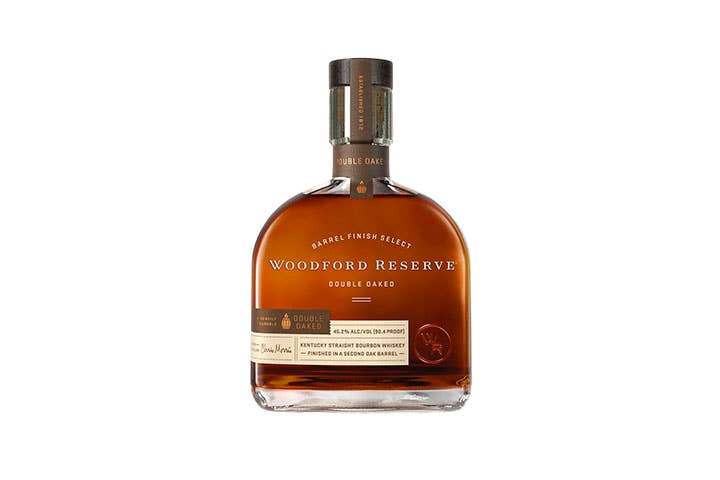 “Woodford Reserve Double Oaked makes a mean old fashioned due to its rich, complex flavors and heavy viscosity, which allow it to stand up to the sugar needed [in this drink],” says Shauna O’Neil, the lead bartender at famed Miami cocktail bar Sweet Liberty. “The notes of vanilla, oak, caramel and dark chocolate all complement the addition of bitters as well as the orange peel, while the second maturation in a highly toasted new oak barrel also adds a bit of smokiness, allowing the old fashioned to have a well-rounded, long and lasting rich finish.” 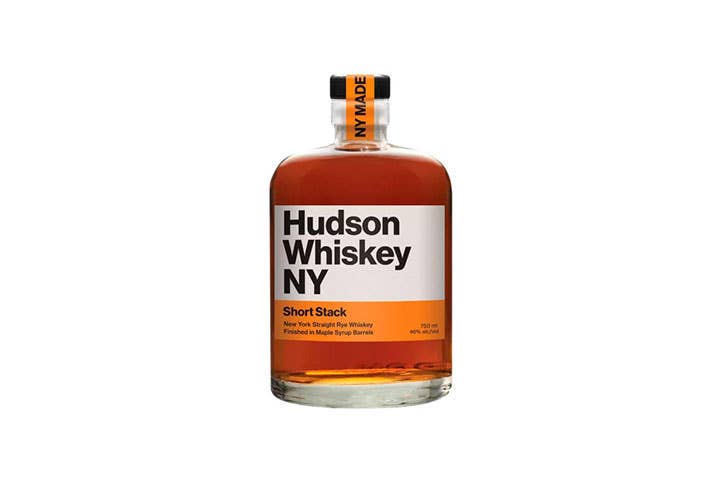 Bartenders often riff on classic recipes like the old fashioned, and maple syrup is a relatively popular alternative to sugar or simple syrup, bringing deeper, richer and more distinct flavors to the table. Maple makes an excellent companion to whiskey as the two often highlight one another’s complementary flavors (think brown sugar, molasses, baking spices and caramel), which is why New York producer Tuthilltown Distillery opted to finish a Hudson Whiskey NY straight rye in Vermont maple barrels for its Short Stack release. Try it in your next old fashioned, and you’ll be a believer too. 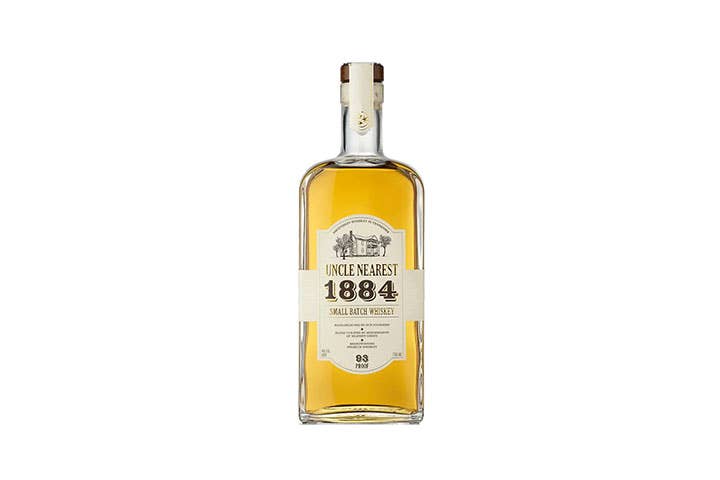 If you’re the kind of cocktail enthusiast who likes to venture outside the norm, Tennessee whiskey is a great option for making old fashioneds thanks to its bourbon-esque flavor affinities and reputation for being mild on the palate—a result of charcoal filtration—yet filled with nuance. Despite being relatively new to the market, Uncle Nearest is winning awards and currently regarded as being one of the best Tennessee whiskey producers. The distillery and brand are a tribute to Nathan “Nearest” Green, “the best whiskey-maker the world never knew” and the country’s first African American master distiller who perfected the process that today defines the Tennessee whiskey category. Uncle Nearest 1884 Small Batch is aged for a minimum of seven years and offers delicate notes of raw cane sugar, baking spices and puff pastry—a perfect whiskey choice for those who like an overall lighter, softer old fashioned with alternative craft bitters, such as 18.21 Prohibition aromatic bitters. 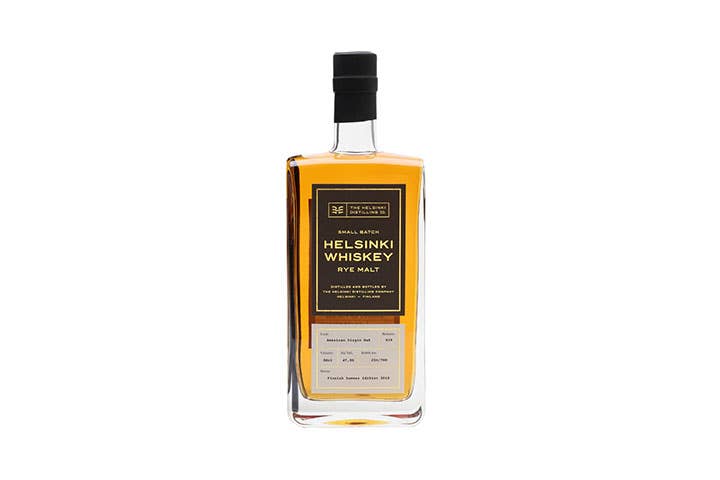 Crafted in the heart of Helsinki, this whiskey is unlike most ryes you’ve probably tasted. Distilled by local legend Mikko Mykkänen, the 15th release of The Helsinki Distilling Co.’s rye malt is made using local rye and barley, which undergo a malting process, setting this whiskey apart from what you’ll normally find in the rye section of your liquor store. It’s soft, round and rife with notes of caraway seed, toffee, vanilla and new oak on the nose and distinct black licorice, cocoa, coffee, baking spice and vanilla on the palate. This whiskey makes an excellent old fashioned, especially for those who enjoy heavy spice but appreciate subtleness in its delivery.

Features to Keep in Mind When Shopping for Whiskey

Before you begin shopping for your perfect bottle, it’s incredibly helpful to determine what sort of qualities you personally like in a whiskey, as going in with this knowledge will help you zero in on a category. Most old fashioneds are made with either bourbon (put simply, a whiskey made with majority corn) or rye, which is defined by a mash bill of at least 51% rye. There are many different kinds of bourbon and rye around the world, but generally bourbons have a softer, sweeter flavor profile, while rye whiskeys are much more spice-forward. Once you’ve figured out which category is best for your palate, you can then explore various brands and cask finishes to really narrow things down.

Whether you’re shopping online or at a brick-and-mortar store, you’ll usually be able to find tasting notes for any given whiskey included in its accompanying description (and if not, you can always chat with customer service or flag down an associate to ask). Common flavor notes found in bourbons and rye whiskeys include caramel, brown sugar, baking spices, vanilla, toasted oak and dried fruits. These are not actual flavorings that are added to the whiskey (in most cases, anyway) but are uniquely inherent to the individual spirit based on all the factors that surround its entire production process. If you’re not sure where to begin, simply go for a description and tasting notes that sound appealing to you.

Bourbons and rye whiskeys are generally at least 40% alcohol in accordance with U.S. regulation. If you like an old fashioned to pack a real punch, look for bottles higher in proof than the minimum—bottles labeled “overproof” (more than 50% alcohol)—if you’re really serious about it. Either way, just be sure to drink and serve responsibly, of course.

Q: Is rye or bourbon better for an old fashioned?

It all comes down to personal preference. If you like a mellow, softly sweet roundness to your old fashioned, you’ll want to use bourbon, while those with an affinity for spice will most likely prefer rye. Alternatively, you can use a combination of the two, which is exactly what High West chose to do when creating its very own ready-to-drink old fashioned, according to Booth. “Our goal in creating the High West Barrel-Finished Cocktails was to embody the essence of these classic cocktails while incorporating our distinct High West flair,” she says. “With a blend of bourbon and rye as the base, each has a unique added depth that sets it apart from other bottled cocktails.” High West’s barrel-finished cocktails are all rested in used rye barrels for added complexity and richness, and Booth recommends enjoying the old fashioned with a twist of both lemon and orange.

Q: What’s the best kind of glass for an old fashioned?

Old fashioneds are almost always served in an old fashioned (or rocks) glass or double old fashioned (or double rocks) glass. It’s smart to stock these at home as they make great multipurpose glasses for water, soda and a number of different cocktails, and they’re often stackable, which means more room in your cabinet for other types of glassware.

Q: What type of ice is best for making an old fashioned?

When serving a cocktail on ice, science proves that using a singular large cube translates to slower dilution than using multiple small cubes, as the former melts slower than the latter. You can find large cube molds relatively easily and inexpensively.

So now you know everything about choosing the perfect whiskey for making the perfect old fashioned at home. As with most cocktails, what matters the most is that the drinker is happy, whether it’s you personally or a guest at your bar; these things all come down to personal preference. But if you ask us, High West’s Double Rye! is a surefire winner for rye whiskey fans, and for those who prefer bourbon, our go-to is Woodford Reserve Double Oaked. Experimentation is always fun, however, and we have some incredible alternative picks on this list. There’s something for every old fashioned drinker no matter where in the world you might be.