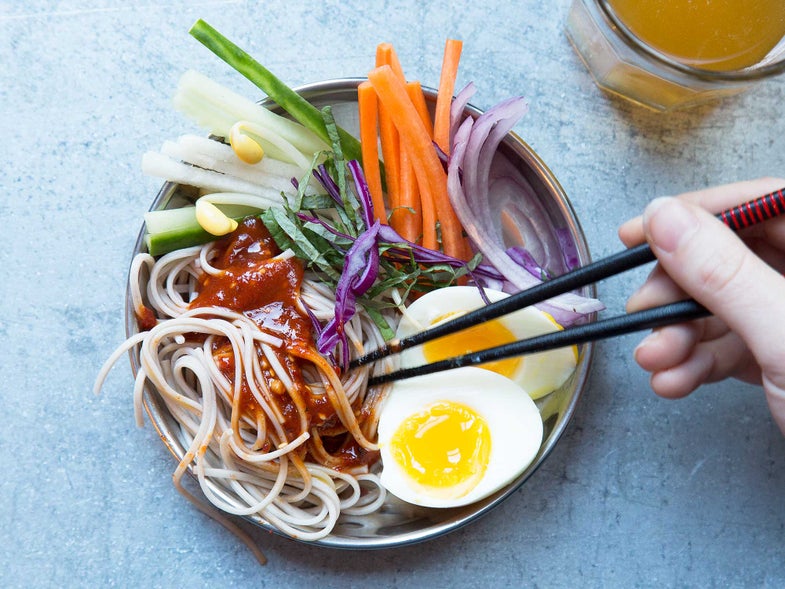 Don’t be fooled by the vegetable-heavy spread; this dish is sure to fill you up. A medley of thinly sliced vegetables is piled up with a mound of cold buckwheat noodles. They’re dressed with a slurpable spicy and savory gochujang sauce that makes for a Korean take on a chef’s salad.

Featured in: Korean Clam Soup for the Drunk Soul