For This Atlanta Non-Profit, Ripe Produce Is Everyone’s Right—Here’s How They Connect Foragers to Fruit 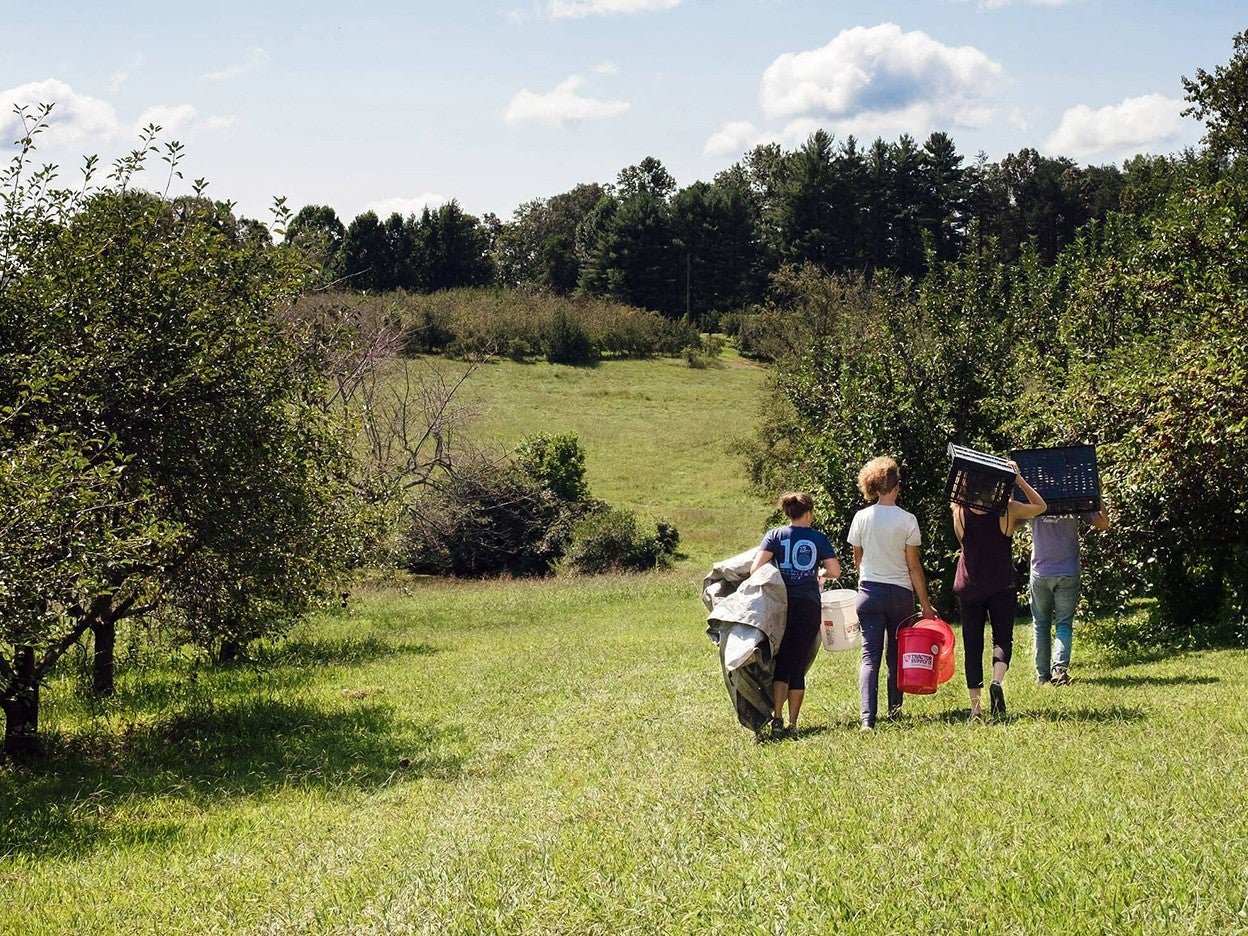 Food is more than what’s on the plate. This is Equal Portions, a series by editor-at-large Shane Mitchell, investigating bigger issues and activism in the food world, and how a few good eggs are working to make it better for everyone.

“The first version of Concrete Jungle’s food map had dumpsters on it, you know, to get bagels and stuff out of them,” says co-founder Craig Durkin, pushing his bicycle on the sidewalk while scouting mulberries in Atlanta’s Cabbagetown historic district, where cotton mill workers reportedly once grew leafy “cole crops” in their front yards. “And that’s sort of like how it felt overall when we were foraging, that dumpster diving was on the same level as picking apples from your neighbor’s tree.”

Concrete Jungle tracks a specific aspect of underutilized bounty in one of Georgia’s largest urban landscapes: whatever sprouts in the side yards, neutral grounds, and soft shoulders of a city with a frost-free growing season extending over 230 days. “We’ll go around, knock on people’s doors, and ask, ‘Hey, can we pick your fruit?” says Durkin, “And they’re like, ‘Get it out of here, please. It attracts so many bugs and squirrels.’”

The non-profit evolved from a neighborhood apple festival, launched in 2006 after Durkin and friends obtained a cider press and started sourcing fruit from neglected trees on public property within the city limits. When they gathered 3,300 pounds of apples two years later, the concept of donating overflow to families in need took shape. Then, in 2012, the gift of a half-acre tract in southwest Atlanta became Doghead Farm, a permaculture plot for growing vegetables that supplement Concrete Jungle’s fruit harvest. In 2016, their 501(c)3 status was formalized. Now, over 2,000 volunteers climb trees, plant crops, pick over harvested commercial fields, and deliver groceries to food banks and shelters. They’ve even used drones to hunt for ripe fruit.

A core tool of Concrete Jungle’s communal service is its searchable, crowd-sourced Fruit Tree Map, documenting over 3,700 trees and 20 varieties around Atlanta, and outward to Athens (70 miles east)—even pesky ones like black walnuts. (Durkin, who was born in Atlanta, once spent a long night driving back and forth over a big bag to crack them for nocino.) Anyone can add to the database, drop a pin for a discovery, and filter for ripeness. Other cities have similar shared resource initiatives, including Endless Orchard in Los Angeles and Not Far From the Tree in Toronto. They’re the future of urban foraging.

The sharing of edible or healing plant knowledge from one generation to the next was once integral to community, and also a key to survival. Only with the advent of industrialized agriculture did foraging become marginalized as a way to fill gaps in the cupboard during times of need. Adhering to it as an intangible aspect of food culture requires resolve to counter poverty narratives or hunter-gatherer society stereotypes. Atlanta’s Cabbagetown is referenced in the Foxfire Series because many of its residents were transplanted Appalachians of Scots Irish descent: mountain people accustomed to hunting ginseng and pokeweed. Djugun Elder Pat Mamanyjun Torres of the Mayi Harvests cooperative in Western Australia has helped put bush food like the tart gubinge, or Kakadu plum, into the kitchens of the continent’s top chefs. Hillel Echo-Hawk, a Pawnee and Athabaskan chef based in Seattle, owns Birch Basket Catering. She forages for spruce tips to make teas that appear on her menus and collaborates with I-Collective, which advocates for Indigenous food sovereignty. But in a region of the Deep South where anti-foraging laws prohibited formerly enslaved and tribal peoples from gathering wild foods—and food apartheid continues to create unequal and unhealthy landscapes, even ones with an abundance of fruit trees—barriers remain to reclaiming the practice.

Historically, interest in urban foraging has tended to coincide with difficult times. Two seminal works arrived amid societal upheaval in the last century. Vicomte De Mauduit wrote They Can’t Ration These (1940) as a response to the outbreak of war in Europe, when supply chains were interrupted by U-boats and subsequent shortages left grocery shelves empty in Britain; his “food-for-free” narrative served as a guide to hedgerow bounty—nettles, samphire, chamomile—temporarily replacing mushy peas and fried chips. As the environmental movement gained traction in the 1960s, a shy outdoorsman named Euell Gibbons became a pop culture hero with the publication of his wild food manifesto Stalking the Wild Asparagus (1962). His wholesome commercials for Grape-Nuts made “wild hickory nuts” a rallying cry for health food advocates, and a breakfast joke for cereal eaters unwilling to give Cap’n Crunch the heave-ho.

As the harvest season winds down in Atlanta—apples, muscadine grapes, and pomegranates are currently highlighted on Concrete Jungle’s food map—Durkin is looking forward to a post-pandemic revival of cooking classes and a nutrition program with community partners. After noting some new elderberries, he pauses next to a fig tree in an overgrown yard. “You put a fig seedling anywhere near the ground,” he says, “and it’ll turn into a giant.”

For more urban harvests, start with the Falling Fruit map, which identifies a half-million wild food sources worldwide. Please consider signing up for a foraging walk, mushroom hunt, or herbal class in your state through the Eat the Planet database.