What Are the People in Your State Searching for on Google Maps the Week of Thanksgiving? 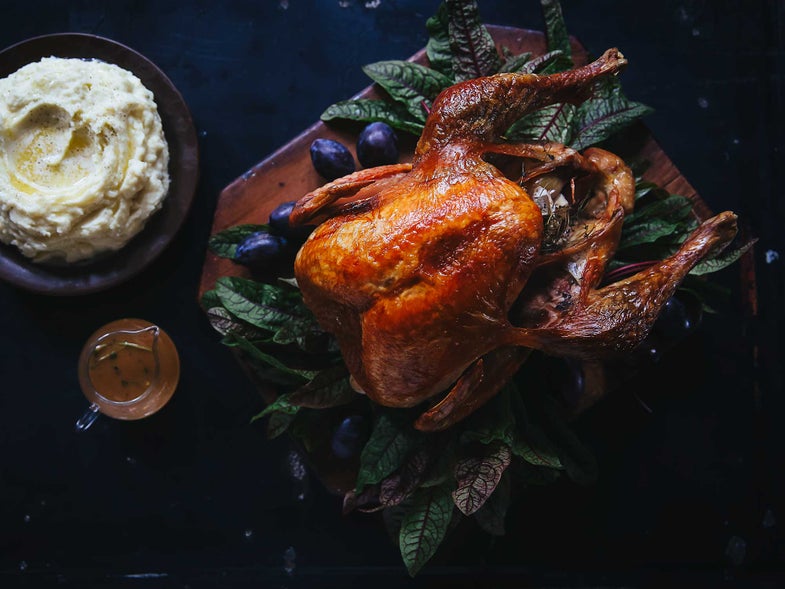 During Thanksgiving time, our brains automatically drift toward the smell of turkey wafting through your home, the taste of a creamy mashed potato when it hits your tongue, and the sweet sensation of topping of your dinner with a flaky pie.

But, according to a new list based on Google’s most popular searches during the week of Thanksgiving, each state has traditions that may not have anything to do with what’s on the plate.

To compile the list, Google analyzed map data from the week of Thanksgiving last year and compared it to searches two weeks prior and two weeks after the holiday.

Across the board, the most popular search among eight states during the week of Thanksgiving was for a plant nursery, and of course we all know Thanksgiving gets shafted by all pre-emptive Christmas decor, so as Travel and Leisure assumed, this was probably for people looking to buy a Christmas tree.

People in Arkansas, Mississippi, Georgia and Kentucky were primarily searching for a deli, while West Virginians and Washingtonians were searching for restaurants. Whereas people in Vermont, Maine, Delaware and Oregon already knew they’d need some alcohol to get through this family holiday, with their top searches being for bars, breweries and vineyards.

According to the data, ham shops have a peak popularity on the day before Thanksgiving nationwide.

In New York City, bakeries, pizza delivery services and restaurants serving barbeque, chicken and Chinese food are all popular the day before Thanksgiving and during the afternoon on Thanksgiving day. Some New Yorkers are seeking solace from the holiday and the Macy’s Day Parade, with the third most popular entertainment search being for a spa.

The people of Atlanta know how to throw a party, with their most popular searches being grocery stores and liquor stores, peaking on the day before Thanksgiving and around lunchtime on the holiday.

To see where your city and state stacks up in comparison, check out Google’s list here.