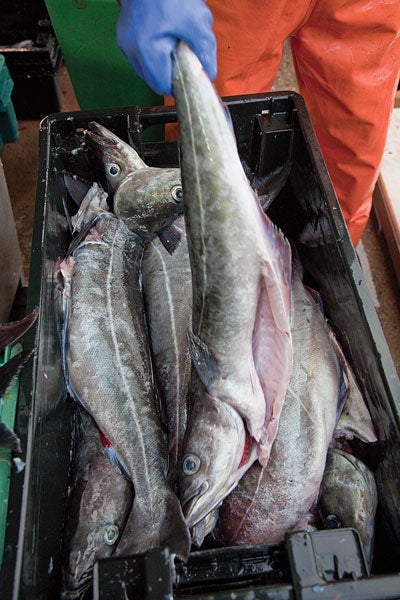 Community-supported agriculture is popular for good reason, but how about community-supported fishing? Last year more than 1,000 people living in and around Boston, Massachusetts, including me, paid up front for 12 weeks’ worth of delicious, fresh-caught fish from Cape Ann Fresh Catch, the first community-supported fishing program in the state. The program was started in 2009 by the Gloucester Fishermen’s Wives Association, an organization that supports the area’s fishing families. CAFC lets the rest of us help out as well. The more of us who buy fish from CAFC, the better it is for the fishermen: they get to sell whatever they haul in (as opposed to having to chase a single type of fish in distant waters), and they get more for their catches than they would typically get selling it on the market. And for a home cook like me, having a ready supply of seafood that’s been caught practically outside my front door has been a huge inspiration in the kitchen. One day it’ll be meaty cod, which I like to roast with garlic, parsley, and butter; another day it might be flaky pollack. The fish from CAFC comes whole, so I’ve had to learn how to filet and debone. I’ve also become a fan of cooking the fish on the bone, which keeps the flesh so moist and flavorful. —Michele DiPalo, Waltham, Massachusetts