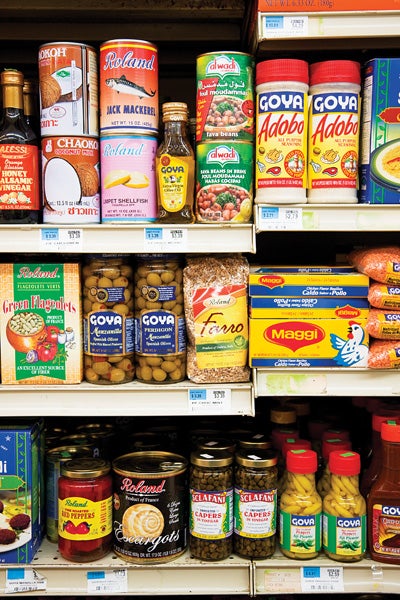 Visit any American supermarket, and you’ll probably find a “gourmet aisle,” its shelves lined with imported foods: jars of dark green capers from Italy, cans of Thai coconut milk, bottles packed with pimento-stuffed olives—all manner of ingredients once considered exotic. I’ve loved these aisles since I was a food-obsessed teenager, when the brand names spoke to me of lost worlds: Goya, like the painter; Maggi, which recalls the Biblical wise men; and—my favorite—Roland, named for King Charlemagne’s most trusted knight. Roland’s packaging—labels adorned with drawings depicting the can or jar’s exotic contents, be it limpets, escargots, or flageolets—has always charmed me. The Roland company was founded in Paris in 1934 by German Jewish refugees Bruno and Suzanne Scheidt. In 1940, the couple immigrated to New York City, where they set about importing dried mushrooms from France. Seventy years later, the Roland company is still family owned, but it has grown tremendously. With 1,400 different foods imported from more than 50 countries, Roland offers a range of tastes that truly could be called epic. And the appeal of its gourmet products—mackerel from Chile, fire-roasted peppers from Spain and Peru, vinegars and oils, truffles and grains, olives and preserved fruits—is as strong as ever.