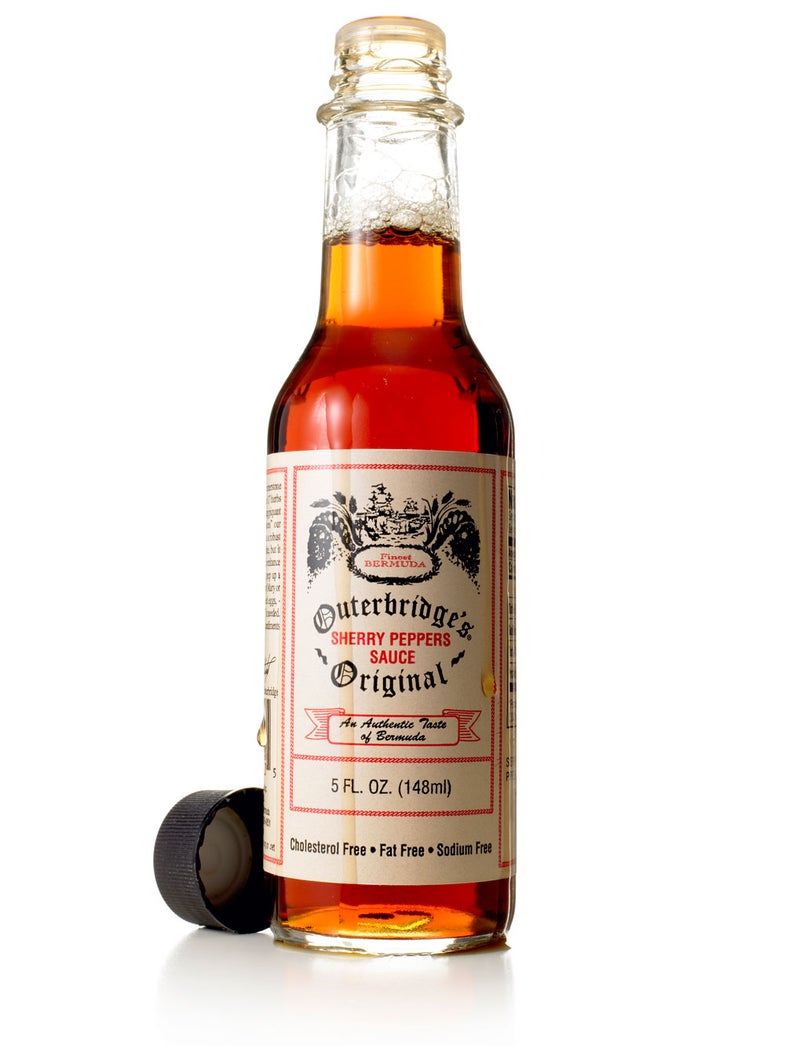 On my first trip to Bermuda, I arrived at my hotel hungry and immediately ordered room service: a salad, a burger, and a bowl of Bermuda fish chowder. Along with the meal, the server presented two small pitchers: dark rum in one and something called sherry peppers sauce in the other. Then she exited, leaving me to puzzle, were these for the salad? It was far too early for rum—even as a condiment. But I eventually figured that if the dressing had sherry in its name, it must be meant to finish the chowder, like you would with a New Orleans turtle soup, for instance, or lobster bisque. Sure enough, one swirl in the bowl and I knew it was a match. The clear, bronze liquid added a nutty, spicy dimension to each spoonful of the tomato-based broth. In fact, the sauce was so addictive that I drizzled some over the burger, and it, too, was enlivened by its brightness.

As it turns out, the story of sherry peppers sauce begins in the ship holds of Britain’s Royal Navy. Resourceful sailors would steep piquant chiles in barrels of sherry until the fortified wine was suffused with their heat, and then use the resulting seasoning to mask the taste of spoiled rations. Eventually, enterprising natives of this way station between England and the American colonies took to growing pequin peppers, a blistering jewel of a chile, which they would sell to the sailors to spice up their sauce. Thus, a Bermudian staple was born.

The island’s most ubiquitous brand, Outerbridge’s Original Sherry Peppers Sauce, was created in 1965 by Yeaton Duval Outerbridge, the scion of a family with a 400-year Bermudian pedigree. Made with sherry infused with rosemary, thyme, garlic, plus an island pantry’s worth of other herbs and spices, and girded by a lasting chile burn, the bottled elixir is classically paired with Gosling’s Black Seal Rum as an accompaniment to chowder. But as I discovered when I brought several bottles back home with me, in addition to making a fine condiment, it’s also a sensational base for marinades for all kinds of grilled foods. Sweet and hot, it perks up charbroiled chicken, ribs, whole fish, and even vegetables. Best of all, it adds a touch of elegance to the bloody marys I sip while tending to the flames.