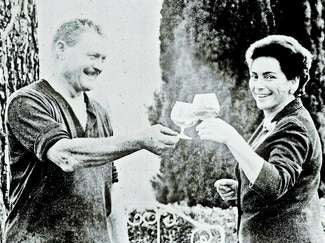 If I get to come back again, I’d like to be a Peyraud.

I’m sure that I’m not alone. It is hard to imagine that anybody will be able to read Richard Olney’s new cookbook without wanting to join the Peyraud family.

In 1940, Lulu and Lucien Peyraud went to live at Domaine Tempier—in the Mediterranean coastal town of Bandol, about 30 miles southeast of Marseille—a property that belonged to her family. At the time, it was a farm with no electricity, no telephone, no running water. They raised seven children and most of their own food there, created what is widely considered to be the finest winery in the region, and still had time to sail boats, travel, and entertain—with an elan that makes Lulu sound like Martha Stewart with a Provençal soul.

Listen: “When Lulu receives, the table is laid in advance to feast the eyes of arriving guests. In good weather, the faded rose and ochre souvenirs reflected in the façade of the old house form a background to the long table on the terrace: wineglasses sparkle in the dappled light that filters through the leaves of vines and trees and a playful motif—garlands of wildflowers or a still-life of ratatouille vegetables—provides an accent of color … Paule is often in the kitchen, Catherine arrives with sumptuous desserts … François takes charge of open-fire roasts … Jean-Marie chooses and serves the wines.”

Who wouldn’t want to join them? As lovingly chronicled by their neighbor, the author Richard Olney (Simple French Food), life chez Peyraud sounds just about perfect. For nearly a year Olney sat in their kitchen, taking notes as Lulu cooked, breathing in the aroma of wine and garlic, and absorbing the life of the family. He writes with deep affection—and occasional exasperation.

He takes us into the kitchen with him, and we watch him struggle to get the recipes down as he and Lulu argue about ingredients. This narrative form makes for long recipes: The one for bouillabaisse stretches across 13 pages (plus three for the accompanying aioli) as we follow Lulu down to the fishing boats and into the herb garden. We wait as her son François prepares a fruitwood fire for the dish and hold our breath as Lulu pours the soup into an antique copper caldron and adds the fish.

She throws some mussels into the pot. “Maybe [they] are overcooked,” says Lulu, “but it is the flavor that counts—I put them into the pot before adding the fish so they won’t get in my way when I serve….” That makes sense. But then Olney adds, “Shortly after taking these notes I assisted at the preparation of a beautiful bouillabaisse in which the mussels were added after the fish.”

In another wonderful culinary exchange Olney tries, with great difficulty, to get the precise recipe for stuffed baked onions. “My original notes for this stuffing called only for the chopped insides of the onions, garlic, anchovy and seasoning,” he writes. “I figured it needed some body so I asked Lulu to go over it again. She began by saying ‘I always make stuffed onions when I have leftover roast lamb at hand.'” But, protests Olney, the last time she cooked onions she had used anchovies, not meat. “Oh, did I?” replies Lulu. “Well, of course.” Before she has finished, egg and wine suddenly come into the recipe as well.

There is enormous charm in all this. With each recipe you learn a little more about Lulu, her family, and a way of life that is vanishing, even in France.

But this is not one of those beautiful dream books that will live only on your bedside table. Lulu has a lot to teach anybody she invites into her kitchen. Lulu’s method for grating bread crumbs, for instance, is ingenious. “She scatters dried bread crumbs over all fish to be baked and over most vegetable gratins and insists that they must be slightly coarse and irregular in texture. To achieve this texture, she rubs together two broken ends of dried-out baguette over the dish.” So that’s what you do with old baguettes!

Lulu has a unique way of peeling tomatoes, scraping the skin off with a few strokes of the knife. Don’t try this with unripe tomatoes; it won’t work. In fact, Lulu does not hold with out-of-season tomatoes: Even in Provence, she says, canned tomatoes are best in the winter.

That is what is ultimately so appealing about this book. In spite of her garden, her herbs growing by the kitchen, her endless supply of fruitwood, the fishermen down the road, and the setting sun over the vineyards, Lulu’s book is never precious.

What’s more, the recipes work. Almost everything I have cooked from this book has been wonderful. Lulu’s Tapenade, a mixture of olives, anchovies, capers, olive oil, and winter savory, is made in a flash in the food processor—with Lulu’s blessing. You may have a momentary twinge of regret that you aren’t using home-cured anchovies as Lulu does, but it’s a regret that disappears with the first pungent bite.

One night I made Lulu’s Squash and Mussel Soup, a surprising combination that turned out to be one of the most delicious things I’ve ever eaten—and was remarkably simple to cook. I followed it with Pot Roasted Leg of Lamb with Black Olives, one of those company dishes you put into a pot, cook for a few hours, and serve to cries of deep appreciation.

On the other hand, I didn’t even try the recipes with notations like the following: “If possible, use a 6-month-old farm chicken that has had space in which to run and a natural diet of grains, green stuff, worms and kitchen leftovers.” I can’t remember the last time I was aware of the age of my chicken, much less his diet. I stayed away, too, from the recipe that said, “If the rabbit is from your hutch, leave the head attached.”

More from The Saveur Cookbook Club 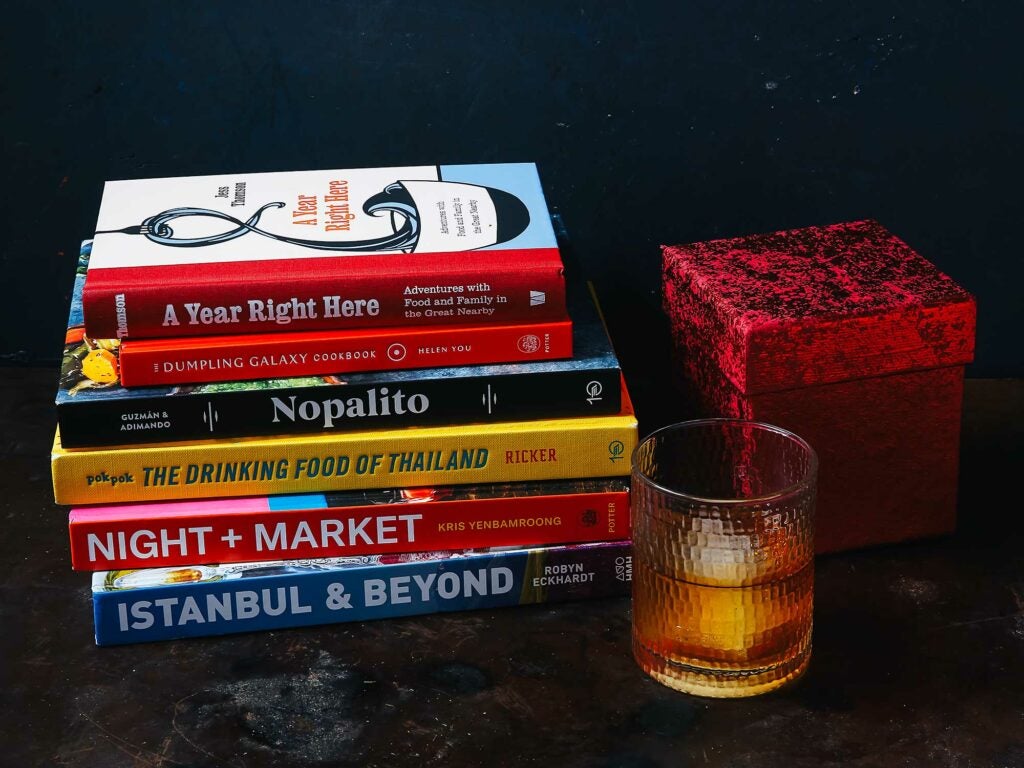 Each month, our Cookbook Club digs deep into a cookbook and shares our progress online.

But I thought most of the vegetable recipes would be safe, and they were not. Lulu’s recipes are for vegetables that have pushed their way through the hard earth of Provence, and every dish I tried was dull and watery and left me wishing for a garden. Fruit recipes are likely to be disappointing as well. The recipe for Apricot Tart begins, “Bad apricots are mealy and flat-tasting.” I passed it by; almost every apricot I’ve ever eaten has been mealy and flat-tasting.

But surprisingly few recipes call for hard-to-find ingredients. This is country cooking from a very sensible woman. After a while you find yourself reading through recipes wondering what Lulu would say if she were standing beside you in your kitchen. And so you throw a couple more cloves of garlic into the pan, and take a sip of wine before you add it to the pot. Cooking with Lulu is always a pleasure.