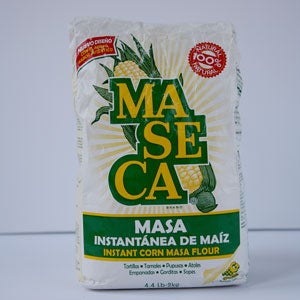 Cooks in Texas often add finely shredded corn tortillas to soups and stews while they cook; as the tortillas dissolve, they add thickness and the subtly nutty taste of ground-corn masa, the dough used for making tortillas. You can achieve a similar effect by using masa harina instead. Available at Latin American markets, masa harina is the powdered form of fresh corn masa. Adding it (instead of standard cornstarch) to dishes like Woody Desilva’s Championship Chili at the end of cooking will not only thicken the stew beautifully but also lend a delicious hint of masa flavor.