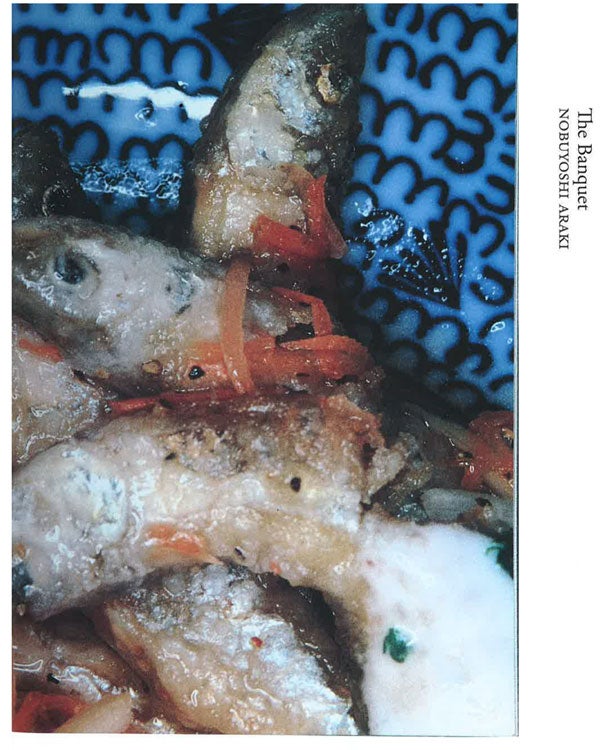 When photographer Nobuyoshi Araki’s wife, Yoko, was diagnosed with a terminal illness that left her with little time to live, he began to document their meals together, shooting each dish that they shared. The resulting photographs, published in Japan in 1993 as Shokuji, have been repackaged for English-speaking audiences as Nobuyoshi Araki: The Banquet (Errata Editions, 2012). The book contains some of the most powerful food photography we’ve ever seen. The dishes, shot close up, are messy and graphic, at times more evocative of human bodies—flesh, blood, and hair—than of food. Charged with erotic energy and a sense of loss, the images are vivid, unsettling, and unforgettable.