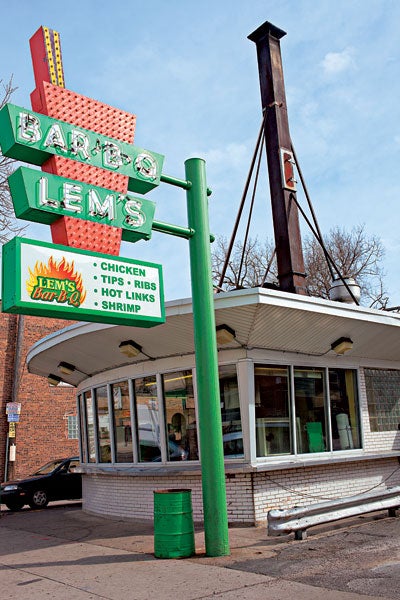 Unlike Carolina’s pig pickings and the beef smoke pits that began as annexes of butcher shops in central Texas, Chicago’s barbecue started elsewhere. With the blues, it traveled up the Mississippi to neighborhoods where African-Americans found jobs and community. And like the blues, it originally was rural but developed a thundering urban personality. What electrical amplification did for the music, sauce did for the barbecue. With its main tributaries being Mississippi, Memphis, and eastern Arkansas—places where sauce matters—South Side barbecue earned its chops with sauce that is thick, sweet, hot, and as devastating as Junior Wells’ harmonica riffs in “Lawdy! Lawdy!” In Chicago’s great parlors, sauce is as important as the meat itself. Hence, the white bread slices on every plate. What better way to sop up every last drop?