Tortillas: The Most Elemental of Foods

Tortillas are Mexico's most cherished food 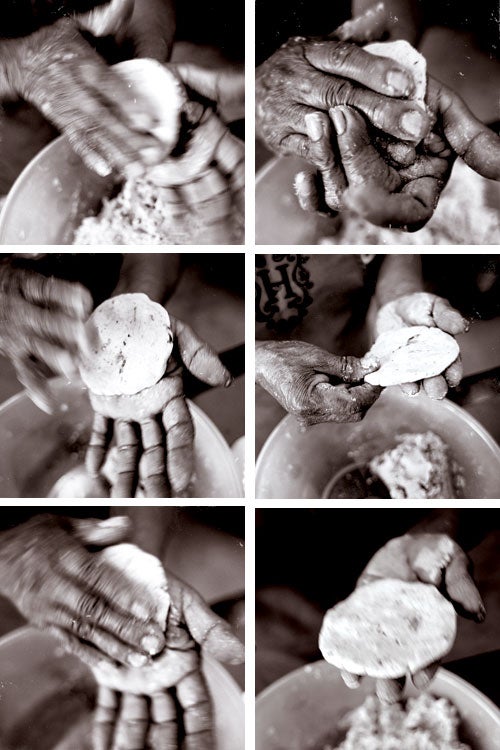 The tortilleria near our home in Mexico City was dark and tiny, with a machine that spat fresh tortillas out onto a conveyor belt, which carried the hot, puffy disks to a counter up front. The ladies who worked there would wrap a kilo in the cloth I’d brought with me. They were steamy and almost too hot to touch. As soon as I got home, I would sprinkle salt on one, roll it very tightly, and squeeze it so it stuck together. Our nanny nicknamed it pegada, the word for “stuck.” I miss tortillas pegadas. I don’t know if I ever went a day without eating tortillas in Mexico. It’s the country’s most cherished food. I like to think it was a huge moment when Mesoamericans figured out how to unlock corn’s nutrients through nixtamalization, the soaking of the grain in a slaked lime solution that makes the corn more digestible and easier to grind into the substance called masa, the base for corn tortillas. Of course, tortillas are different everywhere. There are wheat-flour tortillas, beloved in the north, and thicker tortillas in the Yucatan (pictured) that are made, often by hand, from corn washed so thoroughly that the grain becomes as white and soft as wheat flour. In Mexico City, the tortillas are rougher, with bits of corn still visible. When you spend so much time with a foodstuff, you begin to know it intimately; every household develops its own quirky ways with the tortilla. My favorite innovation was my grandmother’s tacos de barriga, “belly tacos.” She and I would go to the tortilleria, and as the tortillas came out onto the conveyor belt, she’d take a knife and cut off the thin layer that puffs up during cooking, the part that looks like a pudgy belly. She stuffed these tortillas with chicken, rolled them up, and fried them. They were so fine, like puff pastry. From a very young age, I knew that a tortilla could be anything.

See our step by step instructions for making fresh corn tortillas »
Watch our video of making tortillas in Puebla, Mexico »

Roberto Santibañez is the chef-owner of New York City’s Fonda restaurants and author of Tacos, Tortas, and Tamales_ (Wiley, 2012)_